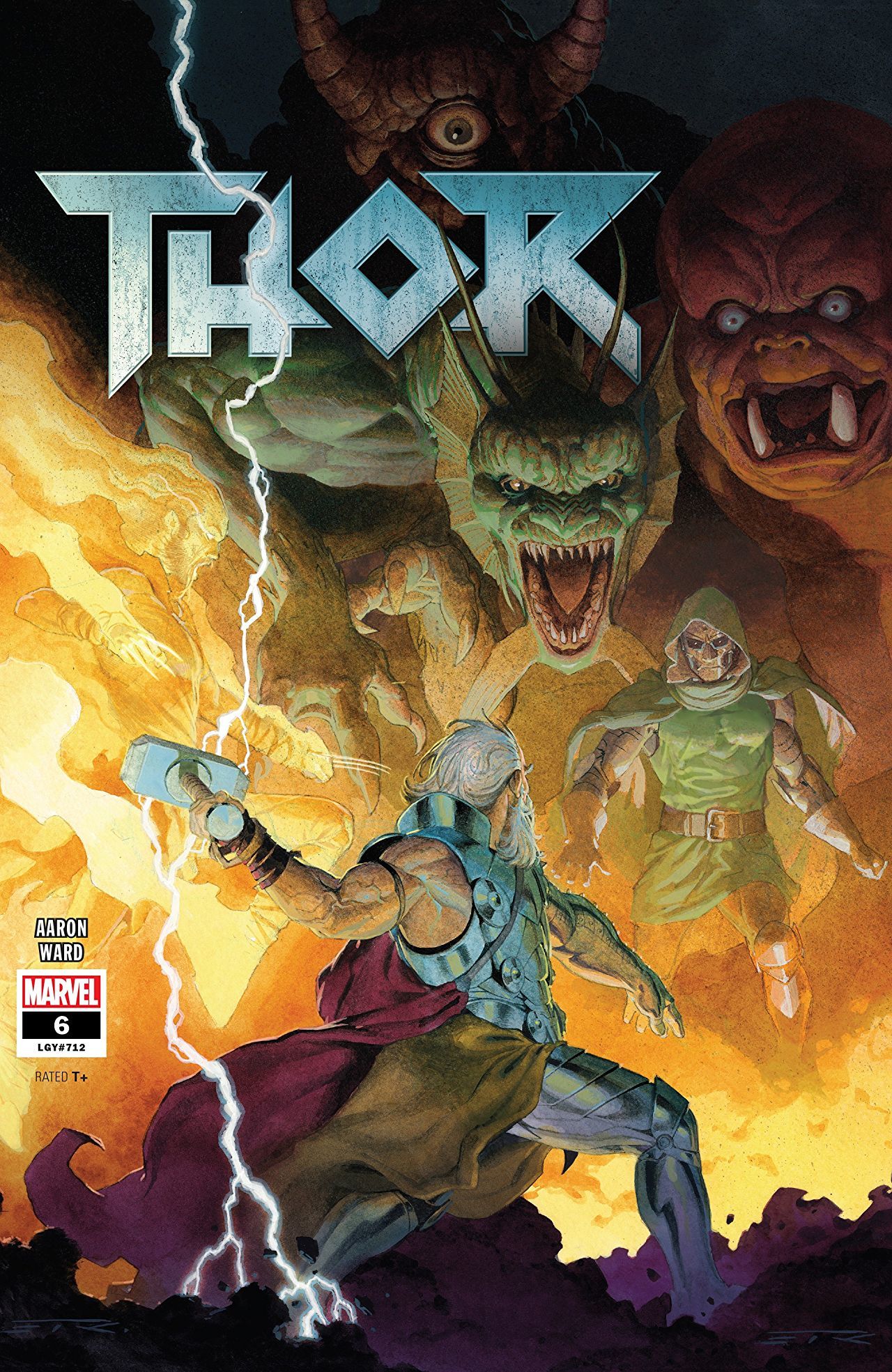 It’s rare that I read a comic book so good that I put it down, look up and say out loud, “Does anyone realize what’s taking place here?” This happens with me every single issue since Jason Aaron started writing Thor six years ago. The perfect blend of ancient myth, modern day storytelling, and superhero comic ridiculousness, Thor is enough to renew the hardest cynic’s faith in mainstream comic books.

Issue #6 picks back up in the desolate future at the universe’s end where King Thor struggles to maintain the realm he’s sworn to protect to the bitter end from one of its last real villains…and I don’t know why I was surprised at who it turned out to be. If there were anyone who would go out of their way to outlast literally everyone else in the universe, it would certainly be (redacted). 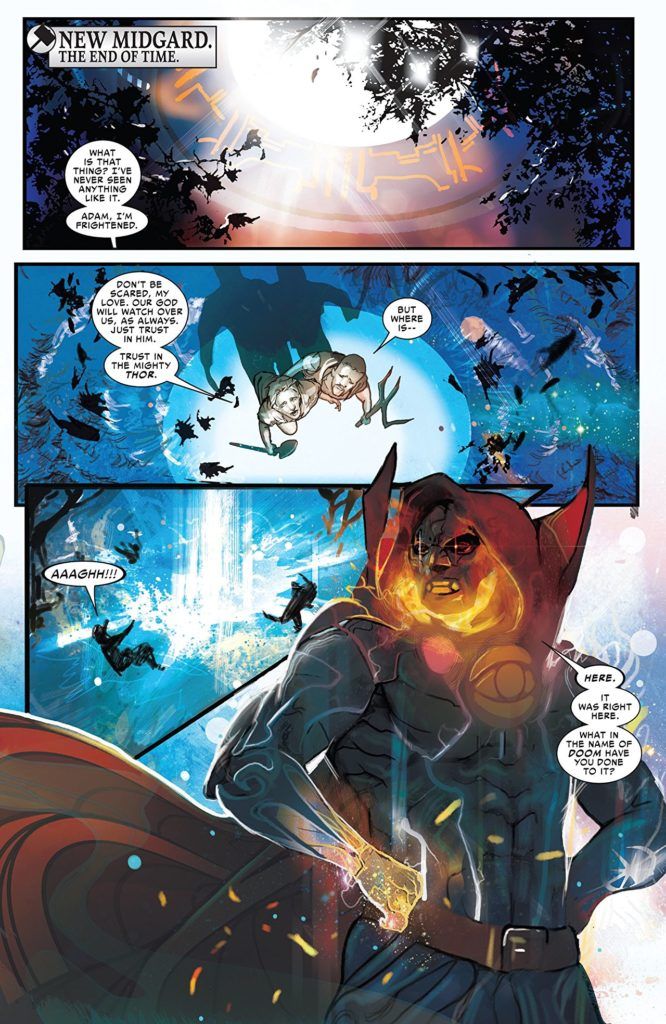 The majority of the issue is dedicated to the major slugfest between cosmic titans while also telling a smaller yet smart slow burn of a side plot teasing a terrifying threat to come. Everything about this story reads like the of stuff of ancient legend yet still so fresh, fun and unrestricted. Aaron has devoted so much time and panel space to developing this universe that feels familiar yet unlike anything else Marvel is doing right now. With all the world building Aaron has laid out, it feels like he’s showing off at this point and it’s a constantly exciting read.

Christian Ward’s artwork strikes me as the most intense and emotional ancient tome I’ve ever seen. Every blast, every giant fireball looked like a legendary myth retold on the side of a cave or along the ceiling of a lost temple. The linework, the symbolism…everything comes together beautifully to engulf Aaron’s script in Phoenix fire.

The Bottom Line: Yet another gorgeous glimpse into a bleak yet still exciting and dangerous future. King Thor maintains this book’s time on Olympus as one of the best things to happen to Marvel in the past two decades.