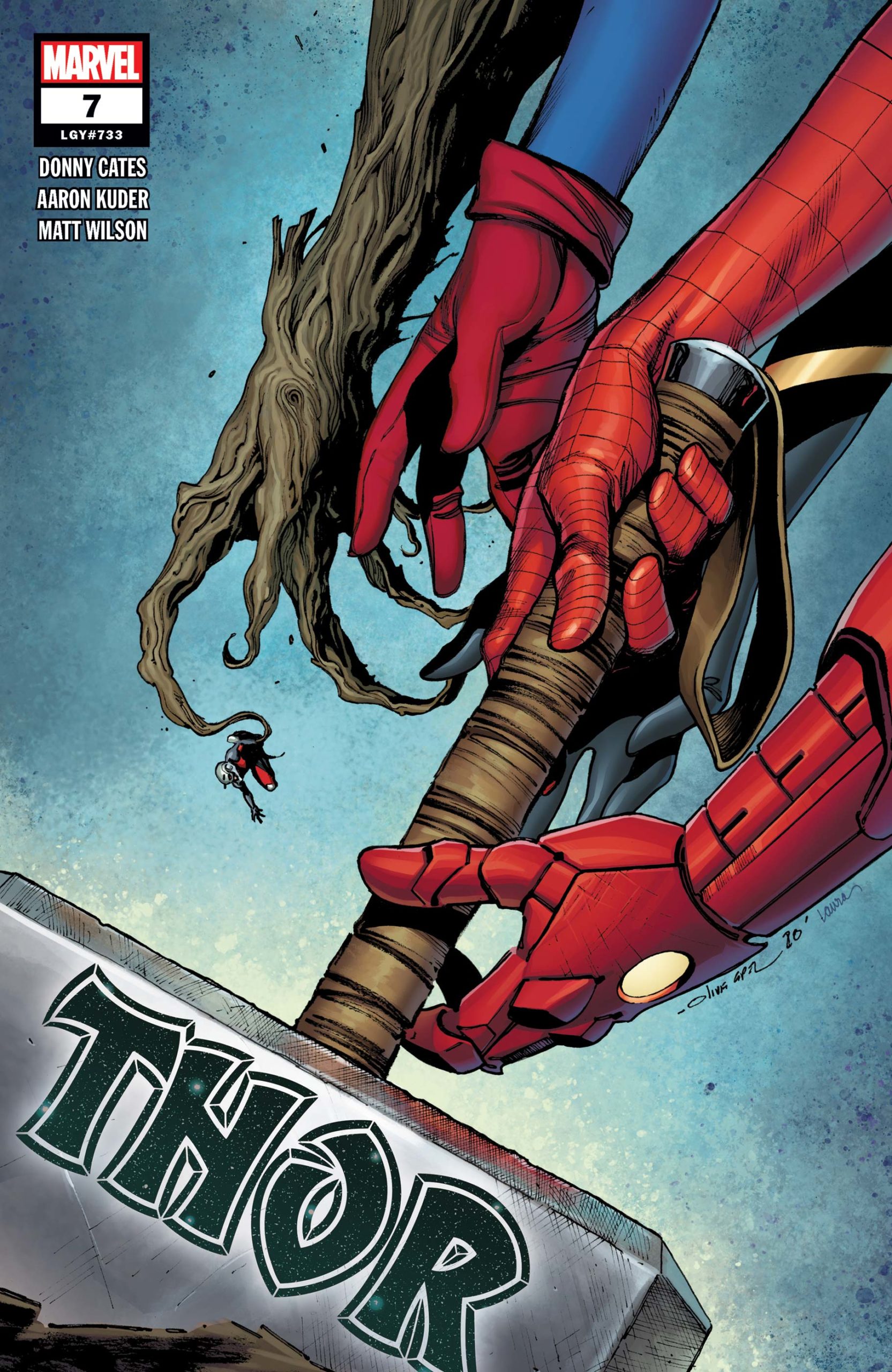 With the death of Galactus and The Black Winter last issue, Thor is clearly the greatest hero in the galaxy. Odinson struck down the World-Eater, drained him of his power cosmic, then turned him into armor and bones. The Black Winter tried to snatch up his herald’s body when Thor sent a monstrous lightning strike at Galactus’ body, using him as a bomb to take out the Black Winter for good.

If you haven’t been paying attention, Donnie Cates has been serving up top notch Thor writing for our reading pleasure. He currently has the God of Thunder consumed with the black snowflake that came trickling down after the explosion to show Thor his one true end. Aaron Kuder steps in to draw this one, but it’s been Matthew Wilson, the best colorist in the game, who gives Thor life!

With him being such a begrudged King, it was interesting to watch Thor fall back on the idea of loyalty, as he seeks out Beta Ray Bill and enlists his services and intel. Straight bars came flying out of Bill’s mouth, after the beat down he suffered in issue #3.

Witnessing Thanos pulling up with an infinity stone studded Mjolnir and gang of zombie heroes ready to eat your face off, will quickly humble you and force you to rely on your ride-or-dies.

The town is abuzz with it’s second Thor related interaction. Mjolnir crash lands in a field next to Adam Aziz’s body shop and the media comes running. You’re going to want to remember that name because he becomes someone that will be causing quite a stir in the coming issue(s).

My favorite part of reading this comic was jerk-mode Tony being all pissy because Adam Aziz called his personal cell to help with the unliftable God hammer in his backyard. One look at the engraving was all it took to put a giant smile on my face, and I know I’m not the only one!

Mjolnir’s issues, it landing in Broxton and the subsequent suitors of the hammer will be next issue’s focus, and I’m excited to see that. “The Devourer King” arc was some of the most epic storytelling I’ve ever seen, so Cates is dialing it back a bit and bringing us some homegrown fun with “Hammerfall”. This issue wasn’t meant to blow your socks off, but Thor is certainly headed in a good direction.

8 Galactus Helmet Decorations out of 10