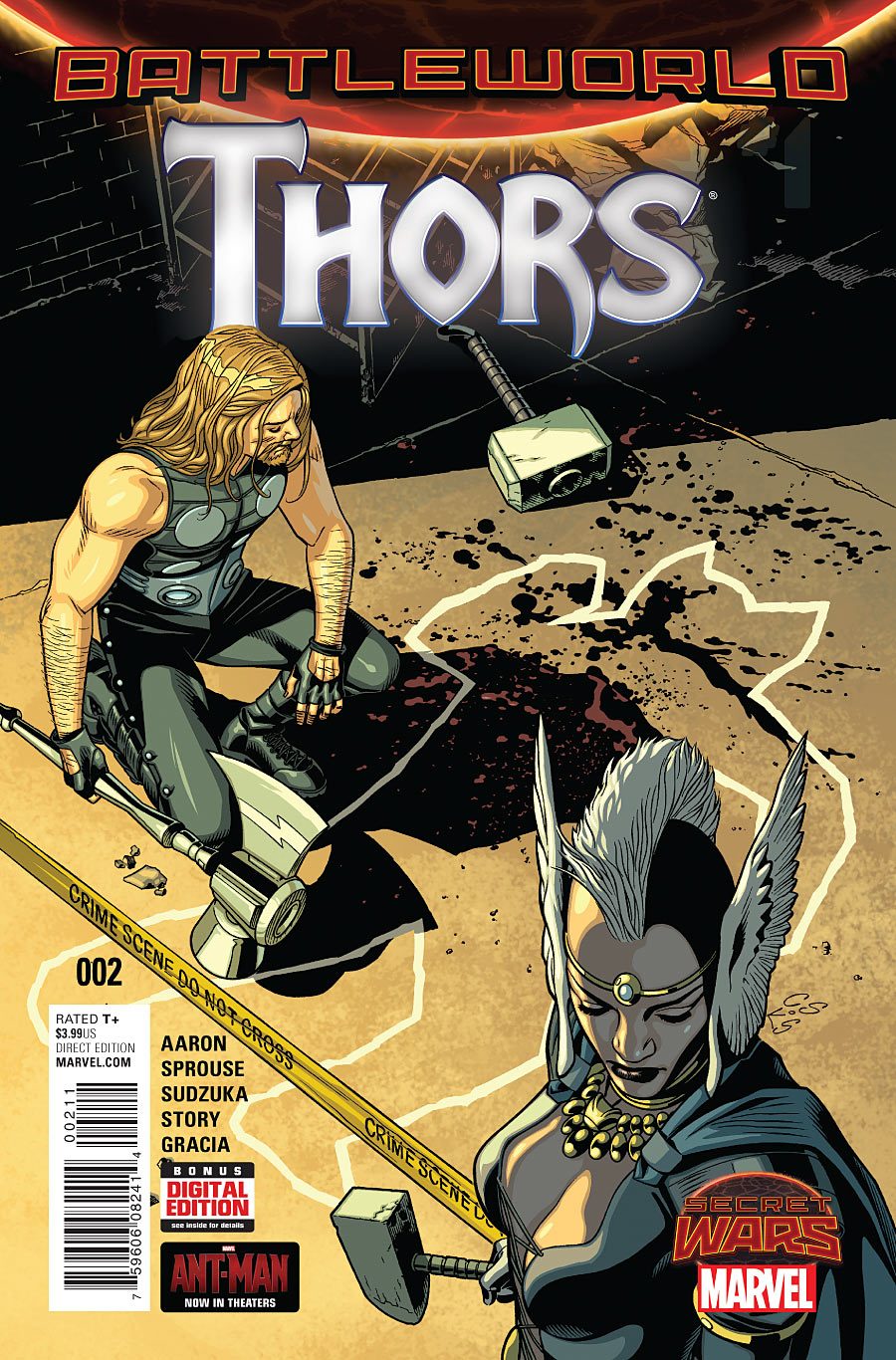 Okay, some of you aren’t going to agree with me. Some of you are going to stop reading this review right here and proceed to trolling me on Twitter. I’m going to say it anyway. Ten years from now, we’re going to be talking about Jason Aaron’s tenure writing Thor comics. God killers, necroswords, SHIELD girlfriends, and fighting everything from the patriarchy to GALACTUS HIMSELF? Aaron has made it his personal business to remind us why gods are legendary… particularly The God (and Goddess) of Thunder. But this time, in keeping with the refreshing wackiness of Secret Wars, Aaron has taken the story in a fun, new direction, basically making Law & Order with hammers.

Issue #2 picks up where we left off with the Thor Squad mourning the loss of one of their own. Meanwhile, there’s still work to do as our heroes are still hot on the trail of a serial killer leaving victims all across Battleworld. It’s actually pretty incredible how Aaron seamlessly fuses together the best of both worlds: the magic and mysticism of the Asgardian lore we all know and love mixed with the kind of hard-charging bar rousting you’d expect to see on The Shield. 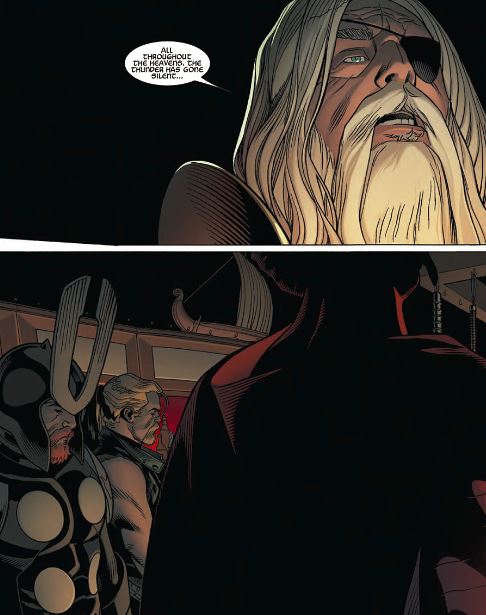 However, the book’s weakest link sticks out like Wheelchair Jimmy from Degrassi in a rap beef (too soon?). The showdown between two signature Thors we would normally love to see face off is where the genre-crossing magic seems to fade. The battle wanders away from the storytelling model in a way that’s really distracting, considering we’d been spoiled with such innovative narrative up to this point. Chris Sprouse and Goran Sudzuka team up on the artwork this week and normally I’d be worried about differing art styles conflicting to a point that takes away from the narrative. Fortunately, none of those shenanigans took place here. Most of the panels were smooth transitions and well thought out enough that we can, for the most part, count this one as a success.

Bottom Line: Despite one glaring detour from the narrative style, Aaron continues to amaze and astound with this book. A fun, slightly flawed offering that tries not to do much to slow the plot down. 8 out of 10