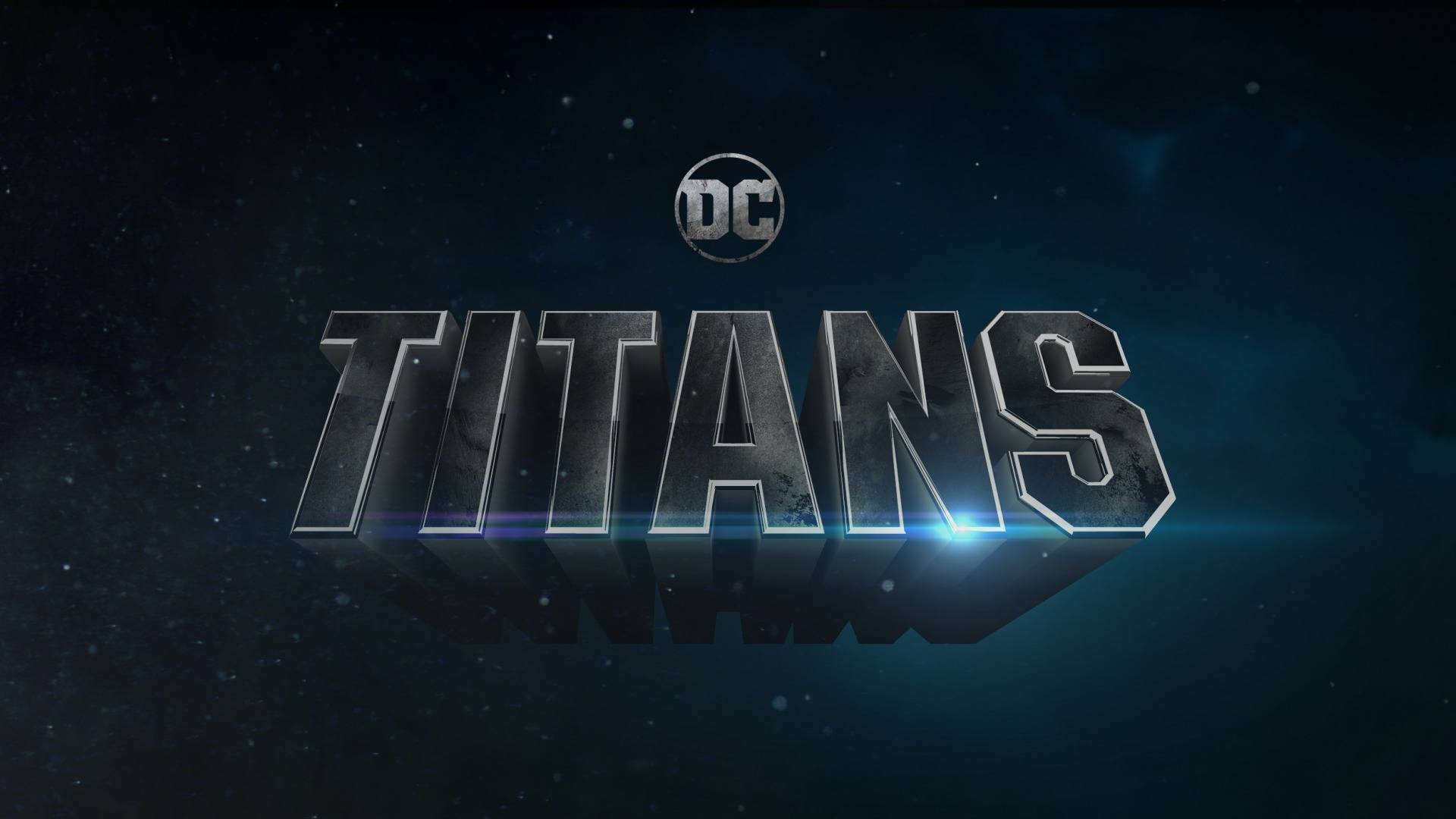 Alright everyone. It’s the moment you’ve been waiting for. Some of you are genuinely excited and some of your are morbidly curious. Either way, it’s time to recap all of the things that happened in the inaugural, eponymous episode of Titans… “Titans”. Remember here folks, it’s important that we don’t hold ourselves behold to nostalgia, but y’all we’re in for a trip.

Oh and as is the case with all our recaps: SPOILERS INBOUND.

Scene Opens at an Abandoned Circus

Raven walks in and the lighting is exactly what you’d expect: dark and gloomy and it’s kind of hard to tell exactly what’s going on here beyond the ominous vibes we’re supposed to be getting. It definitely sounds spooky, but I got some questions. Like, what year is this set in? Are circuses still popular in that year? Why has no one cut off electricity to this obviously rundown locale? How many different ways have we seen acrobats fall to their death in DC related media? You know, standard stuff for the most part.

Raven, sorry Rachel, gets to relive the tragic accident before waking up in her own bed as her mom rushes to comfort her. Her mom is really trying to sell this whole “it’s just a dream narrative” and literally no one should be convinced by it. Mom exits, closes the door to reveal all of the Catholic imagery ever with all of the locks as we end the prologue with a cross dropping.

I will admit, the title card is appropriately comic book-y and if nothing else, I enjoy the guitar riffs.

We found ourselves in Detroit, Michigan because why wouldn’t we be? It’s not like Dick Grayson is famously associated with another fictional city. Dick Grayson is apparently out here doing his best Dick Tracy impression and is living that loner comic lifestyle. As the rest of the squad thankfully points out to Dick’s new partner:

Squad mentions the typical bad blood situation and we jump back to Rachel’s house way back at Traverse City, Michigan. Mom has a whole bunch of scars from last night and Raven is happily eating Trix cereal and drinking coffee from a “Happiness is Homemade” mug. We got the typical single parent problems. Adoptive daughter showing concern for overworked single mother. Adoptive daughter showing signs of being some sort of dark demon with anger issues. Adoptive daughter rushing out while the neighbor heckles Raven and the other students call her freaks and proceed to get in a fight before ending the encounter with “slut.” Because I guess that’s just the year we live in.

Raven makes it to school and tries to thank her would be defender, but of course gets ignored and comes home to some domestic troubles in the form of a hostage situation. Typical brooding man with a gun threatening to expose the truth of Raven’s origins and straight up killing Rachel’s mom without a moment’s hesitation, which in turn gets him killed without a moment’s hesitation.

Jump back to Dick Grayson on the vigilante beat with your typical police files and not so typical super spy suitcase with his costume. He’s here to stop a drug deal over some pink looking meth and work out some of this anger issues.

This is an angry Robin. Like very angry Robin. Like, mention Batman and get stabbed with stylized R’s, and beaten with a bo staff, tossed around with a grappling hook, and even shot with a mook’s gun. He ends the sequence by dragging the miniboss’s face through the broken glass of a car window and curb-stomping the dude before delivering the quip that would forever dictate the tone of the series:

Later in his loft, we see a shirtless Dick repair everything while listening to a sad record. This goes on for a few minutes before Dick gets dressed and goes back to work, but not before staring at a Flying Grayson poster.

Back at the station, all of the detectives are looking at Robin’s work and they really don’t like vigilantes in their city and it’s hard to really blame them. We get some exposition on how Robin hasn’t been seen in Gotham for a bout and we have some vague timeline forming.

We then jump back to Raven and see she is doing the whole runaway vagabond thing to Detroit before heading over to a soup kitchen and meets a supposedly nice social worker type by the name of Sally. Now, of course Sally is taking her through some dark back alley shit and Dark-Raven ain’t having any of it. Raven gets some common sense and decides to throw some rocks at a police car to get away from the situation and we, the audience, confirm that Sally was not nearly as nice as she made herself out to be.

Dick is talking to his partner, whose so inconsequential that her name and dialog are entirely forgettable. Before that conversation gets to progress any further, the chief asks Dick if he’s good with kids before throwing him into the interrogation room with Raven and we fade to black as soon as Raven recognizes him from the circus dream.

So, let’s open the second act of the show with Starfire… in a car crash… with classic disco music… in Vienna, Austria. It would appear that none of the Titans are at a particularly high points in their lives at the moment.

I mean Starfire is waking up with a horrible wig and a dude dead on the dash in the middle of no where and is promptly greeted by cars and gunfire. She runs very far away from the scene of the crime and we see Austrian henchmen give chase. Starfire manages to roll 20 on her hide check in the middle of the woods before finding her way to a gas station and washes up some of the grime. All she has to her name is a weird locker key and a passport with the name Kori Anders, although given how many times she repeats it, it would appear she has amnesia. Although, she has no trouble finding her way back to this fancy ass hotel with no central lightning.

It would appear that Starfire is quite the high roller as she has the top floor all to herself and some type of expensive room service getting sent up stairs. Luck would have it that there is a man tied up in her closet who is absolutely terrified of her and our girl gets to interrogate the man. Man apparently was working to find “the girl” for Starfire, but that would be more useful if Starfire knew who she was. Dude manages to break his binds, but Starfire is apparently very good at hand to hand combat and is exceedingly strong. Starfire is also in take no prisoner’s mode and gets a name after threatening to withhold help. He sings “Konstatine Kovar will be at his club” and she helps by snapping his neck.

Back in Detriot, we got Dick and Raven discussing their orphan status and Dick doesn’t believe Raven’s fatalism approach. Raven drops the bomb about her mom’s murder and this finally gets Dick to listen for a couple seconds. We get some dark magics teases and Dick on the phone trying to corroborate the story, although he gets easily distracted by the Detriot Mayor telling Robin to GTFO.

His crisis of conscious gets interrupted by his new partner who continues to add very little to the narrative other than letting Dick talk about Bats in vague exposition.

Back in interrogation room 1, Raven’s getting bored and a supposedly friendly cop is taking her out back. Dick hears back about Rachel Roth and rushes to the rescue as the cop attempts to kidnap Raven for vague cult related reasons. Evil-Raven wants out, but bad cop sedates her and Dick gives chase with a gun.

We get a short glimpse of Starfire back in our generic Austrian night club and meets her contact who wants all the same answers that Starfire does. Conversation doesn’t like that long before the summary execution in retaliation to a couple gunshots by way of of lots of fire. So much fire. Inferno type fire, leaving her assailants dead and a photo of Rachel slightly charred.

Speaking of Raven, she is having a really bad time in the cultist warehouse where we get more ominous damned offspring vibes. Not one to waste screen time, we see Dick pull out his standard issue martial arts to rescue Rachel as well as his standard sidearm.

Head cultist is setting up some ritual, but Evil-Raven is having absolutely none of it. Dick Grayson with his sidearm gets to the room a couple seconds to late before the there is a lot of violence darkness attacking the head cultist. Dick enters the room after the massacre and realizes he might actually need to help this child and takes her to an underground bunker with a fancy car and they start their road trip.

In the last minute of the episode we flash side to Convington, Ohio in a generic looking mall where Beast Boy steals some merchandise, becomes a Tiger and makes a break for the woods… And that’s it. That’s all. I kinda wish we had more time with Beast Boy…

And thus ends our recap of Episode 1 of Titans. Tune in next week for more information about the flagship tile of the DC Universe.

Keep up on all things Titans, as we recap the series beginning to end.