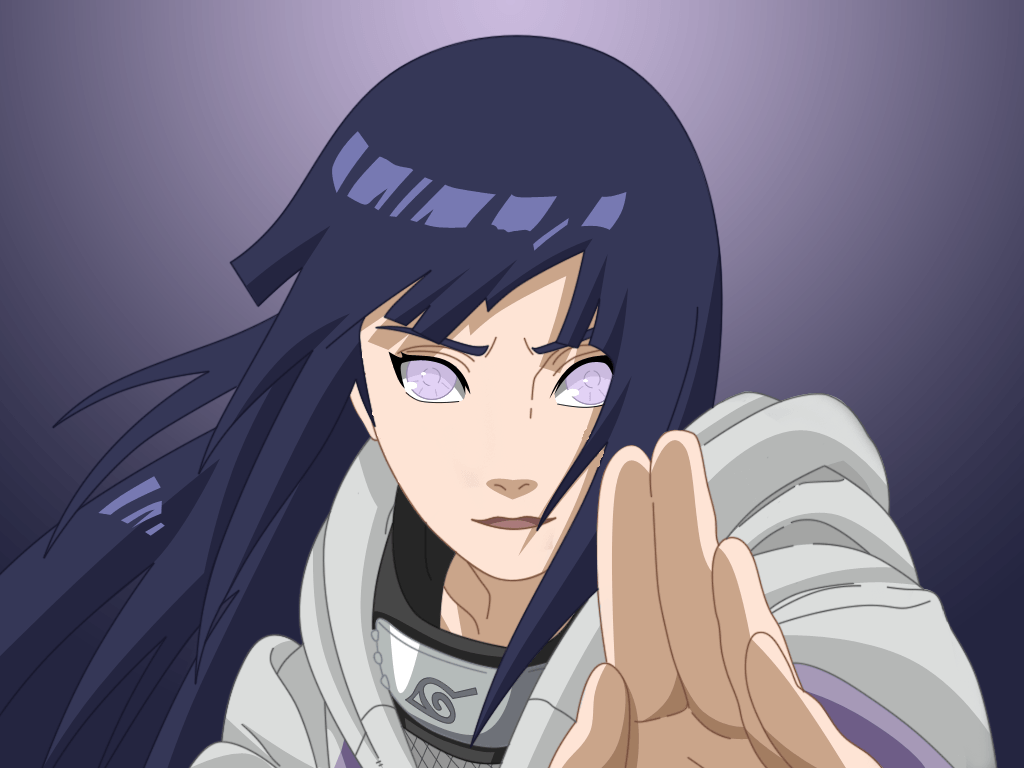 Listen, Naruto may be done but the fandom still lives on. I done gave you the MVP ninja in the game (Rock “Shawn Michaels In The Legs” Lee) now we ’bout to take it over to the kunoichis. There’s a lot of strong female characters to select from across the Naruto universe but for me, for moi? I gotta go with the Wide Eyed White Eyes of The Hidden Leaf, Hinata Hyuga. Hinata came up through a lot of struggle from her debut in Naruto. She over came family politics, clan vendettas, and her doubts in her own abilities. All of which lead her to walk though the halls of this installment of Top 5 Dead or Alive.

Hinata came to shine a lot more in the two year time skip, but in order to understand how boss she becomes we gotta go back to what she had to overcome. It’s safe to say that Hinata represented the shy kid in class, right? She is as soft spoken as a church mouse, but kind and empathetic. She wasn’t falling on the radar for the standout genins. Even with her kekkei genkai, the byakugan, Hinata wasn’t on anybody’s All Star list like her cousin Neji, however the girl is skilled, man. Her Team 8 squad are the best trackers, plus they were the first team from the Hidden Village to cross that finish line at the Forrest of Death.

Hinata was scouting mother fuckers from afar and coming up with strategy to take them down with Kiba and Shino. Her teammates and Sensei Kurenai knew Hinata ain’t one to be slept on and it was dope to see how she started to believe in herself, first gaining confidence from Naruto clapping for her in the stands, and then believing she could win. This was a true journey to appreciate with Hinata, that one can change despite whatever the environment or others opinions about you may be.

Being the part of the Hyuga clan, Hinata was trained in the Gentle Fist taijutsu that attacks the inner organs of the opponent. After the time skip we saw that she was able to advance in a majority of the signature moves of the clan like the 8 Trigrams Vacuum Palm & 8 Trigrams 64 palms with the help of Neji. We’ve seen that Hinata is entirely capabl of these maneuvers (late bloomer, that’s all). We know the girl can throw down, and on top of that she is an expert with her byakugan so ain’t shit getting by her, plus she can do the medical jutsu. There is one move Neji helped her develop, but it was all her in the end.

The Gentle Step Twin Lion Fist. Sun, this is a move from the main branch but we ain’t seen this shit unleashed before. It takes a lot of concentration to even do this shit cause one mistake and it’s all fucked up. So what Hinata do? She fucking used her chakra control to tame this ability, and then not only that, but mold her chakra into two fucking lion heads on her fists, man. She took an old, extremely difficult branch technique and put the fucking remix to it. The Branch family made the technique a hot line, Hinata made that shit hot fucking jutsu.

When we see Hinata pull the lions out we know shit is serious. We know that soft-spoken timid shit is on hold cause at the moment she going ECW-era Chris “The Lion Heart” Jericho. And the technique absorbs chakra, thereby making them the fist equivalent to his “Lion Tamer” submission finisher, but in both her hands. Do you understand what the fuck I am telling you? This is National Geographic in The Hidden Leaf Village. Do I have to explain how female lions are the best fucking hunters on earth, thereby meaning Hinta is packing Nala in her hand to hand combat!?!

Hinata has been through the fucking ringer. Her father saw her as a failure, and too kind in the heart. Made her — the rightful heir to lead the Hyuga Clan — fight her sister for the role of leadership. Hinata held her own but wasn’t tryin to strike down her sis, and she paid for that. Her pops dismissed her, MY MAN GAVE HER OVER TO KURENAI (her sensei) ON SOME “Welp… See you the fuck later then” shit. Then she had to face Neji who had the fucking chip on his shoulder cause of his placement in the clan. Sun whooped Hinata’s ass, but she still fought on and even had time to tell Neji ’bout himself and why he was a shook genius. When it comes down to the fucking wire, Hinata will go the god damn distance. I doesn’t matter if she is outclassed, ya girl is in it to fucking win it.

So when Pain and Naruto were duking it out in the middle of The Hidden Leaf Village’s Time Square and Pain had Naruto literally stuck behind bars, who the fuck came out for the tag? Who the fuck stepped up against the fucking monster Pain that took over a fucking country, that took out Hanzo of The Salamander like he was day old McDonald’s fries (you can’t reheat them shits), that took Jiraya’s chain, jersey, and life like it was nothing? It sure as fuck wasn’t Sakura. It sure as fucking wasn’t any of your Top 5’s cause AYEBODY WAS TOO SHOOK TO INTERFERE… EXCEPT HINATA MUTHA FUCKING HYUGA.

The woman jumped into the fight knowing she was outclassed. Naruto tried talking to her but Hinata was replying to her bae with her back turned to him, speaking over the her shoulder (about doing this selfishly but of her own free will and loving him). You know what that shit means in anime! THERE’S NO GOING BACK! Hinata was the first mother fucker to become untethered. She kept coming for Pain’s ass like he was an all-you-can-eat buffet. This was probably one of the hardest fucking fights to stomach as you watch give it her all, and would not stop getting up to try and free Naruto even with him crying for her to tap out, tag out, and Control + Alt + Delete, but Hinata was not having it because ain’t no such thing as half way kunoichis and her lion heart too god damn big! This is also the act that made her father Hiashi say, “HINATA DID WHAT — AGAINST PAIN?!?!? OH THAT GIRL THE HARDEST MUTHA FUCKA IN THE CLAN OFF THE STRENGTH!!!”

4) “I Got A Team Like The ’66 Celtics”
Hinata’s squad specialize in scouting making them the Survey Corps for Konoha.
5) “My Sensei Taught Me I Should Speak My Mind,
My Man Made Me Feel So God Damn Fine”

We know that Naruto and Hinata are canon after the war (got a timeline as proof of their feels developing right here for the haters) and they even have kids together (Himawari and Baruto). I liked these two due to them both having to deal with being the underdog. Aside from Sasuke, Naruto only really confesses his feelings of failure to Hinata, to which she tells him it’s because he ain’t afraid to fail and keep going, and that’s what makes him unique. We’ve seen Naruto acknowledge that Hinata is strong back in the chunin exams, as well and telling her she saved his ass twice when they met up during the war. They been keeping it one hunned with each other for a while now.

Also, when you beak it down… Hinata was straight limelight spotlight during the war. The woman is a fucking soldier and was laying her life on the line to protect Naruto to get the mission done. When Neji died to protect her and Naruto was faltering, she literally slapped the weak outta him for doubting the cause, proceeded to drop the Any Given Sunday “Neji ain’t die for this, we ain’t out here fighting for you to be goin soft on us now” speech, and she even had time to pop his shoulder back into place when it got dislocated. What the fuck are we talking ’bout, people? The woman was on fucking point. She was part of the team guarding this cat, and coaching this mutha fucka through the rough shit. Y’all gonna let this woman Hinata live and give her her damn due.

I’m saying, man. Give me an underdog any day of the week, but also gimme someone that is trying to better their current limit. That’s the beauty of Hinata — she is not here to impress you. She out here for her own goals, all while being a good ass soldier, puttin’ on for her village, her clan, and most importantly, herself. I’ma close it out paraphrasing Budden on how when it comes to steppin’ the fuck up ya money better be on Hinata Hyuga cause she be fighting sayin’,

[blockquote]
“Y’all ain’t hearing me, no fear in me
Only kunoichi brave enough to conspire against a conspiracy”[/blockquote]