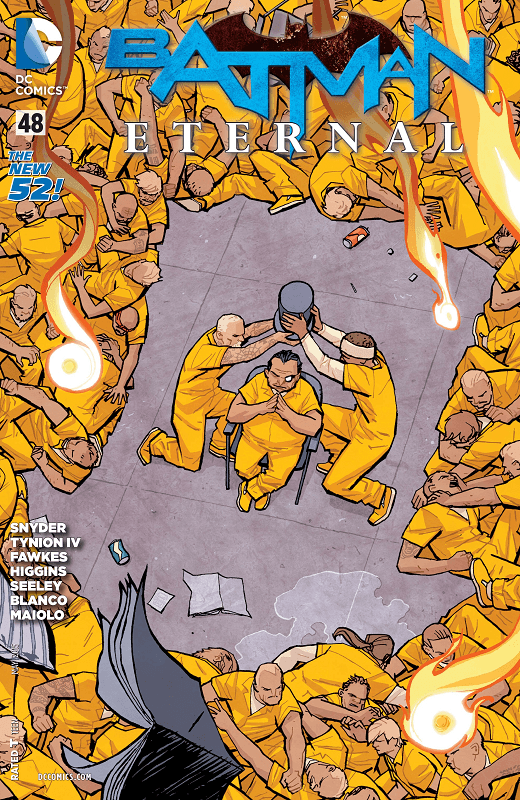 Batman Eternal ends this month and things couldn’t be any worse in Gotham. The creative team has handled a year’s worth of mystery pretty well. A weekly book is a tough prospect, but I don’t think it’s too early to say this one has mainly been a success. Now, with most of the hanging plot threads severed, how does the Bat-family fare?

Kyle Higgins takes the scripting helm this week as Batman’s unknown foe continues bringing on the heartbreak for the Caped Crusader. After a special phone call is made to Blackgate Prison, the Penguin has the keys to the kingdom which means trouble for the wrongfully-imprisoned Jim Gordon. Meanwhile, Jason Bard’s change of heart leads him to an impromptu meeting with the Mayor, mainly resulting in the formerly corrupt Commissioner getting the Chicken Little treatment. And if the Family didn’t have enough trouble on their plate, Hush has escaped and taken over operations in the cave. Let the heavy duty trolling begin! 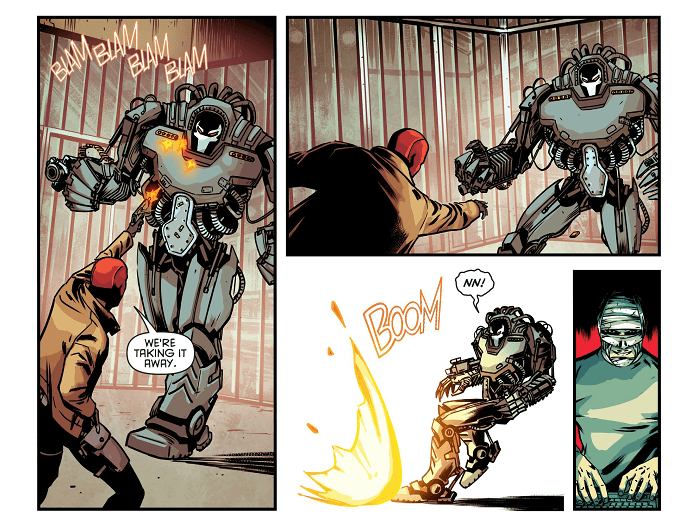 I have to commend this book for the tightly written juggling between POVs. A year ago, this many plots running simultaneously in the same issue would have felt cluttered and confusing, but this book read really smoothly and still delivered its twists and turns with maximum effectiveness. Visually, Fernando Blanco gave us a really sweet looking book this week. It’s awesome to be able to see an artist improve on the same book. Everyone basically stepped their game up this week and hopefully we can expect more of this in the final issues.

Bottom Line: This week was a display of how far the creative team has come in creating a more structurally sound book than when they started. 9 out of 10