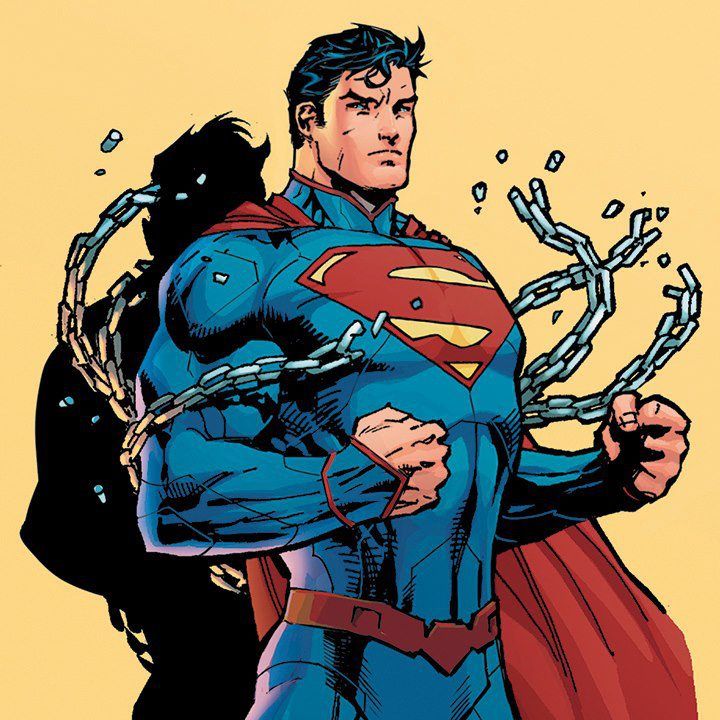 Since the trailer for Batman vs Superman: Dawn of Justice dropped at San Diego Comic Con, the number of registered Bat-fans has been on an upswing, allowing for the Dark Knight’s popularity to skyrocket as inexplicably as Donald Trump’s poll numbers. This seemed like a better time than any to share a few reasons why, no matter how Batfleck tricks his car out, The Man of Steel STILL reigns supreme. First of all, he only ever lets Batman win because if he didn’t, there’d be nobody to pay for their base and all the shit him and the rest of the Justice League destroy in fights. This is the fight nobody ever talks about.

Superman took every single move Batman had in his book with a smile on his face. Now, just think of what would happen if he was actually trying. Let’s be real, folks. Batman’s power is essentially thinking (and white privilege…I mean, I can’t even cosplay while black). He’s Sherlock Holmes with more money and a paranoid obsessive complex and that’s great. But if we’re calling a spade a spade, Superman can physically act faster than Batman can think to do anything. If he really wanted to, he could use his heat vision to sniper shot the World Greatest Detective from orbit. And don’t even try telling me “Well, Superman’s too nice for that.” If they’re coming to blows in the first place and we’re just basing this on ability, it’s a foregone conclusion that the kid gloves are off and both parties involved are playing to win. Having said that, Batman keeps winning these fights in the comics because a). Batman writers keep writing them, b). Batman is a better sell to readers when you characterize him as The New Chuck Norris. In other words, if Batman didn’t gain strength by feeding on the delusions of his rabid fandom, Superman would lay him low faster than the time it takes you to figure out that All Star Batman and Robin is certified compost.

2). “I’m the only one who gets the job done/Ain’t another hero that can cover for me….”

We know Superman is the archetype because the comic industry keeps trying to make a better one. Many of the industry’s greats keep writing characters based around premises that start with, “What if Superman….?”

The Sentry: What if Superman were a schizophrenic schmuck who was literally scared of his own shadow?

Blue Marvel: What if Superman (with a little Doc Savage thrown in for good measure) were a black guy so powerful that the government muscled him out of relevance?

Apollo: What if Superman were Batman’s (Midnighter) boyfriend?

The Plutonian: What if Superman completely lost his shit and turned into a supervillain?

There are fanboys that complain night and day about how uninteresting Superman is, but if he’s so uninteresting, why are writers so fascinated with putting him in a laundry list of different circumstances? And why do readers have such passionate reactions to them (If you don’t believe me, ask any die hard reader about the shade Sentry received during his time)? If Superman doesn’t interest modern audiences, why do we keep slapping new coats of paint on him? Why do we attempt to place him in “more realistic” worlds like Zak Snyder did in Man of Steel (a world that isn’t ready for a Good Samaritan savior) and, from what I can tell so far, continues to do in Dawn of Justice (a world where people are terrified of Superman)? Superhero comics are like modern day fables for our culture. These archetypes influence us so deeply whether we know it or not. People who have never picked up a comic book a day in their life wear Superman shirts, tattoo his insignia on their arms and could tell you the bullet points for who Superman is (last of a dead planet/raised on a farm/indestructible/oafish reporter by day). It’s possible that Superman is modern superhero fiction’s greatest, most unavoidable influences.

3). “I was gonna beat a couple villains but they did it to themselves/
Everybody suicidal, they ain’t even need my help….”

More often than not, he doesn’t even need his powers to save lives. In fact, sometimes, all he has to do is let his neverending well of compassion take the wheel. In Grant Morrison’s masterpiece, All Star Superman, the Man of Steel brought a suicidal girl down off of a ledge not with his super speed or his unparalleled strength. He simply reminded her of the strength she’d forgotten she had all along.

Later, when Lex Luthor had been granted 24 hours of Superman’s abilities, he allowed for his foe to see and hear everything the way he does, to see how connected and precious all life is. This inevitably led to him seeing what an extinction level asshole he’d been. Essentially, Superman defeated Lex Luthor simply by allowing him to have the burden of his great power. Meanwhile, we won’t speak on that time Batman got Kanye drunk off of Superman’s power.

And, sure, I know you’re going to bring up that time Zod showed up in Man of Steel and Supes had to give him the Solid Snake fatality. But I’d say giving one power mad Kryptonian that sleepytime tea is better than a certain “Caped Crusader” who has killed a villain per movie for the past three movies when he swears he doesn’t kill.

4). “I’m spittin fire, I’m getting flyer/
And what you’re planning for this summer, I did it prior…”

He’s the blueprint for Superhero Comeback Season. When you see The Last Son of Krypton ensnaring his foes in a giant cellophane “S”, it’s safe to say that Superman II, while still a classic, doesn’t exactly withstand the test of time. However, when you look at the basic “crisis of faith” plotline, it’s become the basic concept for several outstanding superhero sequels that have come after it. Think about it.

Superman II: Superman starts to get fed up with being Superman (because Lois Lane likes Superman better than Clark Kent), wishes he could be human, quits….and then has to become Superman again to defeat a villain nobody else can.

Spider-Man 2: Spider-Man starts to get fed up with being Spider-Man (because he’s a total flake to Mary Jane), wishes he could be normal, quits….and then has to become Spider-Man again to defeat a villain nobody else can.

The Dark Knight: Batman starts to get fed up with being Batman (because Rachel Dawes doesn’t want Batman’s baggage), wishes Gotham didn’t need Batman, quits (for about six seconds after Rachel dies)…..and then has to become Batman again to defeat a villain nobody else can.

The Incredible Hulk (Yes, this still counts as the second movie even though Marvel fucked up the first one): Bruce Banner starts to get fed up with being the Hulk (because the Hulk is destructive and makes buying new clothes expensive), wishes he could be normal, quits…..and then has to become the Hulk again to defeat a villain nobody else can (that he inadvertently created).

The Amazing Spider-Man 2: Spider-Man gets fed up with being Spider-Man (because he got Gwen Stacy killed), wants to be normal (or sad…whichever, really), quits….and then has to become Spider-Man again to save a delusional little boy who is, apparently, faster than a perimeter of policemen.

It’s a well documented yet undervalued fact that Blade, quiet as kept, was responsible for breathing life into the superhero film as a genre as we know it, but very early on, Superman II was the litmus test and, for many years, the standard for the “Comeback Fable.” After all who better to be the ultimate testament to a hero’s resolve than the Ultimate Hero, the man who has everything?

There is no stopping him from doing the real work. He still defends the people even when DC turns him into Bruce Springsteen. Recently, Superman lost most of his power and had his secret identity exposed, basically leaving him as just a REALLY strong guy. Anyone else who had spent most of their life being responsible for basically everyone would have taken a long vacation to Netflix binge on House of Cards, but not Big Blue. He got himself a crew cut, a $10 tee shirt, some boot cut jeans and a Harley and got back on the watch, smacking bad guys in the face.

But when the police came down to his neighborhood to enforce a bullshit emergency order by forcing citizens out of their homes, Superman still came when they needed him. Even as a mortal, even tired and bruised, he still found a way to reward their faith in him.

Now, maybe Batman would have shown up, beat all of the cops up and disappeared into a smoke bomb before anyone knows he’s there or some shit, but Superman realizes that it means something that someone who fights alien monsters and invasions isn’t too big to be seen standing with the people when the law is working to crush them. Sure, he looks a little different now and he’s not as indestructible as he’s been over the years, but he’s no less THE example of what a hero should be: someone who stands up for others even when it’s not popular or fashionable, who does what’s right instead of what’s easiest. To quote Grant Morrison,

“In our darkest night, we wrote the story of a man who would never let us down.”