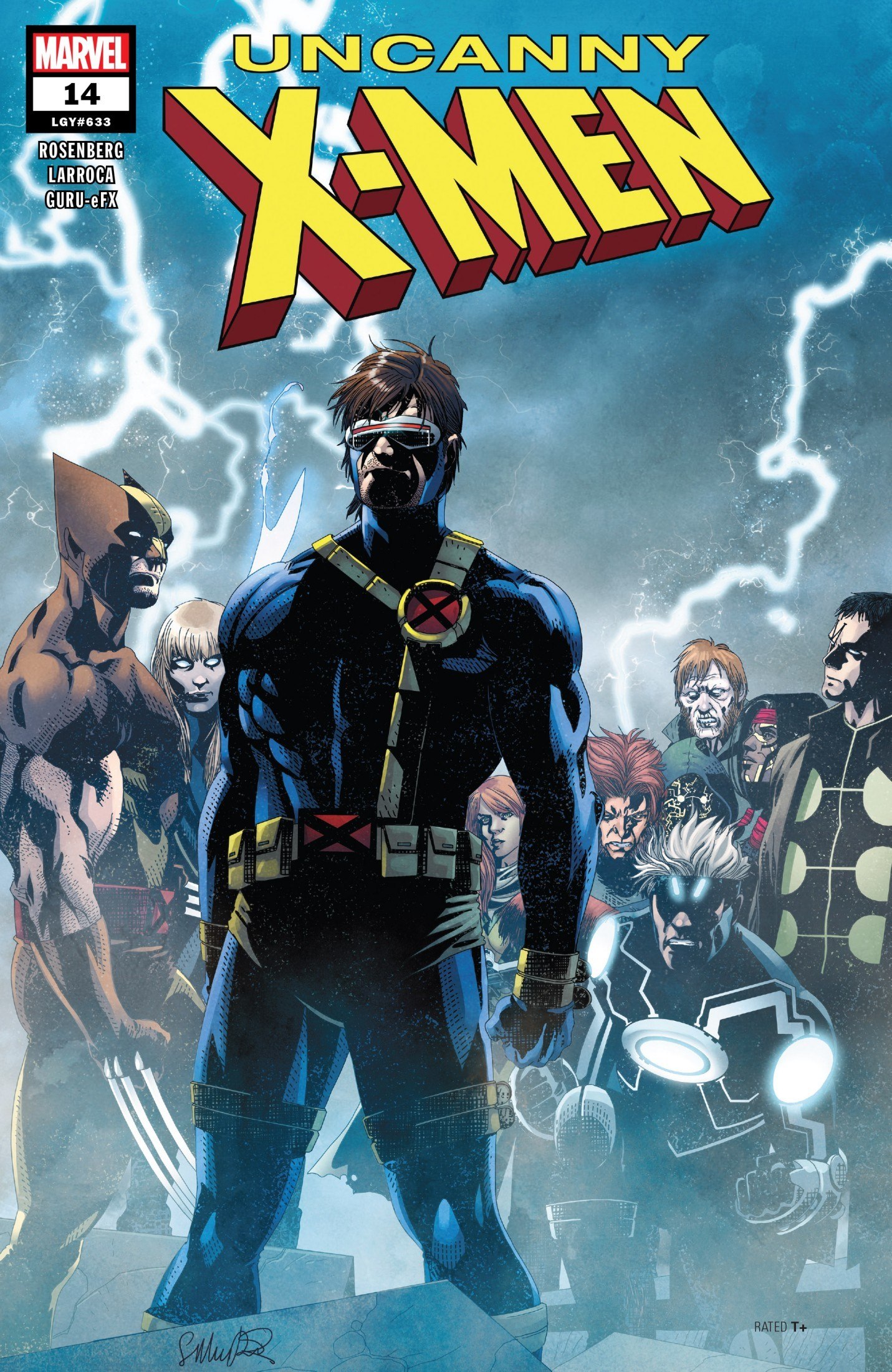 Uncanny X-Men #14 rolls on with another chapter of the team that rose from the ashes of the cataclysmic battle with X-Man (Nate Grey). Fresh from the death only to find the X-Men obliterated, Cyclops walks a tightrope of vengeance and justice as he plans to nullify their most persistent of threats one last time. In the previous issue, his reformed team of Wolverine, Magick, Wolfsbane, Karma, Havok, and Mirage started with the first entry on Cyke’s list – Dark Beast.  Thus far, the rebooted flagship title looks, feels, and reads like a proper return to X-Men storytelling – a well-paced script that is referential without succumbing to nostalgia, Wolverine taking on more ultraviolence than the average mutant, and dynamic panel layouts that remains kinetic, detailed, and emotional.

Student. Leader. Father. Husband. Mutant. Teacher. Terrorist. In the course of Scott Summers’ life he has held many identities and roles.  At this moment, with the entire mutant race at its most disparring, Cyclops seems to be at a crossroads, but a very aggressive one.  As he intends to make sure the X-Men leave a final statement if their days are truly are as limited as they seem, his recent methods almost put the X-Men more in line with a mercenary guerilla force rather than the army of mutant-human coexistence manifesto of old. As Cyclops leads the X-Men down his his list, he reaches out to former X-Factor government liason Val Cooper to offer a favor for a favor. Limited on tech and still operating out of a bar,  the X-Men need her resources if they want to more effectively find the likes of the Marauders or Mutant Liberation Front (MLF). 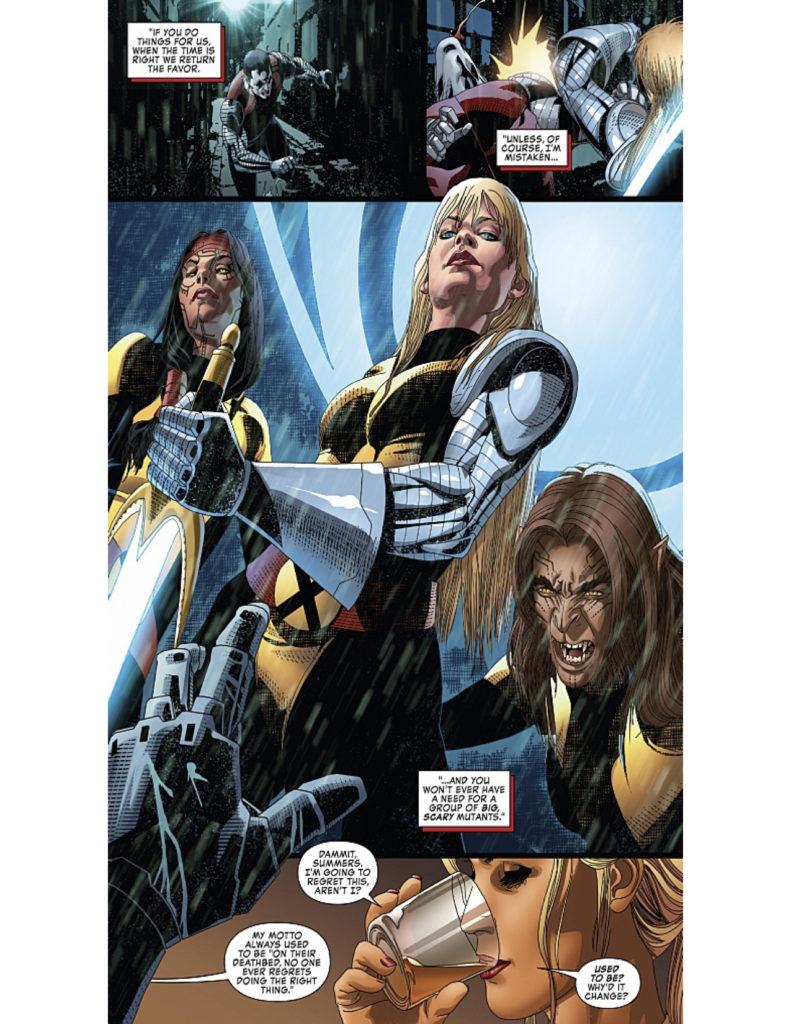 After rounding up another blast from the plast known as the MLF-member Reaper, the X-Men discover that the Marauders have massacred many of the mutants taking refuge with the Morlocks. Callisto and former Gen-X member Chambler rejected Cyke’s call for mutant unity in Uncanny X-Men #11, but now need him and the X-Men to now make good on what they always promised – sanctuary. On this occasion, the ends justify the means, and Cyke makes a deal to nullify fascist rebels in Chernaya in exchange for making it a mutant safe haven.  The mission appears to be a success, but the X-Men soon realize that they are making too much noise for people who are supposed to be dead or in hiding.

The moral battle of Cyclops to reunify and protect the now vulnerable mutants drives the heart of this reboot. He claimed that he was wrong for putting his own people before others in Uncanny X-Men Annual #1, but now seems to be going back to the more guerilla tactics of the Bendis/Bachalo Uncanny run.  Dubious deals, hit lists, and selling out X-Men services for government operations are the choices of people with few options left. The struggle is real these days, and even Dark Beast is now working for the X-Men, although they consider him a prisoner and he sees himself as a “part of the team.” This path can only last for so longer, however, as Dark Beast notes. Cyclops insists on “no killing,” but turning Harry’s Hideaway bar into a rogues gallery jailhouse is not sustainable in the long run.

Uncanny continues to right the sloppy wrongs of the past few years of directionless X-Men stories.  If Cyclops’ hit list is any indication, then at least the next six months of X-Men stories should be something all new, all different, and definitely exciting.