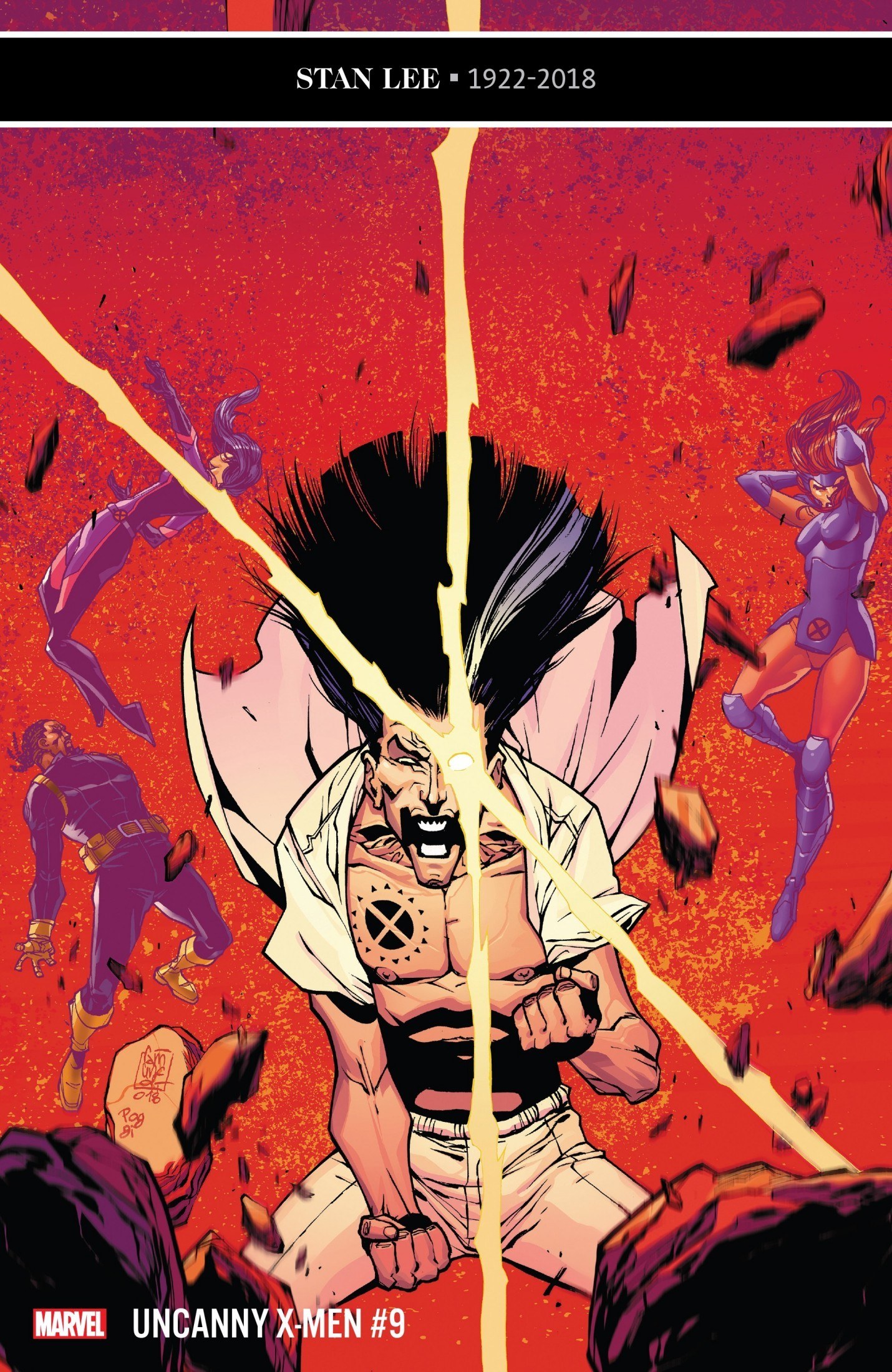 In the immortal words of Doc Brown in Back to the Future, “It’s your kids, Marty. Something’s gotta be done about your kids!”

Without question, the X-Men can testify to that statement more than any other modern comic mythology. When it comes to the Children of the Atom, their familial trees overflow with not only offspring, but clones, doppelgägners from alternate timelines, clones from alternate timelines, and grandchildren of clones from alternate timelines. Their ultimate enemy then just may be the most Uncanny of X-Paradoxes – the lab-created clone son of Cyclops and Jean Grey from the Age of Apocalypse inhabiting the body and mind of the son of Charles Xavier. Is he sane? No. Is he powerful? Sweet Galactus, yes, enough so that every X-Person not caught up in another limited or ongoing limited series must assemble to stop X-Man.

Nate Grey aka X-Man will not be denied. His dying wish is to turn the world into a utopia and reverse the ills inflicted upon it by humanity. On a political spectrum, he’s either so far left that’s right…or so far right that’s left. Megalomania plays all sides. When the X-Men try to imprison him inside the mind of Legion, he merely takes over his rival’s mind and body. After losing Angel as Horseman due to Psylocke forcing his Archangel persona to emerge, X-Man ensnares Storm as his replacement. As Jean Grey points out, the X-Men may not be outnumbered, but they are certainly overpowered. 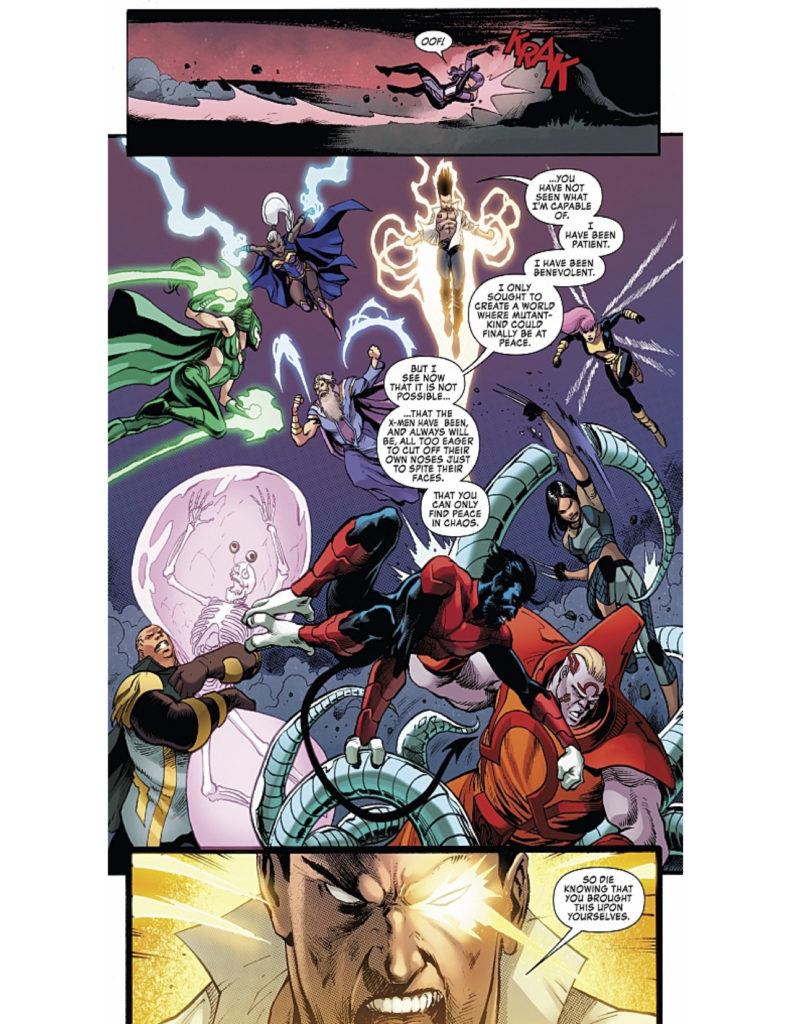 After the critically-acclaimed X-Men Red series finally put Jean at the fore of her own squad, the reboot of Uncanny X-Men has presented some interested tensions as the team currently has a personnel issue of too many leaders and differing opinions to be truly effective. They are scattered and fighting amongst themselves, making it that much easier for their own downfall.  When Nate Grey effortlessly begins to shift the Earth’s tectonic plates, slowly flooding the continent of North America, Jean Grey calls out to any and all X-Men to assemble for what is poised to be their final battle.

Everyone from Forge to Kylun, Maggott to Meghan, Honey Badger to Magma, Sunfire to Monet St. Croix, and over two dozen more turn out for Jean Grey’s call to arms. (Desperation is desperation, but Jean’s leadership might be questionable if she thinks Kylun is going to help in this situation…) Issue X of the the epic “Disassembled” epic is primed to be a reality warping, full-on mutant brawl.  If Nate Grey has his way, he will be the last X-Man.

Overall, this issue is not particularly noteworthy, but it does a fine job of raising the stakes as the arc reaches its conclusion. Rotating X-artist Yildiray Cinar flexes hard on some two-page spreads and splash pages where he deftly handles the unique details of over 30 characters. Although the issue is packed with various characters, the panels flow smoothly and make for a coherent read. For better or worse, the styles of the rotating artists on the series thus far really blend together, so the series has maintained a consistent look, but nothing spectacular. The arrival of superstar artist Salvador Larocca with #11 should help elevate the book to its marquee look. The writing trio of Rosenberg, Thompson, and Brisson deliver the conclusion and apparent end of the X-Men next week — Bring a towel. Maggot is around after all.