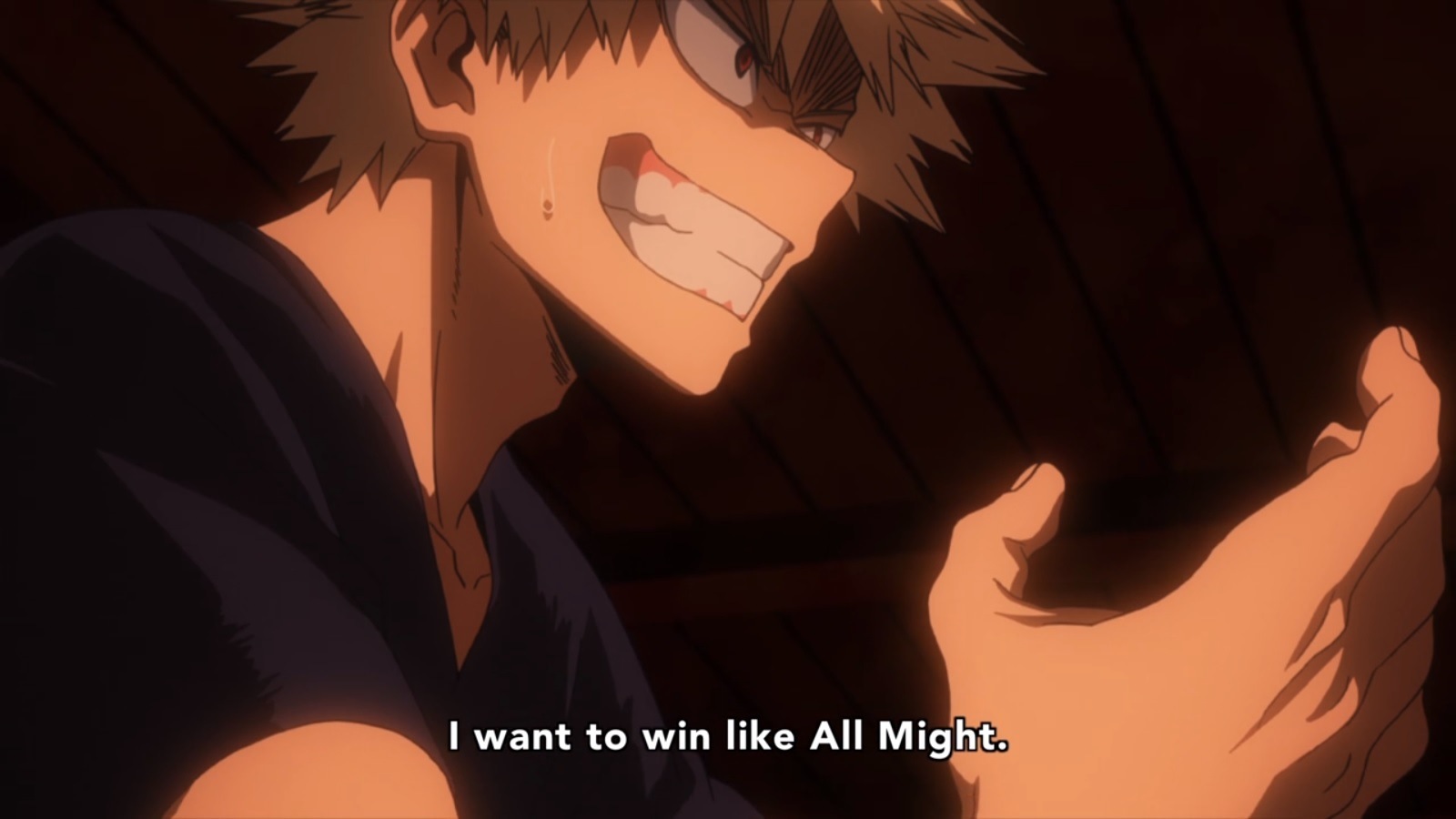 He’s long been my least favorite character in My Hero Academia. At first, I could put up with him because he was so different from the bubbly, enthusiastic Midoriya and his friends. He wore out his welcome after about five episodes though, and I started to wonder if he would have a moment where we would see beneath his tough exterior and watch him grow as a character.

For a moment, we did see the slightest amount of potential from him. When he and Midoriya teamed up to fight All Might in season two, he worked together with his rival to win despite their history. But there was no lasting change. Bakugo went back to his typically crappy attitude.

I admit, I thought all along that My Hero Academia was telegraphing Bakugo’s eventual transition to villainy. He has the disposition for it. He is described as having villainous traits by multiple characters. He yells “Die!” when he attacks. Hell, he even has red, bloodshot eyes like a villain.

My Hero Academia subverted those expectations with “From Iida to Midoriya.” Bakugo and Midoriya are facing the same question: can they obey the rules of heroism? They’ve been taught that being a hero is about more than fighting bad guys. There’s a system in place that they must obey, otherwise they’re just vigilantes like Stain. Midoriya and his friends find a loophole- they’re going to attempt to rescue Bakugo without fighting.

But Bakugo doesn’t have a convenient out. He’s surrounded by villains who could kill him in an instant. They’re trying to tear down his commitment to the hero system. Shigaraki wants him to question the very foundation of society, and if he gives the wrong answer, he could die. Eventually, the villains release Bakugo from his restraints to show him that they consider him an equal.

And as soon as they do, Bakugo doesn’t hesitate for a moment.

Bakugo wants to be a hero. He wants to be like All Might, just like every other student in his class. In the moment that he’s released, he remembers watching All Might as a kid as he faced down a group of villains, and the impression that left on him. 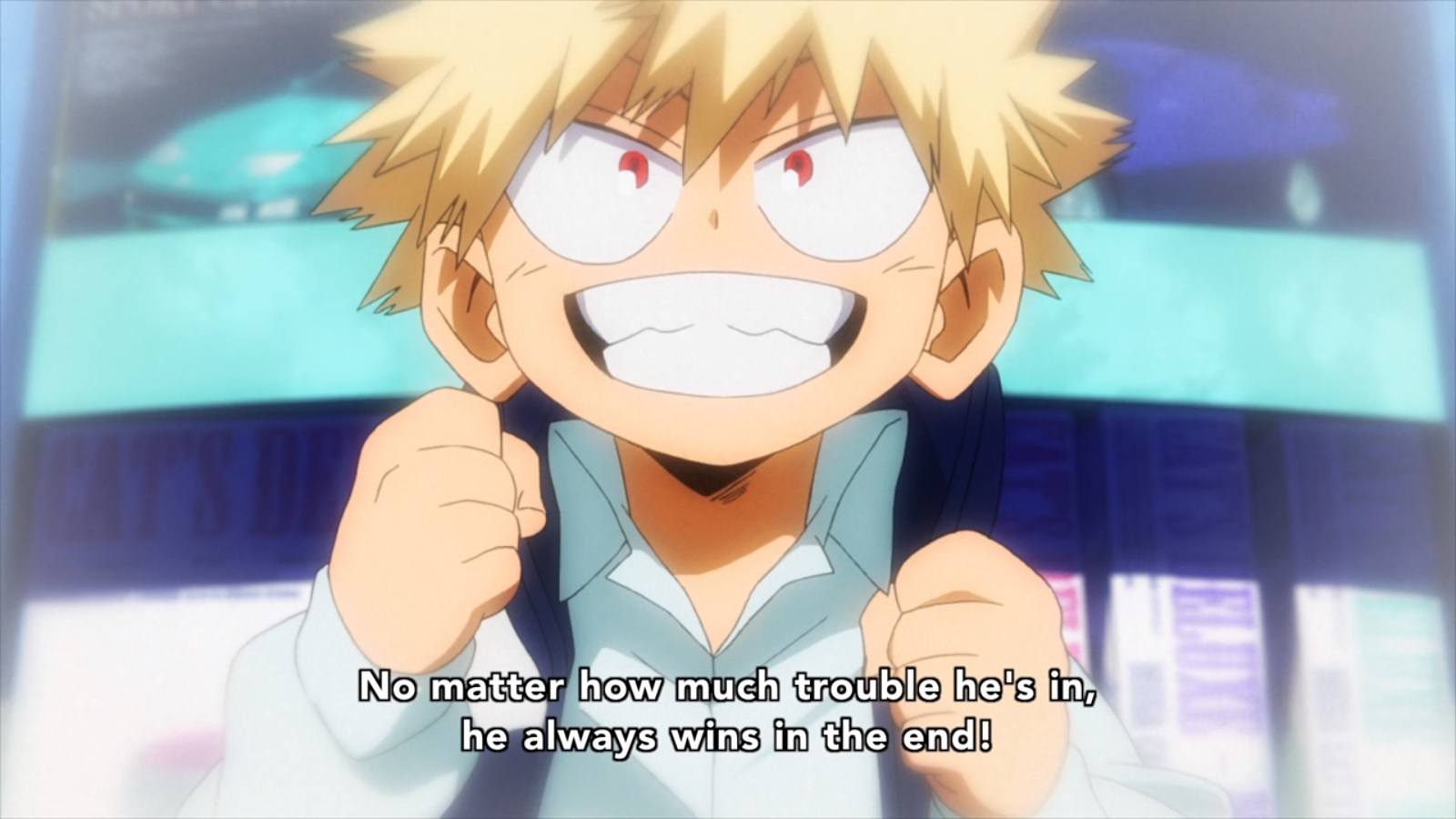 To always win, to be the best, requires sacrifice and determination. Bakugo is so determined to be the best that it consumes him completely, leaving a black hole where most people have personalities. But he doesn’t just want to be the best at destroying things. He wants to be the best hero, and when the opportunity to emulate All Might presents itself, he jumps at it.

“From Iida to Midoriya” changed my opinion of Bakugo. He’s still a jerk, but he’s grown slightly from the abrasive bore he was in the first two seasons. I believe he might become a good character. In the meantime, the heroes are gathering to deliver All Might’s counterattack. Midoriya and his allies are heading for Shigaraki’s hideout. The fateful clash is imminent. 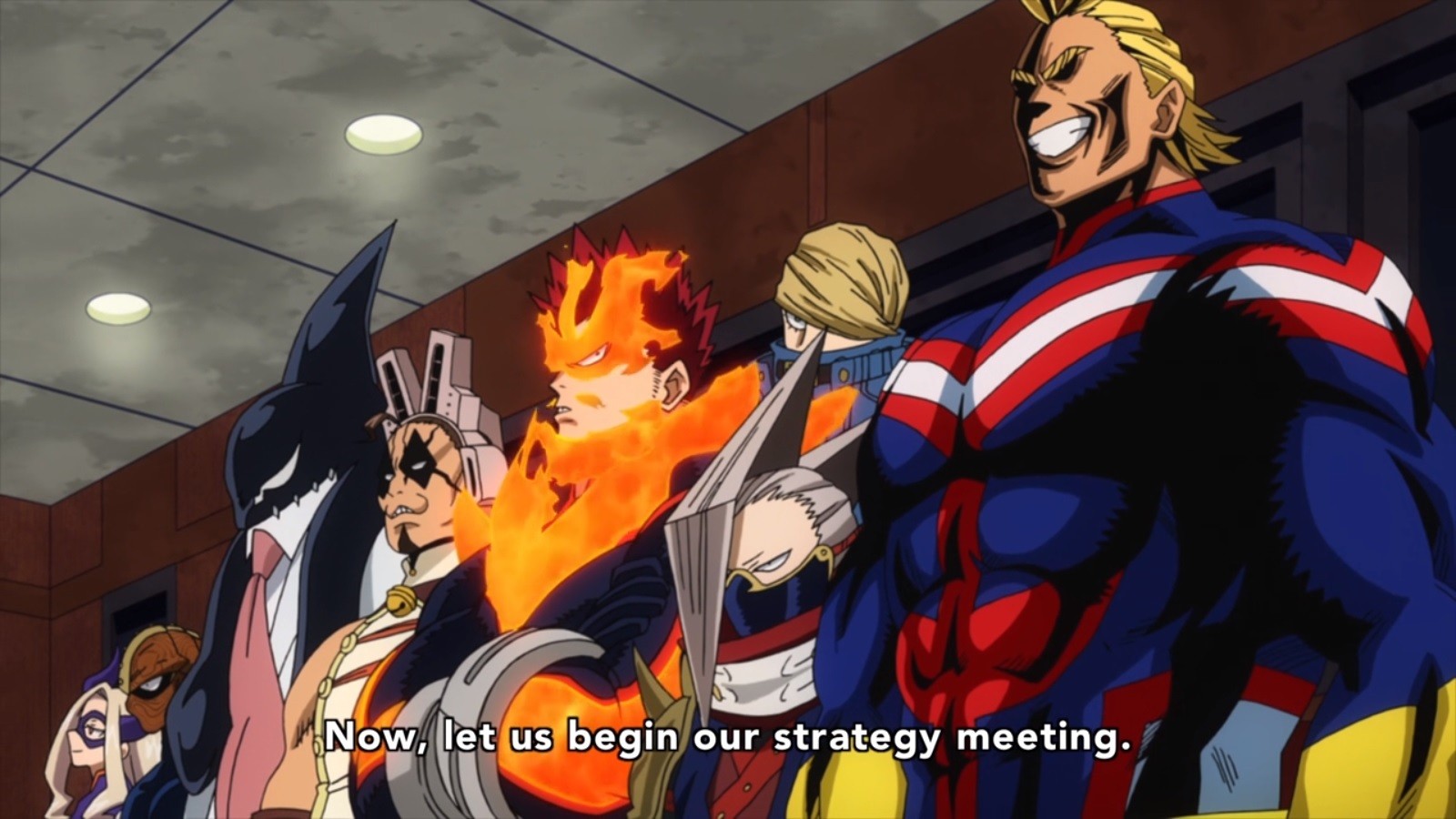