type in your search and press enter
133 Shares

A Wrinkle In Time dropped the official trailer for the Disney movie and things are looking litty. How many ways can you say “Its Lit?” I’m not sure and I also know that we don’t have time to play games. I’m going to say that come March 9, 2018 you betta go get that light!

In A Wrinkle In Time Disney, Ava Duvernay and Oprah “tha Gawd” Winfrey are taking over the silver screen in their re-imagination of a classic tale. The movie is based on the 1962 science fantasy novel A Wrinkle In Time written by Madeleine L’Engle. Stormy Reid, known for her role as Emily in Twelve Years a Slave, plays Meg Murray. Meg is A Wrinkle In Time‘s protagonist who is known for being a math genius slash hot head. She, her genius baby brother and their friend Calvin start bending or shall I say wrinkling time in the name of her missing scientist father Alex. Soon, Meg’s gang finds themselves on a planet that holds all of the world’s darkness and evil in order to find her father.

A Wrinkle In Time and it’s trailer may be nothing without the time traveling, rematerializing Mrs. W’s. Yes, this is where things go bananas in the trailer. Meg’s crew is being led by three women, Mrs. Which, Mrs. Whatsit and Mrs. Who. A Wrinkle In Time is giving us life with these women. Mindy Kaling is bouncing around in green grass and dancing flowers as Mrs. Who. Reese Witherspoon is serving us Poison Ivy realness as Mrs Whatsit. But y’all… didn’t I say Tha Gawd was taking over? Oprah is living her best blonde life as Mrs. Which. Mrs. Which seems to be the leader of the three women and she’s delivering lines like Mufasa.

A Wrinkle In Time is not holding back on the visuals and cinematography. These kids are ripping and running through forests. They are falling through the sky and riding this plant with the face and lashes of a green goddess. Oprah is glowing and looking blessed by Fenty’s Trophy Wife highlighter while Zach Galifianakis is striking poses as The Happy Medium. This Black Thing looks just as bad as the Upside Down and these babies are running for their lives.

On March 9, 2018 there will be a call for warriors to defend the light and Meg is the only one that can stop the evil. I’m always down to watch a woman defeat evil. I’m also here for Ava and Oprah slaying in this screenplay written by Frozen writer, Jennifer Lee. You can check out the trailer here. 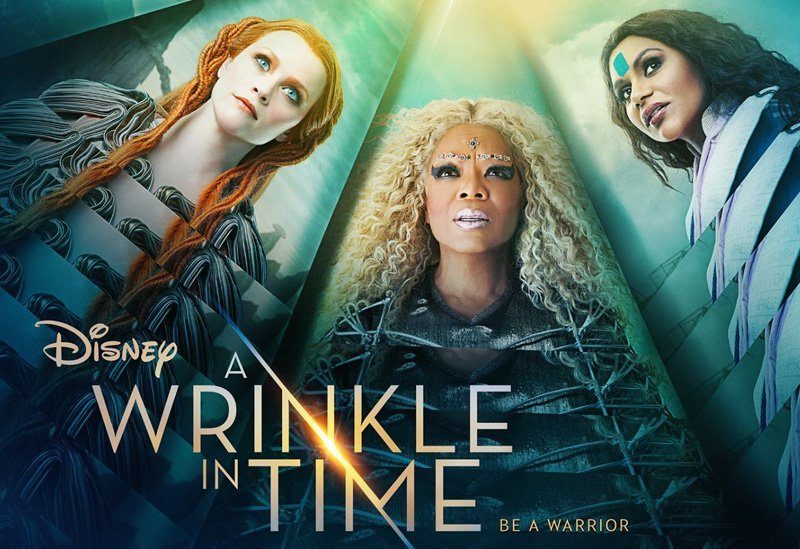