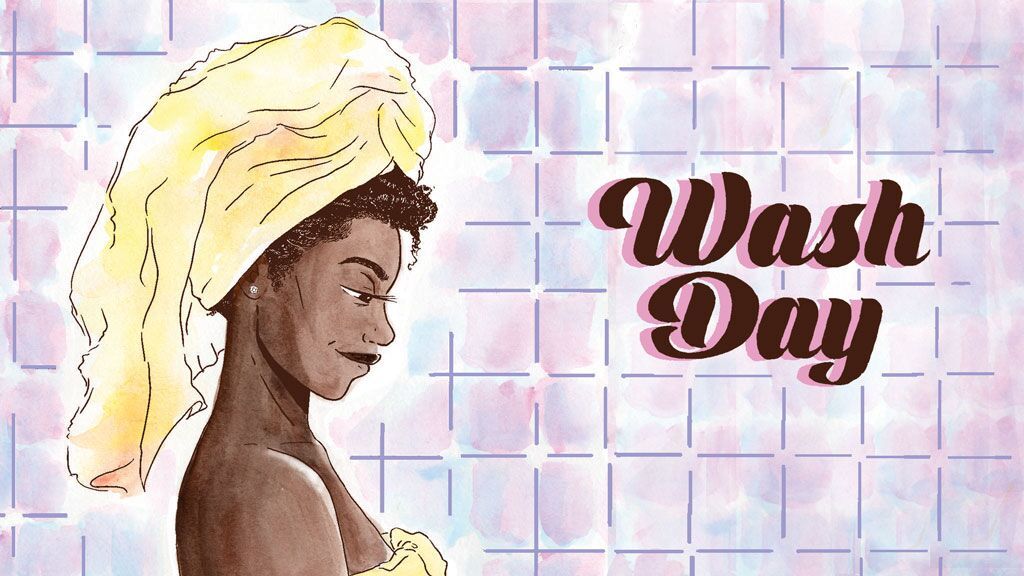 As BNP’s supporter of Kickstarter projects and lover of comics and Black women — because Black women are everything — Wash Day looked to be something I would throw money at. The synopsis: “Wash Day is a slice-of-life comic that pays tribute to the beauty and endurance of Black women and their hair.” And with a creative team of Black women, I was ready to stand up on a my soapbox and holler. I’m always looking to be invested in stories about us by us. #FUBU. I’m also here to see more women of color, especially Black women, crafting their own stories about their lived experiences. 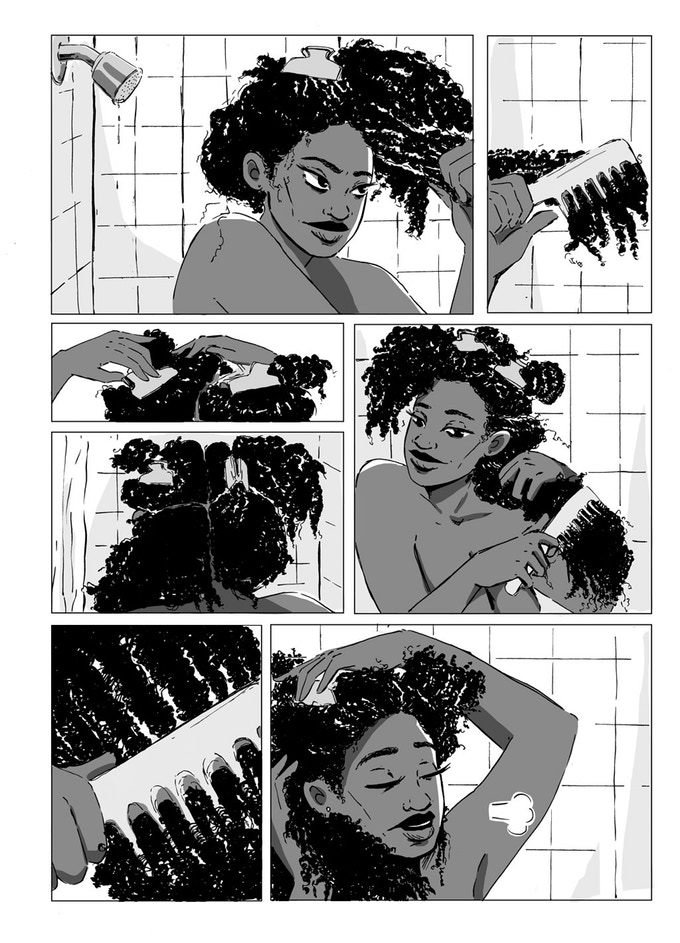 The 27-page story was written by Jamila Rowser and illustrated by Robyn Smith, with script edits by J.A. Micheline. It follows Kimana, a 26-year-old woman living in the Bronx, as she cares for her long, thick hair. As Kim goes through her Sunday morning rituals, readers experience the highs and lows of her day — fresh coffee, rising rent, girl talk and catcalls.

I’m unfamiliar with artist Robyn Smith yet with one look through her tumblr and I am a fan — Black girls and women are illustrated everywhere. She’s been featured on The Comics Journal list of The Best Short Form Comics of 2016 and on Pen America, which includes pages from her mini comic The Saddest Angriest Black Girl in Town.

Lastly, J. A. Micheline, or JAM, is a writer, critic, and editor, she’s this project’s script editor. Her still-in-progress novel, Super Charismatic Nucleus, was shortlisted for Cambridge University’s Lucy Cavendish Fiction Prize in 2016. Her critical work has been featured in The Guardian, VICE.com, The A.V. Club and elsewhere. As someone who loves comics and always cheers when I see all women creative teams for comics projects this is a dream come true. I want to support Wash Day and see more projects like it. 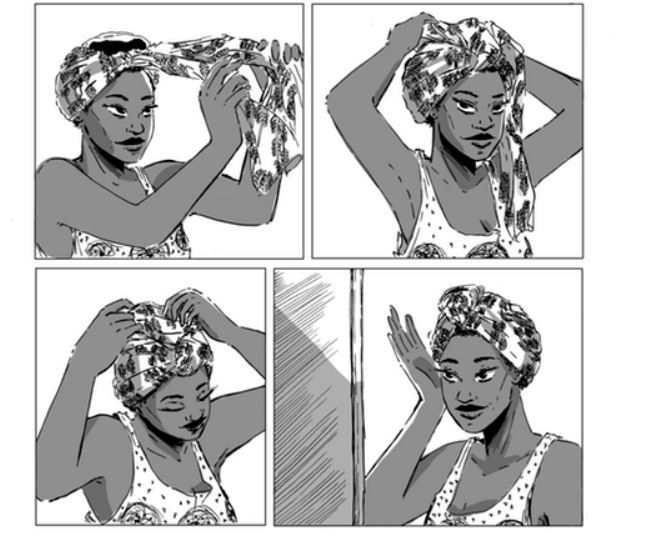 There is something revolutionary in seeing Black women drawn, written, and arranged by Black women in a medium where we aren’t traditionally centered or targetted. Yo, I want to see a woman who looks like me put on a fly ass head wrap and walk out the door. (Yes, that’s something I did today.) It’s not saving New York City from invading aliens. It isn’t figuring out how to stop a moody team member from trying to merk another in the rain, but it is what I want. Seeing Black girls shoot the breeze, start on their hair, and see their friends can be just as exciting for me and I’m sure many others.

Support the Kickstarter for Wash Day

See more on Wash Day’s official Kickstarter page. The KS campaign will run from from April 3rd to May 3rd. There’s a month to spread the word, pledge, or donate and ultimately get this project funded so there is a bigger and more visual representation of creative voices making comics. Follow the creative team Jamaila, Robyn and J.A. Micheline on Twitter to keep an eye on the project’s progress. 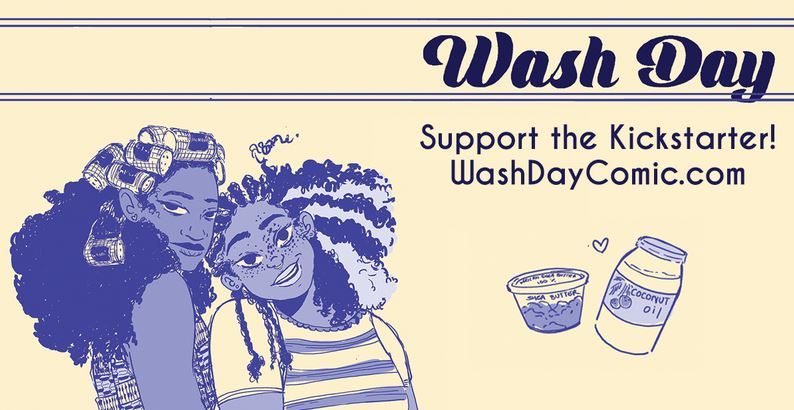