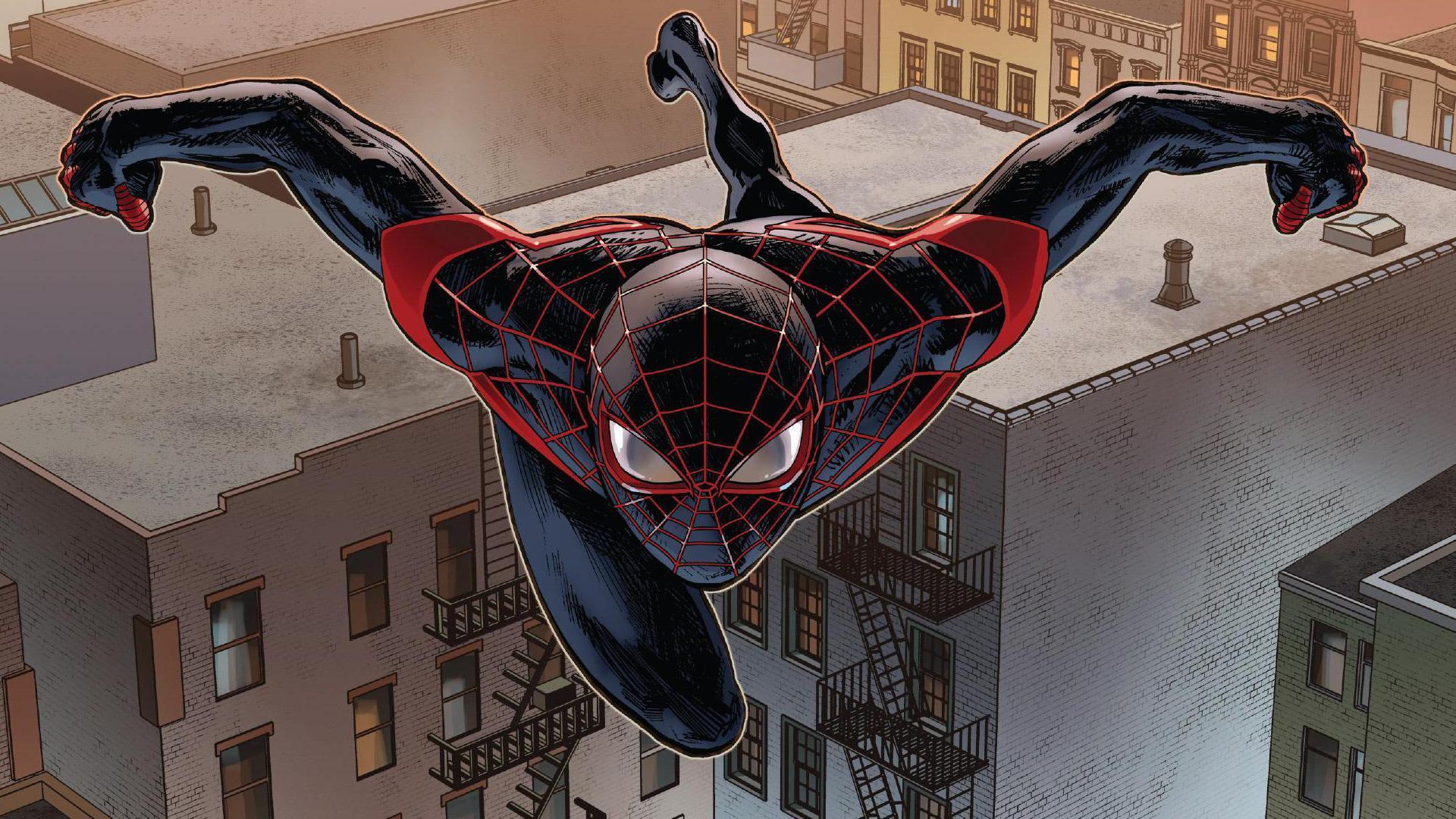 I remember when Miles Morales made his debut in 2011. I remember it so well, not only because it came off of the heels of the excellent Death of Spider-Man arc but because of the hype surrounding his arrival. The arrival of a Spider-Man who was half Black and half Hispanic. It was the first time I remember ever seeing a character who had my exact background. The first time I could see myself as a superhero despite years of being into comics and it’s been a hell of a journey watching him grow.

There are various aspects of Miles’ debut that I latched on to. I was a huge fan of Marvel’s Ultimate Comics line. Along with a pile of my father’s old comics, it was one of the few series I was actively reading in the early 2000s. Ultimate Comics was the modern take for classic heroes. Eventually, it evolved into the universe where all bets were off and anything can happen until it met its bittersweet end.

As a second-generation Spider-Man fan, I remember gravitating to Ultimate Spider-Man. I even remember reading the first issue. Ten-year-old me passing the time at the barbershop, waiting for my turn. My favorite parts were seeing the twist to every villain and character in Spider-Man lore, from the updated take on Venom and Eddie Brock’s relationship with Peter, to him teaming up with the Ultimates to take down the Sinister Six for the first time. So, Ultimate Peter Parker meeting his end was a big moment. Even bigger was seeing Miles, a new minority character, directly take on the mantle of Spider-Man after his death. 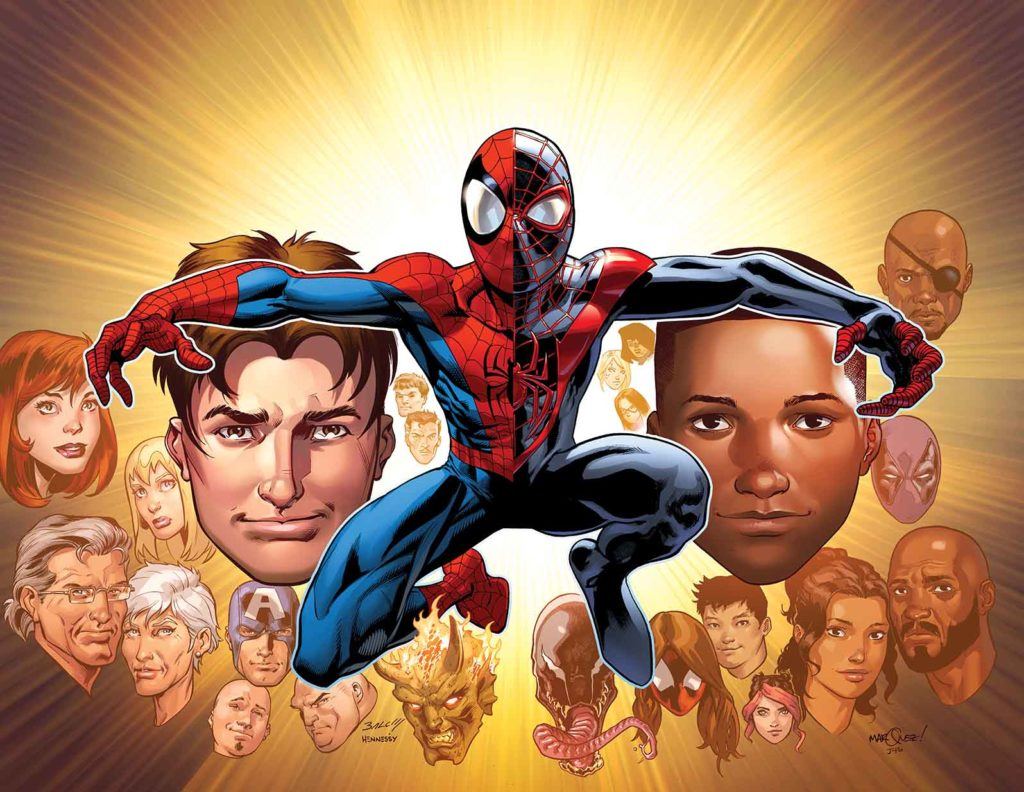 Reading and learning about Miles’s race and backstory was exciting. I shared something with a comic book character that I related to on a deeper level. Miles had a mother who was Puerto Rican, like mine. A father who was Black, like mine. There was also the fact that both those parents – and to some extent, the world at large – looked at Miles to be something greater. A feeling that shadowed over my childhood. Sometimes you just want to live life. In reality, I was just afraid and not willing to believe that I was good enough to meet those expectations. Imposter syndrome always lurks in the background.

Watching a Character Grow in Real-Time

Seeing Miles struggle to answer the call of “great power means great responsibility” resonated with me in a way I didn’t expect. What Bendis did well was show how a character could still learn that lesson, even in the absence of Peter. Miles learned that even doing nothing can do harm, and him being there while Peter died was the harshest way to learn that lesson. Then again the kid was 13 years old, a child who shouldn’t have that kind of weight on his shoulders. 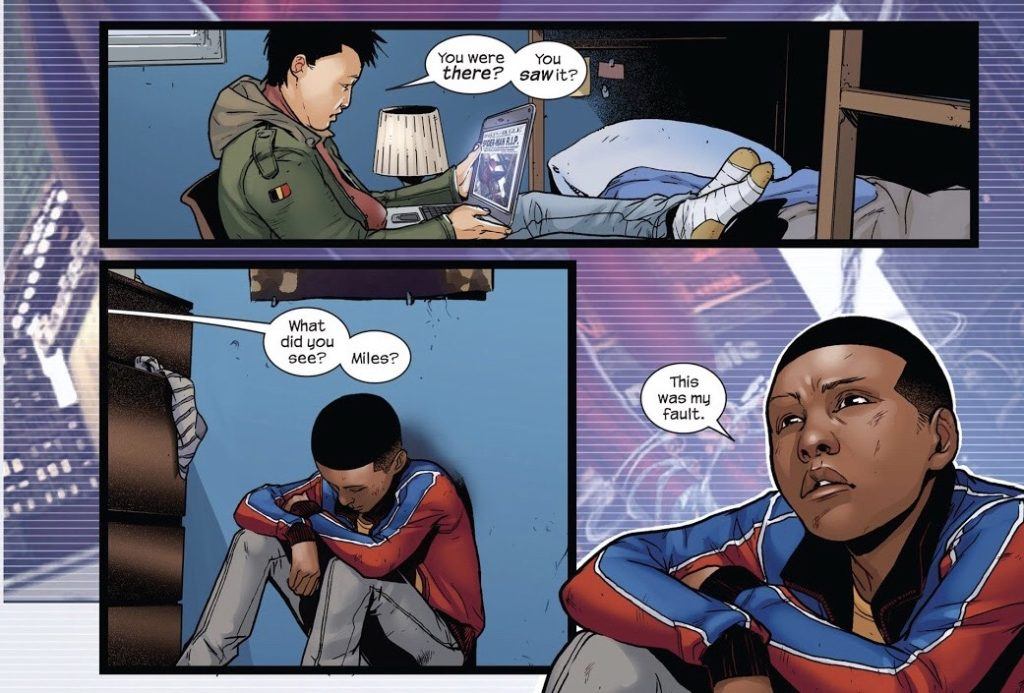 As Miles took on the role of Spider-Man, that weight only grew more. The early arcs are some of the best character building that Bendis has done with the character. Story arcs that had Miles living up to Peter’s legacy, coming to terms with his Uncle being a supervillain, or dealing with the consequences of being Spider-Man. However, after a while, I began to notice something off about Bendis’ run with the character. Towards the end, it felt like his stories with Miles had run their course, even after the merger of the Ultimate of the main 616 universes. There was also a noticeable absence of Miles’ identity and Bendis seemed ill-equipped to incorporate that into his character as evidence from this infamous panel. 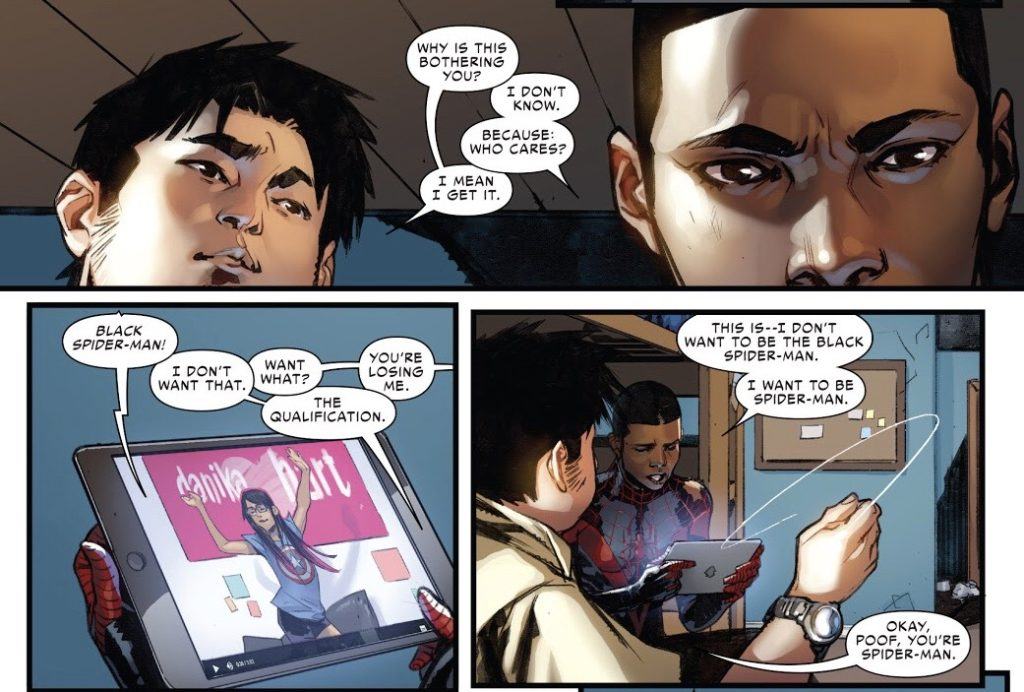 Representation is important. However, representation without meaning is often lacking. As minorities, we live a daily experience unlike any other. So, when Bendis puts a panel that acts like Miles being a “Black” Spider-Man doesn’t mean anything, it completely misrepresents the character. Racism, violence, and mistreatment are realities we live and populate our everyday conversations. We don’t really have to luxury not to think about these things or not to care. To some extent, it not the fault of Bendis. He gets props for creating Miles but he’s not a minority. It’s an experience he can’t really write.

The next logical step is to get that character in the hands of writers of color. I think the first time I realized the difference and impact of having someone of color write Miles was in the young adult novel, Miles Morales: Spider-Man. Author Jason Reynolds not only wrote a story where Miles faces discrimination and prejudice but painted a life that felt eerily similar to my own. A book that is so New York, I didn’t even realize half of the things I experienced in my everyday life until I read it on the page. It’s somewhat comforting to also know that Miles has to go through showtime and brushes his hair back to front on the top, and down on the sides. This book was only the start. 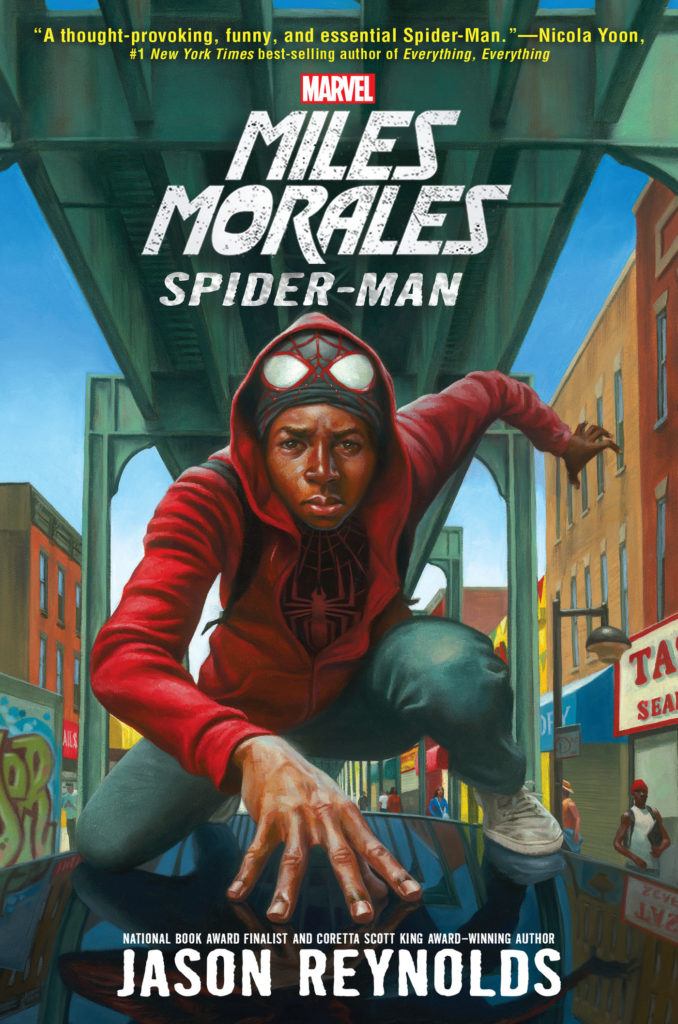 When Into the Spiderverse dropped at the end of 2018, a lot of fans were surprised. Not just at Miles headlining his own film but to see a version of him who felt more genuine. He felt and lived like a person of color. You can tell the creators took care of crafting every aspect of Miles. His style, his interest, the way he talks, Brooklyn, his fish out of water demeanor around non-POCs and even the little Spanglish you can only develop from being half Hispanic. It’s astonishing to see him introduced to the larger world and properly.

We are beginning to see more shades of the real Miles with writers like Saladin Ahmed and Eve Ewing. As soon as Ahmed took control of the character, he pushed Miles’ age up to his late teens. Aging Miles didn’t feel like a drastic change either, not like Superboy’s recent growth spurt did. Instead, it felt like we gained something with the character and he exists in a world and community much like our own. A lot of the book feels like a Miles we’ve been waiting to see all along. He’s not just Peter Parker with a different suit. He’s Spider-Man in his own way, dealing with different issues, real-world issues. 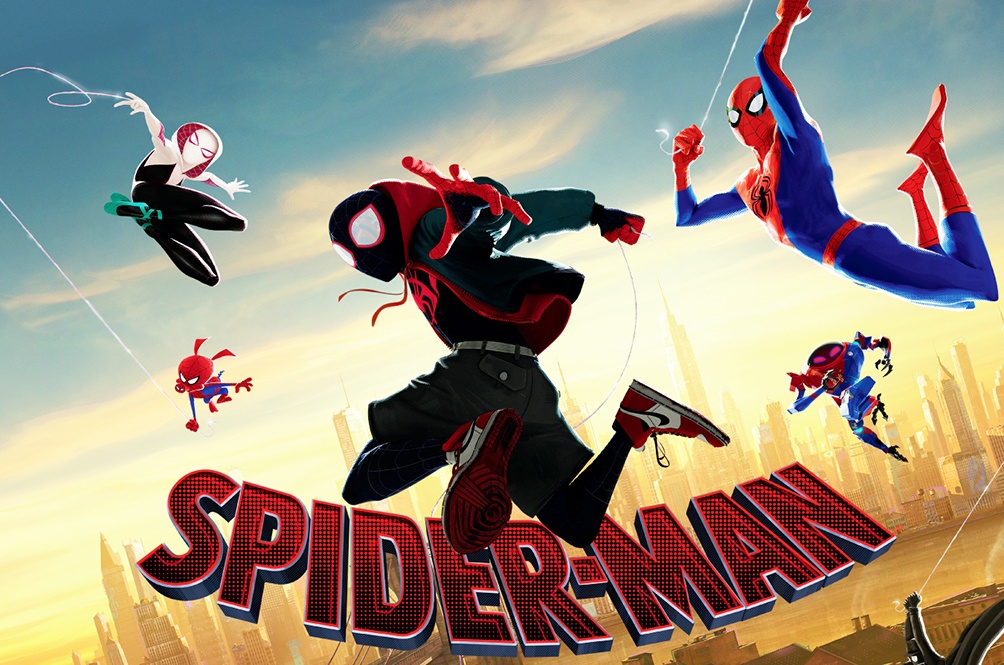 That change in focus puts a smile on my face because I get to keep connecting to this character, even as I approach my 30’s. In less than 10 short years, Miles has secured a prominent place in the Marvel Universe. I’m still amazed that it’s only been that short of a time, which makes me even happier. I see Miles Morales everywhere now on toys, in books, and cartoons. Seeing young children have common knowledge about Miles still blows my mind. It proves one thing – anybody can be Spider-Man. If we keep putting the right writers on the character, we can believe that too.