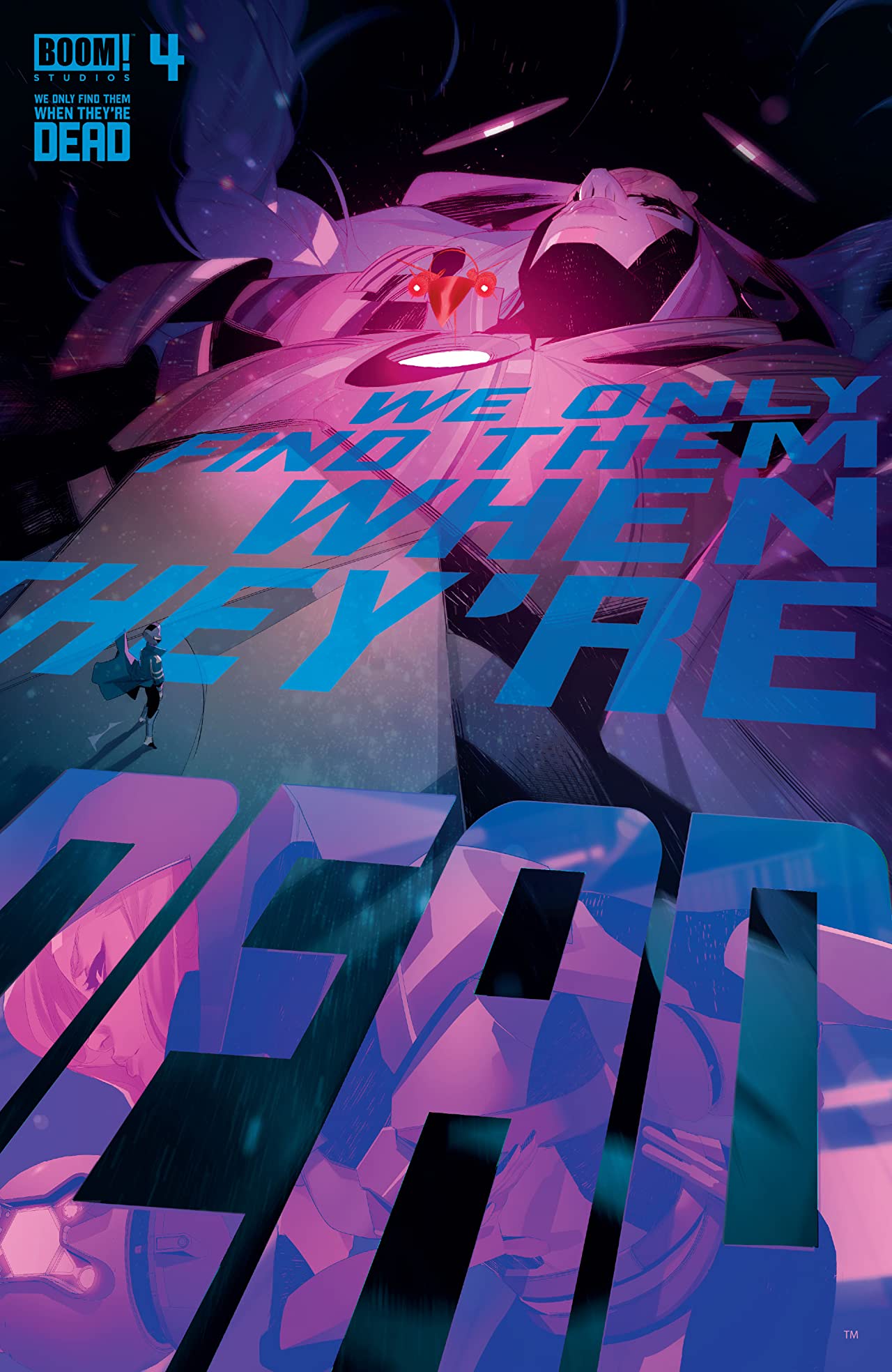 There is a balance that must be struck in the comic book world, a delicate equilibrium of visuals and text to convey the story. And I think that Ewing and Di Meo have steadily been approaching that fine point and with We Only Find Them When They’re Dead #4, I think they reached it.

After last issue ended with Paula’s on the receiving end of a bullet that caused catastrophic damage to her space suit, I wondered how the issue would handle the immediate fall out. How the creative team approached it ended up being one of the most poignant depictions of a multi-layered narrative I think I’ve seen in comics.

This four-column structure that deftly bounces between three different eras. The differentiation of the era both in small text and the absences of text and deliberate, distinct color palette. The repeated frames that hit like a resounding echo or a stuttering heart. It’s evokes such a visceral response and truly encapsulates the sense of wonder and despair that is inherent to the series. Di Meo’s artwork truly gets to shine, and Ewing’s writing accentuates the tragedy of the evolving situation.

As the crew of the Vihaan II scrambles to recover from this set back, we are treated to an emotionally charged series of panels that are near flawless. It’s the perfect balance of comic book elements that one could study endlessly, picking apart exactly how it is constructed and layered. It’s the strongest issue in the series by far and distills, almost perfect, the space sci-fi genre that it’s previous issues hinted that it could one day too. Each page demanded to be turned and my excitement skyrocketed now that everything was firing on all engines.

This is a pivotal moment in the series, because it showcases how the creative team can fully leverage the comic book media to tell a truly striking story. The impassioned writing and deft artwork combine to be a magnificent tour de force that captures the imagination and has the distinction of being a story that can only truly exist in this mixed modal media. This is the type of issue that gets me excited about the future of comics and the beauty of the page.

Reading We Only Find Them When They’re Dead? Check out BNP’s other reviews here.