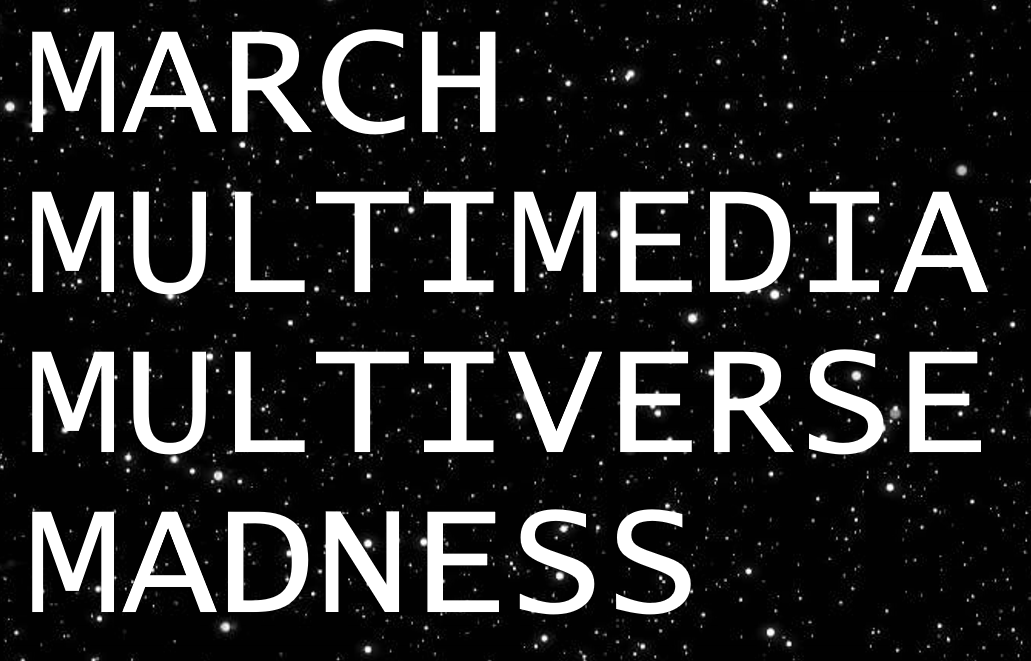 Members of the Audience,

The first week of the first annual March Multimedia Multiverse Madness had audiences all over the Twitter-verse. Brilliant fighters have tasted defeat, and the victors continue to march forward into the quarterfinals. Some matches were nail biters and others were magnificent landslides the likes of which fandom has never seen before.

Here’s where we stand in the Quarterfinals:

The bracket has been updated and, once again, we implore you kind audience: participate in the polls on Twitter. Tell us who you think is the best fighter of them all.

We have curated a roster of 16 of the finest fighters from across anime, comics, video games, western animation, and live-action television. Throughout the month of March, various members of the BNP MMMM Commission will be advocating their Champions through a grueling gauntlet that will set up brilliants bouts, the likes of which you have never seen before. In the grand tradition of Dissidia, the Fate series, and the Grandmaster, we are taking our fighters from various points in the Multimedia Multiverse and bringing them to a neutral battleground. Since we couldn’t afford the royalties to use any of the typical announcers, I, Master of Ceremonies, have taken up the role of host.

Now before we meet the champions, let’s review the rules and regulations of the MARCH MULTIMEDIA MULTIVERSE MADNESS.

0) In honor of Women’s History Month, all of our champions are women.
1) Our Champions were select from characters across all fiction.
2) For Champions with multiple iterations across media, a specific canon was selected.
3) Champions will fight One on One on neutral territory. The environment will not drastically advantage or disadvantage either fighter.
4) Champions will have access to objects typically on their person and retain all their typical powers.
5) Champions will have had 48 hours to prepare for their battle, and allowed to acquire commonplace materials and objects.
6) The use of GOD-MODDING is strictly prohibited until the Finals. Until then, all matches must be completed without breaking reality, utilizing super regeneration, or enlisting other game breaking powers or devices. But during finals, literally anything canonical is on the table.
7) Our Champions are partaking in a fight. This is not a popularity contest.

That last rule is important because it is you, members of the audience, that will be determining the outcomes of these matches. Your participation in the various Twitter polls will determine who advances to the next round.

And take a quick peek at the bracket.

Check all of our matches in this year’s March Multimedia Multiverse Madness, and vote in our Twitter polls, following the hashtag #MarchMultimediaMultiverseMadness.