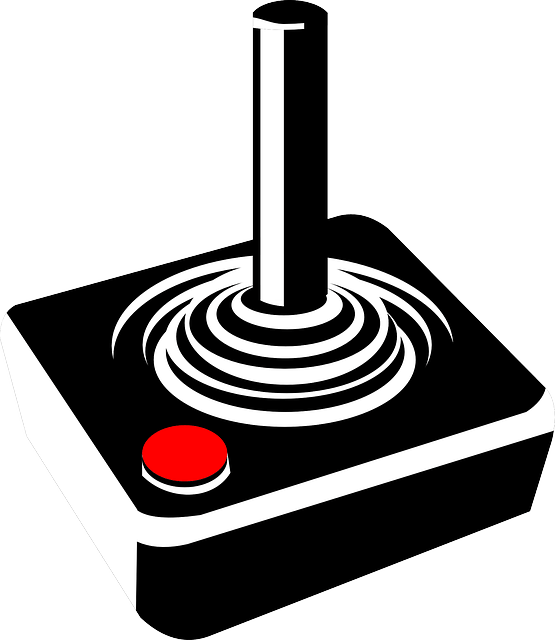 First and foremost, don’t judge how my mind operates alright. 74% of you are probably going to be reading this like, “Who the fuck got time to write about console controllers?” This ain’t for you, this for the 26%. What brought me to this is my recent purchase of a Wii U solely for the new Smash Bros video game. I was holding the Wii U controller thinking, “What the fuck is this shit? Back in my day the controller wasn’t a watered down I-pad. We had real controllers! …Stupid next gen consoles with your loud music and HD graphics!!”

This got me thinking about all the good controllers of yester-year and if I’m going to war, which I’d take with me. Everyone is going to have their personal favorite controllers dependent on their console of preference, I’ll try and touch on every– you know what? I’m not even going to try and be non-bias. I’m not sorry about it either. 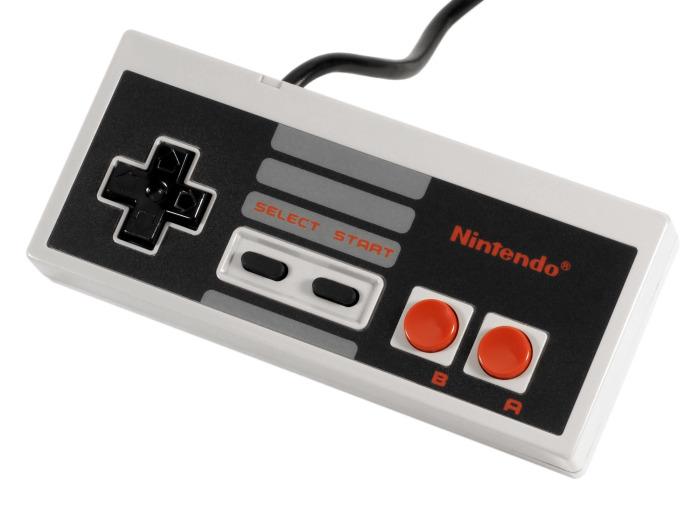 I just have to pay homage to the god-father of controllers (No, I’m not going to give it to Atari. That shit wasn’t comfortable. Sorry, [Not really]). I’m not sure if I should call this the standard handgun of console controllers or the musket of controllers. It was pretty easy to work, easily accessible for everyone didn’t take any real skill to handle. The Super Nintendo controller felt like an upgrade. The two extra buttons (extended clip) and the additional L & R buttons up top (scope). It was a great addition to a classic.


Lemme upgrade ya! Lemme upgrade ya. This was the brass knuckles of console controllers right here. This shit could take a beating. You could’a dropped it, stepped on it, kicked it. It was strong enough to handle your younger sibling’s and friend’s rage when that blue shell stole their first place in Mario Kart 64 or getting sniped out for the 45th time in Golden Eye. The N64 controller could also hand out some damage too. It looked like it was modeled after some kinda futuristic stun gun or space ship. Let’s not forget about the rumble pack either! My boy had a rumble pack so wild that it would drop out the bottom of the controller! Real talk. 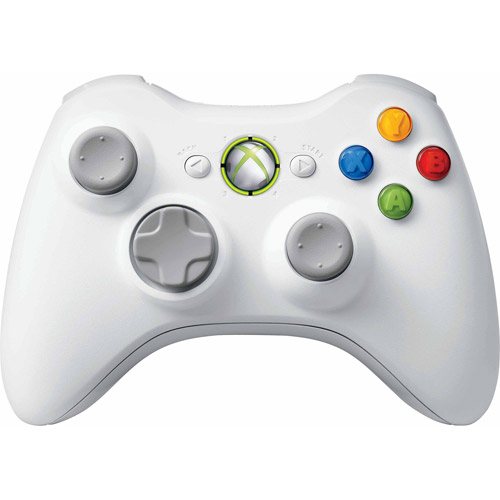 This always felt bulky to me. It was heavy like a bazooka (yeah I’ve held a bazooka before. You haven’t? Step your life up). It always felt too much like manipulating a bench press to me, I did love the placing of the left and right triggers in the back for easier access tho. I rolled with the X-Box for a couple of months before I went the way of the PS3. I know a lot of people are die hard box fans, so I’m giving respect on this. 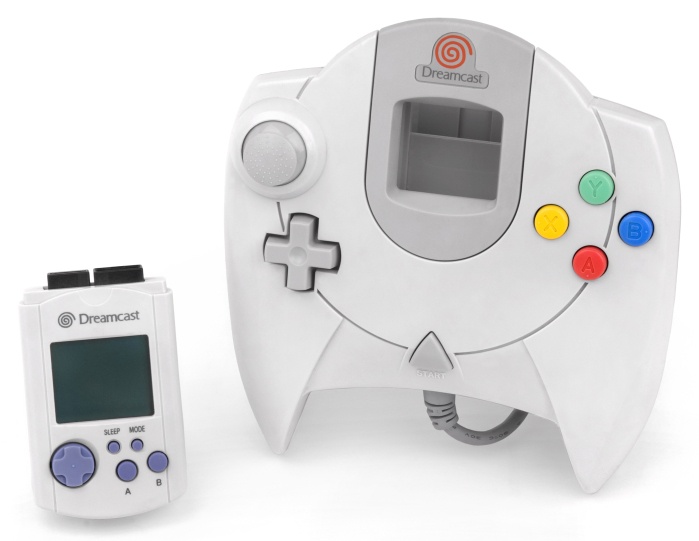 Awwwwwwww yeah, this bad ass right here? This shit right here? My gamer this shit right here was my shit. The Wii U pad wants to be the Dream cast controllers soooooo bad. This controller had the fucking external memory drive that you could play mini games on while you were on the go, bathroom whatever. Don’t even get me started on when you had to load in the rumble pack for this bad boy right here. Yeah, you had to load in the the mini memory device, and the rumble pack, it felt like you were straight up putting mad ammo into a sniper rifle every time you heard that double *Click-Clack*. If you didn’t shout out, “It’s okay I’m relooooooooooadeeeeeed” at least once when setting up then you are a god damn liar or taking life’s small miracles for granted. It also looks like this controller is the distant cousin to the X-Box controller. 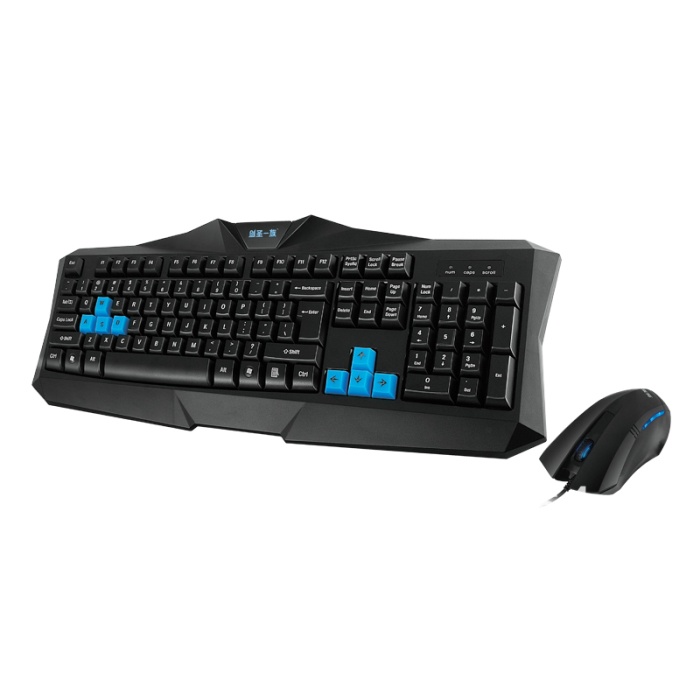 I am only mentioning this MOSTLY so I don’t have to hear Ian complaining while writing me up for gamer discrimination at the next staff meeting. I am shit on the keyboard and mouse personally. I respect everyone with the skills on it, that shit is a whole ‘nother world to me. The mouse and keyboard are definitely the sword and shield of gaming. If you rock with this as your weapon of choice more power to you.

The Winner(imo): The GameCube Controller 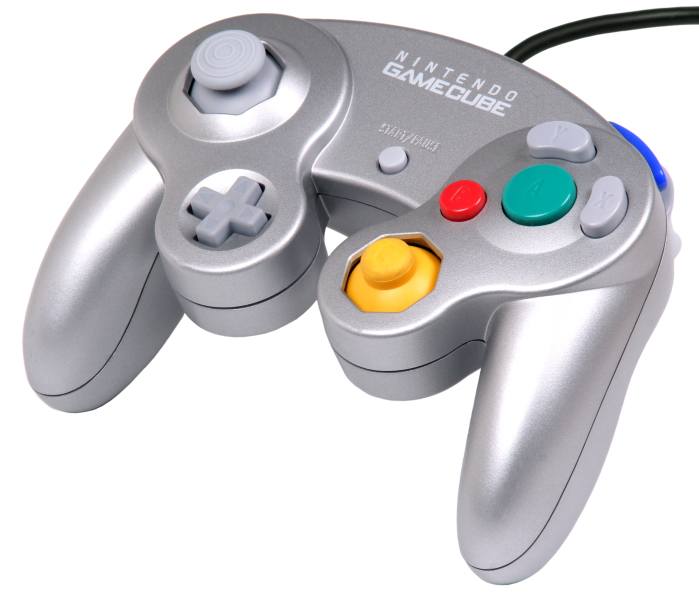 YASSSS LAWD! YAAAAASSS! This controller is it man. IDC, IDC, I-DON’T-CARE!. When you gotta make sure this shit is adaptable for your future consoles? Come on man, this just fucking feels good. It rests perfectly in the hands, buttons all a good distance from away from one another (even you Z button). Great weight, great balance, this controller is an instrument of massive destruction in the right hands. I know a lot of you may be thinking, “Bullshit. What about the PSX controllers?” Those are great, especially in fighters when doing the Hadouken motion or holding down the turbos in them NBA Streets games. However, nah. I’m not giving it to you off of that alone. That GameCube controller is straight up built for adventure my gamer. I think I got fonder memories with this controller more so than with the Playstation. When I get called into war this is the piece I’d be taking with me or as Cory Gunz said,