We’ve seen moments like this before. LeBron James. To Pimp a Butterfly. The Rains of Castamere episode of Game of Thrones. Sometimes, rarely, the expectations do meet the hype. When Daredevil dropped last week, we geeks were pretty hopped up on whatever Hell’s Kitchen was cookin’, waiting to watch #MurdaMurdock put in that work. Most of us thought it would be good. Some Easter eggs here, some cool action there. Maybe a couple of radar sense fight scenes for us to go, “that was cool.” So I was pretty surprised when it instantly became the best comic book adaptation on TV. Many of us at BNP had given that crown to first-year Flash while recognizing it was still on CW and had limitations that made it a good comic book TV show and not a particularly great TV show sans qualifiers. Yeah, Barry Allen, I hate it had to be you man. Daredevil dropped thirteen episodes on a Friday night like Beyonce and was telling everyone else to Watch The Throne by Sunday morning. The fact that people are still talking about how much they love Daredevil even after Game of Thrones debuted its 5th season two days later is a testament that we’re not fuckin’ around here. 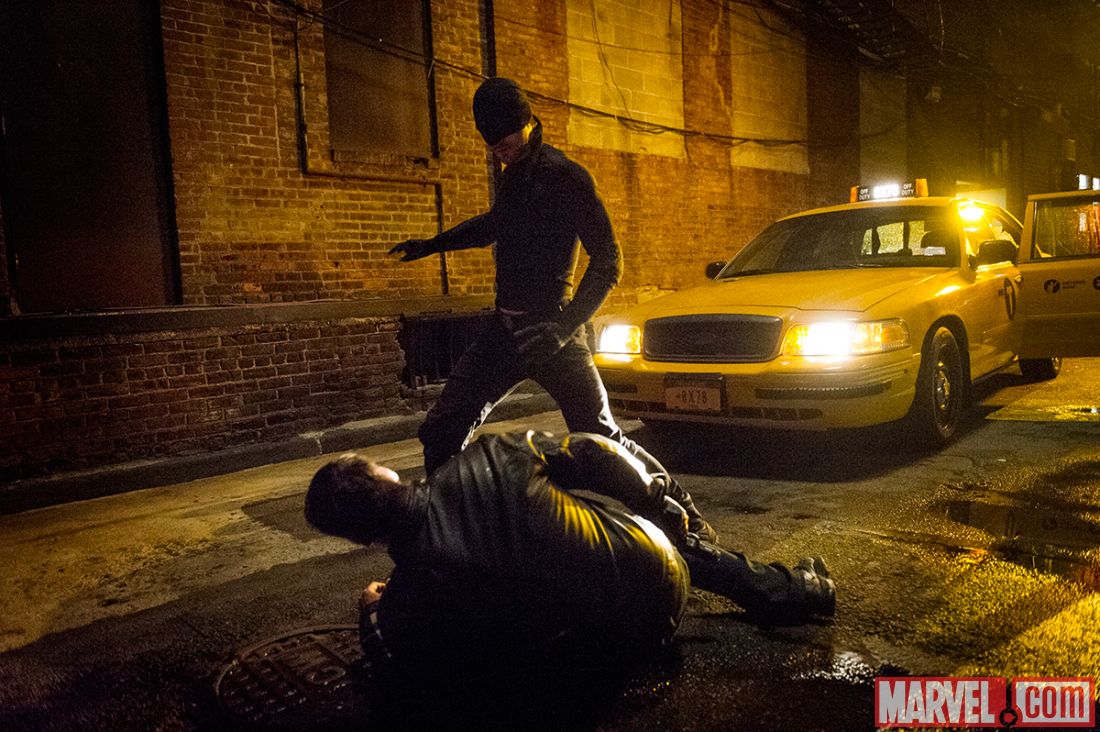 So what’s next? This is Netflix, so it’s not like folks will be crowding around their TV twelve weeks from now to figure out what happens between Fisk and Murdock in the last episode. That shit is done, b. Cats cancelled their Saturday night movie dates to write Daredevil fan fiction and spec scripts for season two. We won’t be getting that (season two that is) in the very near future because there are four other shows in the “street level” heroes series coming. Expected next in line is the AKA Jessica Jones installment and I’m really interested to see how “other” they will make Iron Fist (hopefully with an Asian-American as our friends from NOC have put forth), but you know what I want to see. Luke to the…Cage to the… Netflix should have never gave us Negroes hope.

Mike Colter, who you might know from The Good Wife or who me and about 14 people with an XBOX know from Halo: Nightfall, will be Sweet Christmas himself both in his own show and as a guest appearance on AKA Jessica Jones (naturally). If you aren’t a big comic book fan, then you might not know much about Luke Cage or that he has had a resurgence of late. After years of unbalanced portrayals, sometimes stereotypical, sometimes completely non-consequential in the Marvel Universe, Cage has found himself a nice nest in comic book relevance. Though pre-empted by Brian Michael Bendis’ use of him in various Marvel stories, the Mighty Avengers book that began its run in September 2013 under the pen of Al Ewing helped solidify Cage as an important hero again. Cage was now leading his own Avengers team (that was mostly filled with POC), being prominently involved with the most recent crossover events, and had the uniqueness of being married and the father of a young child while also being a hero. 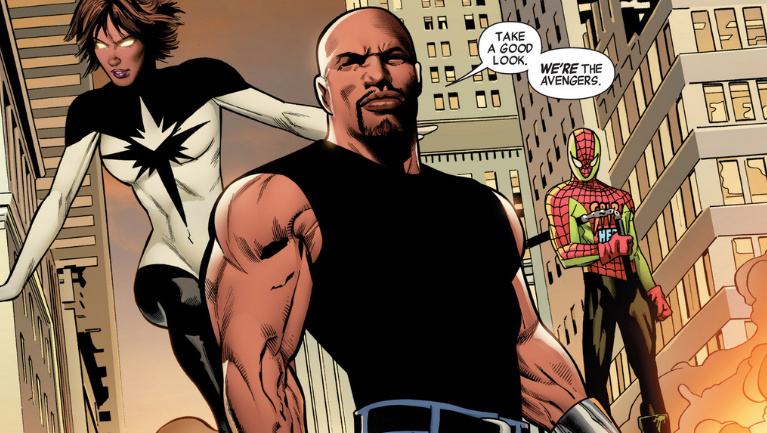 But the fight scenes and possible gore are the smaller and insignificant part of this. While sort of using a half measure, Daredevil tackled gentrification and rent-controlled living as a narrative and social problem throughout its season. So will they go there with Luke Cage? The large and intimidating Black man with a troubled past in New York who can’t be killed by bullets? Will we be patting Netflix on the back a year from now for its take on modern racism and the dangers of being a large Black man the same way we have congratulated them for highlighting the evil motivations for forcing people out of their homes as a means to profit this year? It’s easy to remain skeptical at such a proposition, but I just don’t know how Netflix keeps its street cred and completely ignores the implications that Luke Cage in a “real world” brings. I didn’t have this kind of giddyness just a few days ago. But I have seen the truth. I’ve been to the comic book TV mountain top. The air is a little thin, and they wi-fi is sketchy up here at times, but I’m not coming down until a full season of Luke Cage joins me.