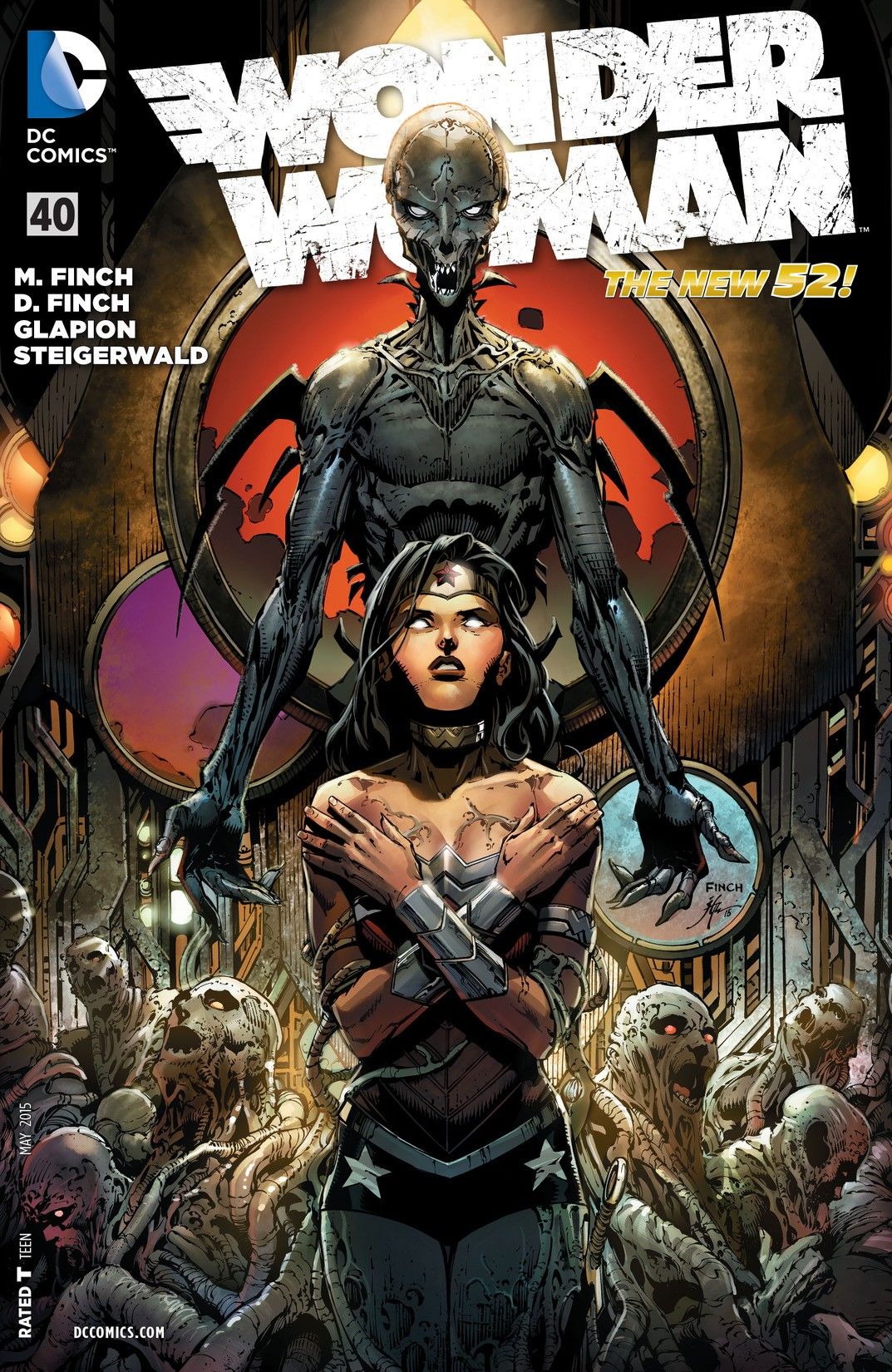 It’s that special time of the month where I die a little inside. Yup, that new Wonder Woman hits the stands and I just…Sigh. Omar described it best in the second paragraph of this post how “disagreeable” I become. This issue’s cover like last month’s art is accurately on point with what happens within the pages.  Diana stands eerily, arms crossed, eyes blank looking less like the hero we know and love her to be and more like a host for a parasite. It accurately presents her current situation as one that is being leeched off of : by her enemies and also her fellow never-can-be-pleased Amazon sisters who enough of them choose to go behind her back to create a new “champion”.

We  have the official meeting of Diana and the one who would claim her life and her throne: Donna Troy. Diana upon her first strike with realizes how serious the situation is now: all the fear and lack of faith in her by her sisters has birthed this. This young woman, this pawn, this child, who is praised and revered even though she and D share the same origin story: being born of clay—something Diana was mocked for. Which makes for an very ironic twist.

Art wise? Every artist is open to his or her own interpretation of Diana. In previous reviews I have noted that D looked less likely to sever a head and more like eye candy.  Alas, the art in this issue is starting to less “pin-up” like, less like a young, doe eyed lass and more of a seasoned, mature woman. THANKS. But we ain’t out the park yet. While the art has shaped up…a lot of the facial expressions are still very awkward. It’s endurable. Nothing like what I nicknamed “Horse Meme Face/ Titan Looking Over Wall Maria To Grub On Some People Face” which you can see  at the end of my review for Issue #39 (which still terrifies me, btw) I’m a little, ok, more than a little miffed on how this became the Justice League Show, as well. There also looked to be a nod to Azarello’s run as writer but I’m just eager to finish this review and read some comics where I know the lead won’t be disappointing. Yikes, Did I just type that? LORDT. 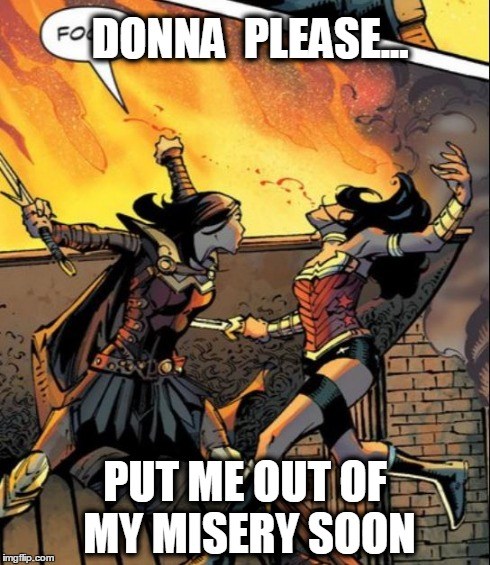