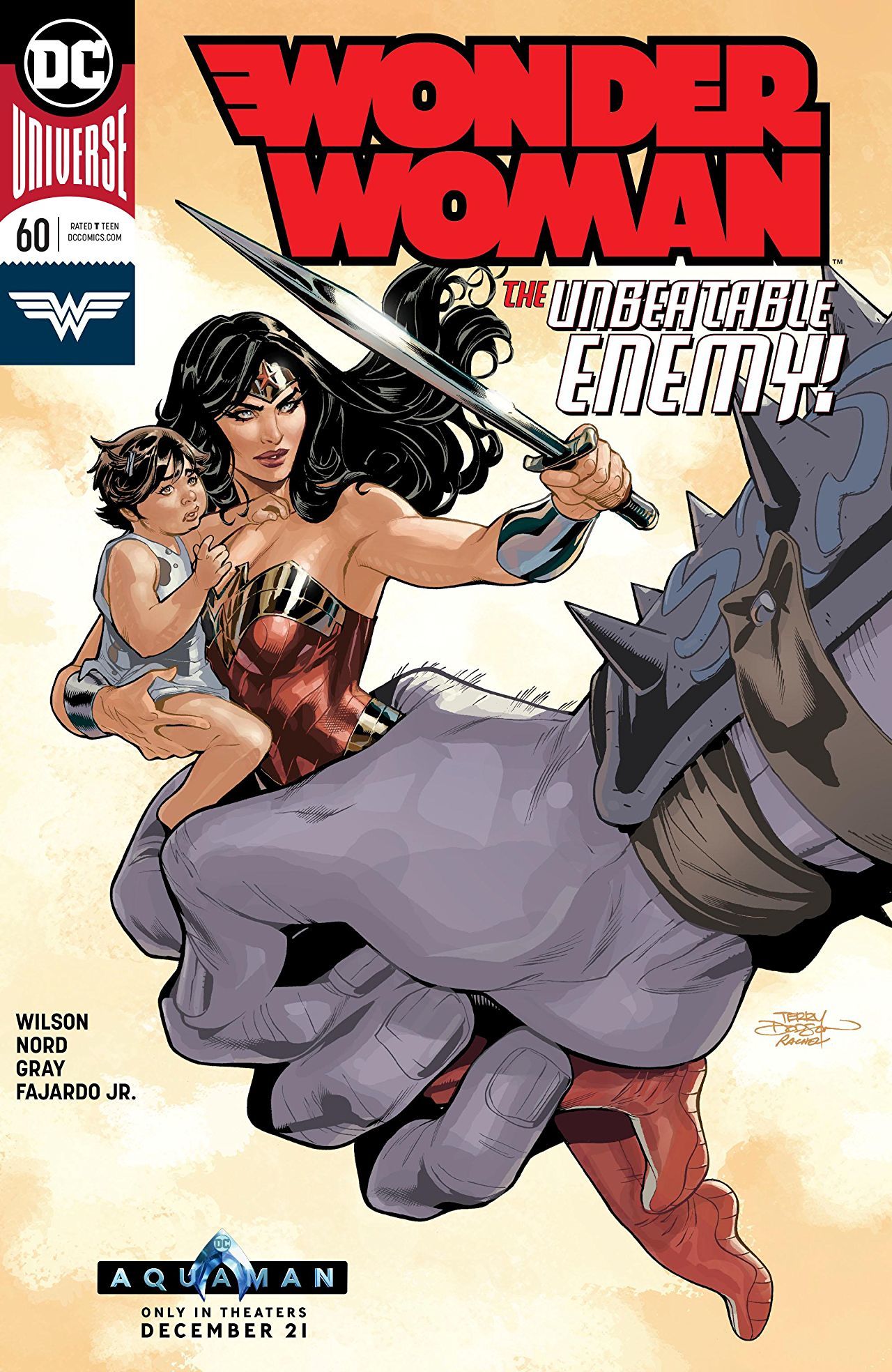 The conflict continues to escalate in this issue, as Diana and Ares trade words and fists as they try to work out a path forward. There is plenty of the expected rhetoric here in issue #60. What does justice look like? When justice turns to violence, how is it different from revenge? These are the kinds of topics that comics writers love to have their heroes wrestle with. For me, it is a little too abstract to be truly compelling. I don’t often find myself worrying about whether punching a person in Trader Joe’s is just, even if they grabbed the last bottle of my favorite Merlot. I like my stories small, personal, and this one is anything but.

After some pretty fancy fighting moves, well illustrated by Cary Nord and crew, Diana seems to convince Ares that maybe, throwing fighter jets into apartment buildings isn’t justice, and they agree to go their separate ways. This leaves Diana to try to calm the war she’s just participated in re-igniting. The whole “all actions have consequences” thing really weighs heavy here. Even if this is an impersonal, miscellaneous battlefield in a generic Eastern European/near Greece country, the rules haven’t changed much. It still comes down to Diana trying to save the ones she loves: Where the hell is Steve Trevor anyway? 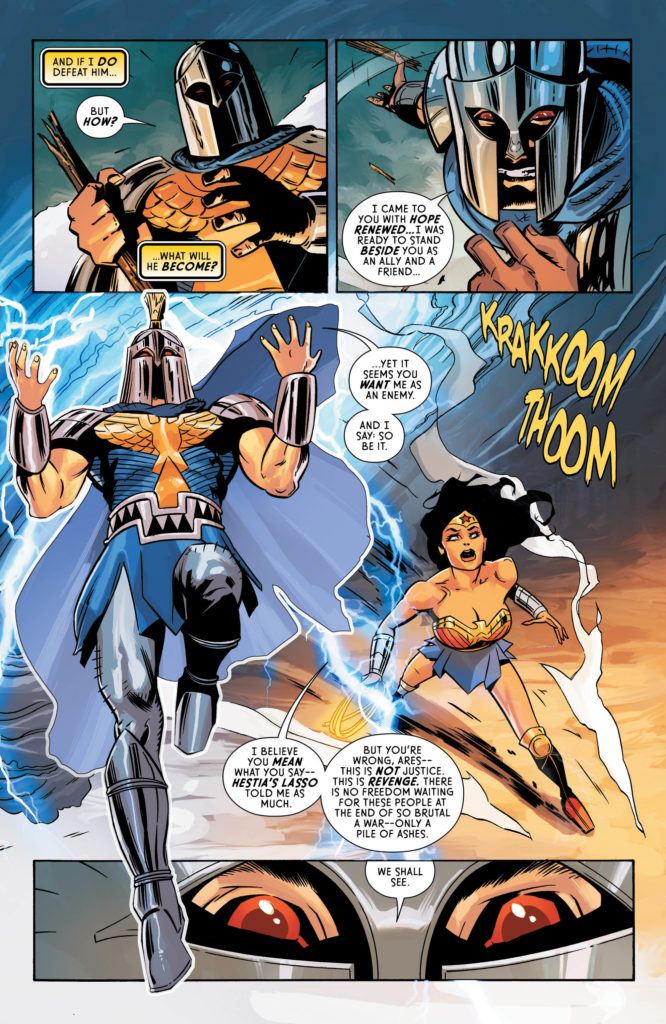 Meanwhile, Steve Trevor is being marched topless across the countryside, off to a grotto to meet someone. That takes up quite a few pages.

The mythic beasts are officially my favorite part of the comic. They aren’t quite comic relief, but they are flawed, and at odds with each other in an interesting way. Through them, I get a strong sense that nothing here is what it seems. That’s a lesson that comes up often in comics, but that doesn’t seem to have yet occurred to Diana. We’ll see if she catches on next issue.

7 Pantheons of Greek Gods out of 10