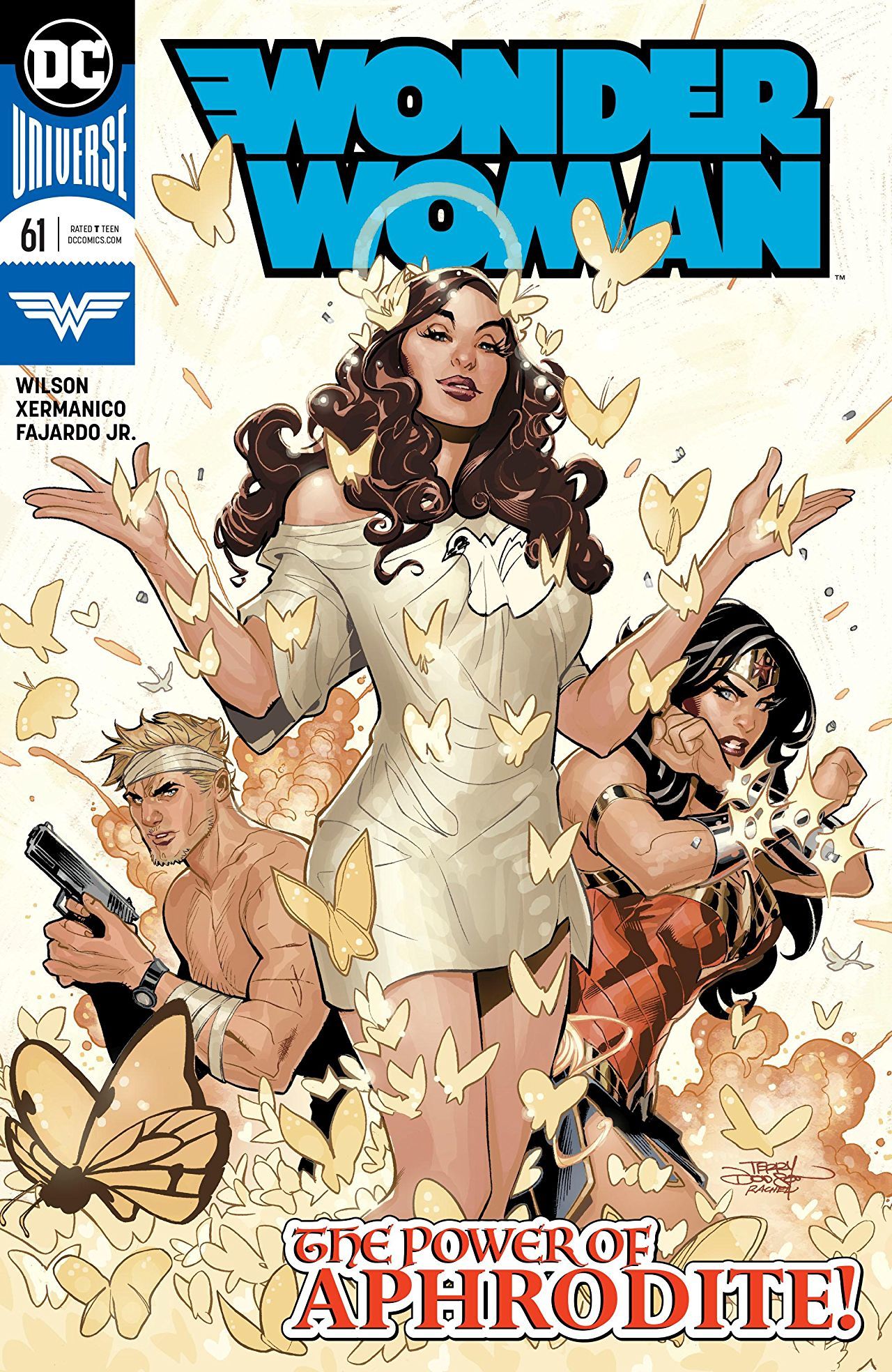 Well, we’ve found Steve Trevor. Gone are the mythic beasts and their pleasant confusion and bickering. Revealed is another member of the Greek pantheon stranded on the mortal plane: Aphrodite. 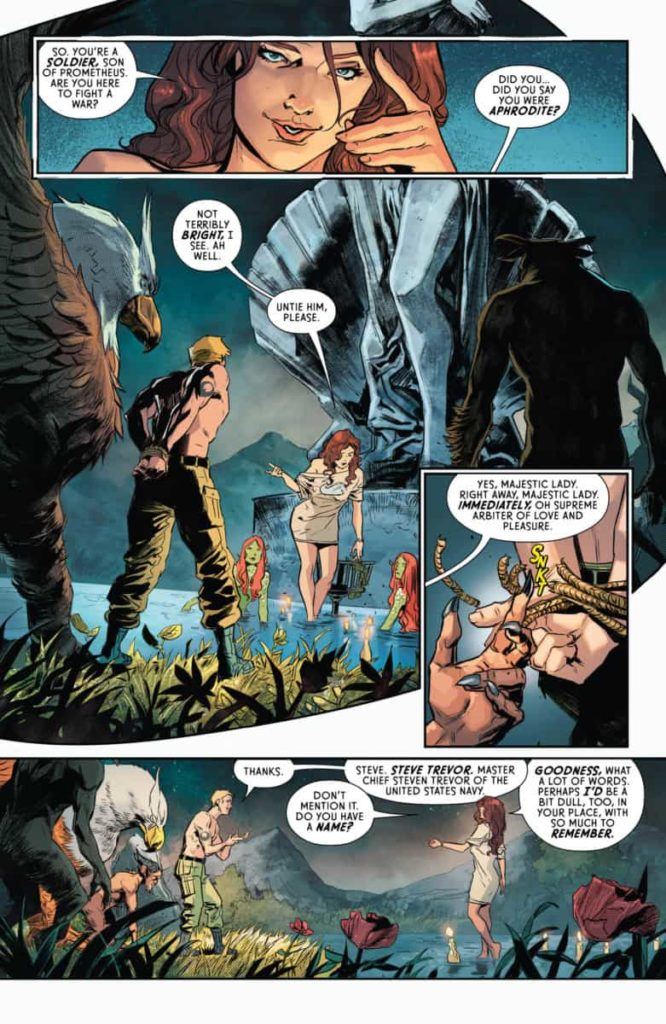 Cary Nord has passed the pens to Xermanico, but with the same supporting cast of Fajardo on colors and Brosseau on letters, the look and feel of the comic is continuous. We remain in a world that is full of strong action and cleverly positioned panels that move us quickly through the plot.

Once Trevor convinces Aphrodite that love is worth fighting for — this book is built on this kind of topsy-turvy “irony” — she magics them to Diana’s side. Meanwhile, Diana has hooked up with the Prime Minister of this random country. There are lots of questions now: What happened in Themyscira? How’d Ares get out of prison? Why isn’t Aphrodite at home? But these “get to the root of the problem” type issues are pushed aside. Instead, Diana, Steve, and Aphrodite commit to getting the Prime Minister to the peace table with the rebels. This promises to extend this arc at least one more issue.

The issue ends on one more reveal, but it isn’t all that surprising. Overall, this plot feels meandering and repetitive as Diana meets yet more Greek gods. Each conversation is a chance for her again to doubt herself, but only in the abstract — “What do I mean” is given more weight than “What am I doing?”. I wish there was more of the latter and less of the former. For right now, this comic is a pile of questions and symbols embodied by perfect, white Gods. I keep reading to find out the answers, but there isn’t a strong emotional investment to keep the forward momentum. For symbols to be effective, they have to connect to reality. I’m still waiting for that connection.