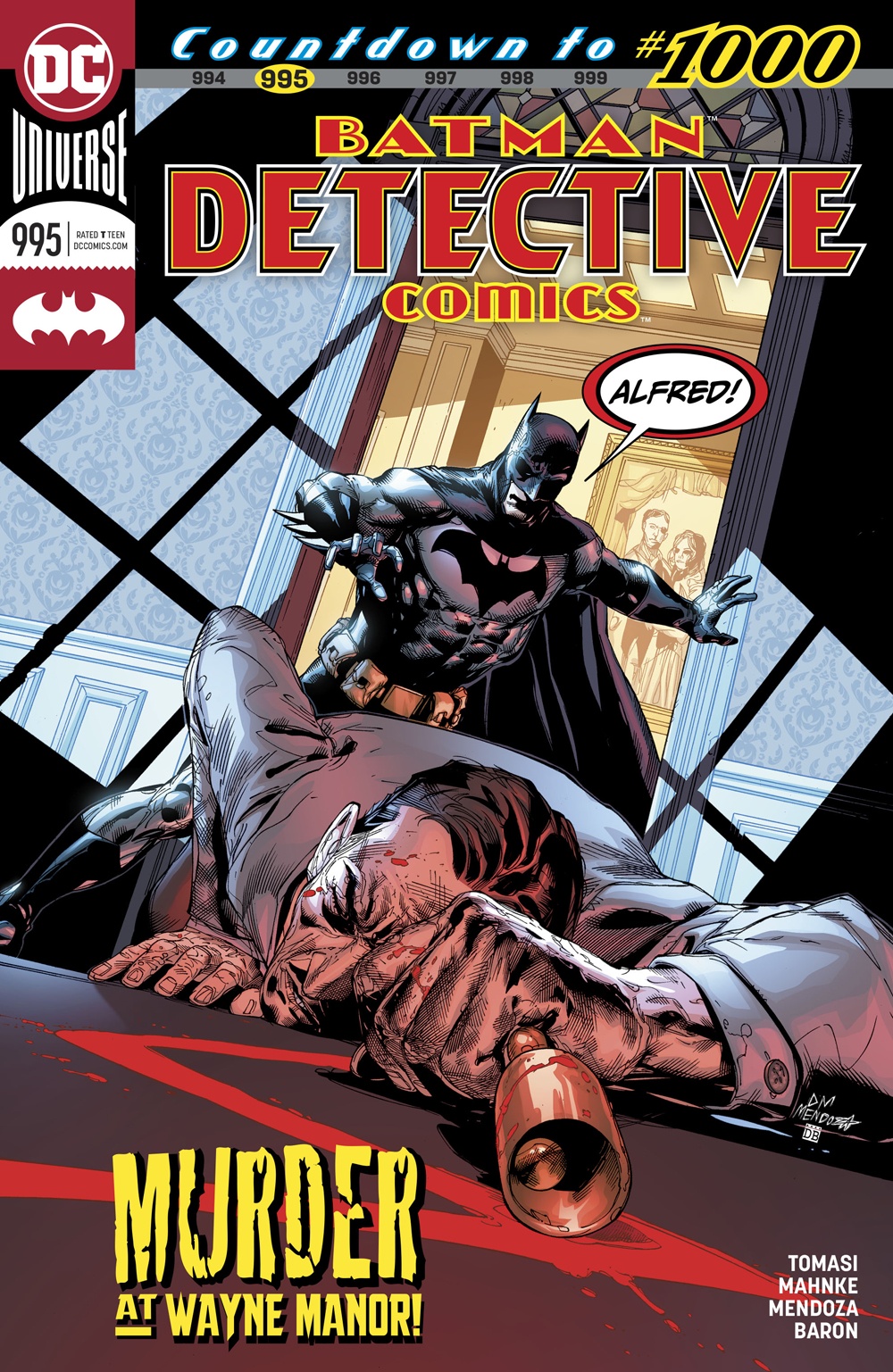 The Countdown to #1000 Continues

Batman has had a really difficult year. The bombshell reveal that was Batman #50 has had a series of various repercussions that have ultimately led him to an apogee, a shockingly depressive low point and we all know that Bruce Wayne has had many, many low points. That stated, Tomasi is certainly not cutting Batman any slack and Detective Comics #995 picks up immediately from the events of #994. Batman is rushing a recently Joker-dosed Leslie Thompkins to the Batcave with Alfred preparing several antidotes.

If the mainline Batman has focused on Batman the individual and all of the interpersonal relationships he has cultivated as the Dark Knight, Detective Comics has focused on Batman as a symbol: the successive summation of all of the good and harm Gotham is capable of. Detective Comics presents us with Gotham at its most brutal and unforgiving. For all the people trying their hardest to keep the city safe, there are malevolent forces trying to tear it apart in equal numbers. 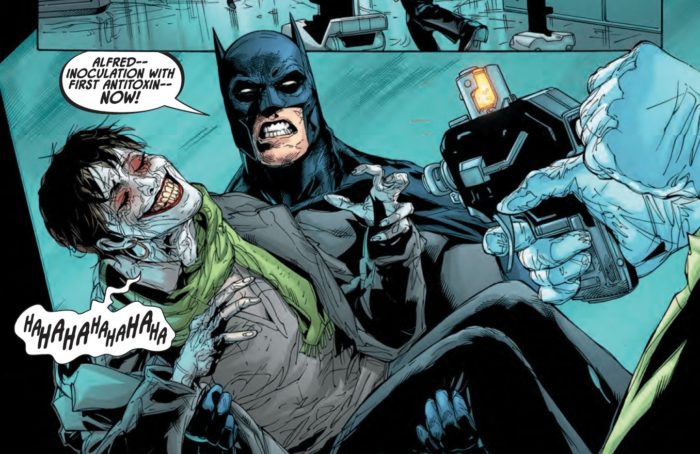 Tomasi’s Batman is the logical conclusion of a man pushed to a brink. There is a distinctive horror vibe permeating throughout the issue, aided by Mahnke’s magnificent artwork. This is a Batman in deep pain. You can see it in every facial expression and frantic posture. The detailing is haunting and Mahnke really shows us the humanity of both Bruce and Alfred with equal skill as he shows Thompkins’s cruel twist of fate. Tomasi’s Batman is on his seventeenth bad day, and he is tired of everything.

The build up to the #1000 milestone is drumming up to be a fascinating case study on Gotham’s effects on mental health with a multilayered mystery bubbling below the surface. Right now, Tomasi still seems to be in the process of getting all of the pieces in place, but as a long-time fan I’m excited to see his exploration of Batman’s duality.