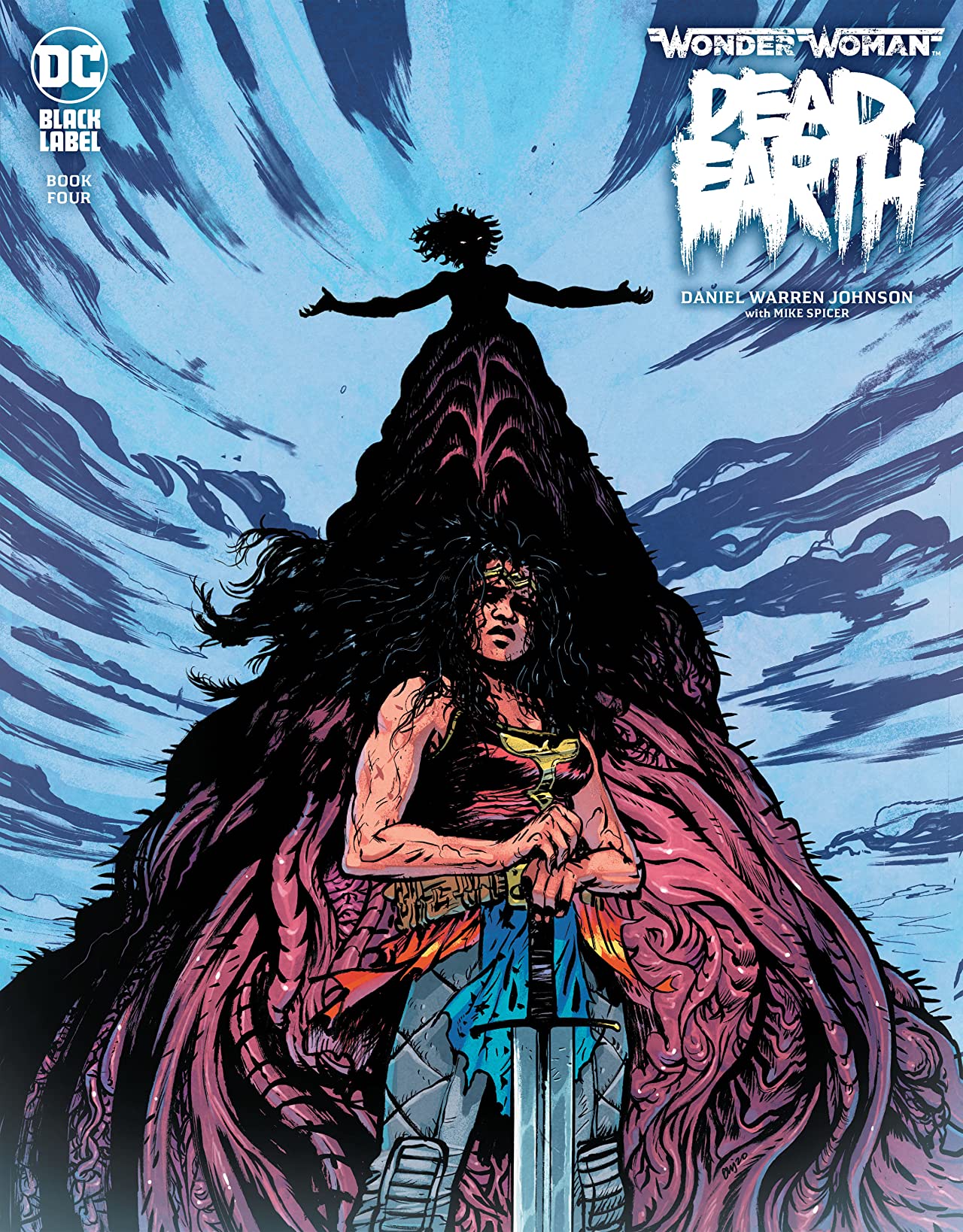 Wonder Woman: Dead Earth is a DC Black Label book. That means it takes place in its own self-contained continuity. It doesn’t have to adhere to any pre-established rules, it can just do its own thing.

This book is all about what would happen if the world ended, and Wonder Woman was the only one alive who could help put it back together.

But the twist is that Double Dub (a nickname that I hope will stick) is the one who broke the planet in the first place. While we navigate that revelation with her, we learn more and more about her as a person and a hero who believes in humanity more than she probably should.

This book has a similar look and feel to Scott Snyder’s Dark Nights: Metal stuff. It’s definitely the same aesthetic, but Johnson does a good job making it feel unique within the context of the story. It’s a gritty world, so the art should reflect that. And it does.

It’s also extremely metal, which seems to be a really big thing in comics right now. There are radioactive mutated Amazonian monsters that look like hybrids of eighties movie monsters and Greek gods.

And Wonder Woman’s lasso of truth? It’s encased in the Kryptonian spinal cord of one Kal-El. Pretty wild stuff.

But underneath the gritty aesthetic and bleak outlook on the world is a story about a damaged hero who was never truly able to embrace herself and her place in the world. And now facing a dead Earth, she’s forced to confront all of that while undoing all the wrongs she’s done. It’s an incredibly human story about a goddess.

This final issue of the short four-issue run, is all about Diana’s past confronting her present. And the only way that she’s going to be able to rectify all of her mistakes and fix the world that she broke, is by accepting who she is and what she’s capable of. We all make mistakes. But it’s how we overcome those mistakes that really speak to our character. I guess that still applies when you throw the world into a dystopian state too.

Wonder Woman: Dead Earth gives us a dark look at a world that Wonder Woman broke and is now burdened with fixing. If you like giant monsters with tendrils and corpses in superhero costumes, this might be the book for you.