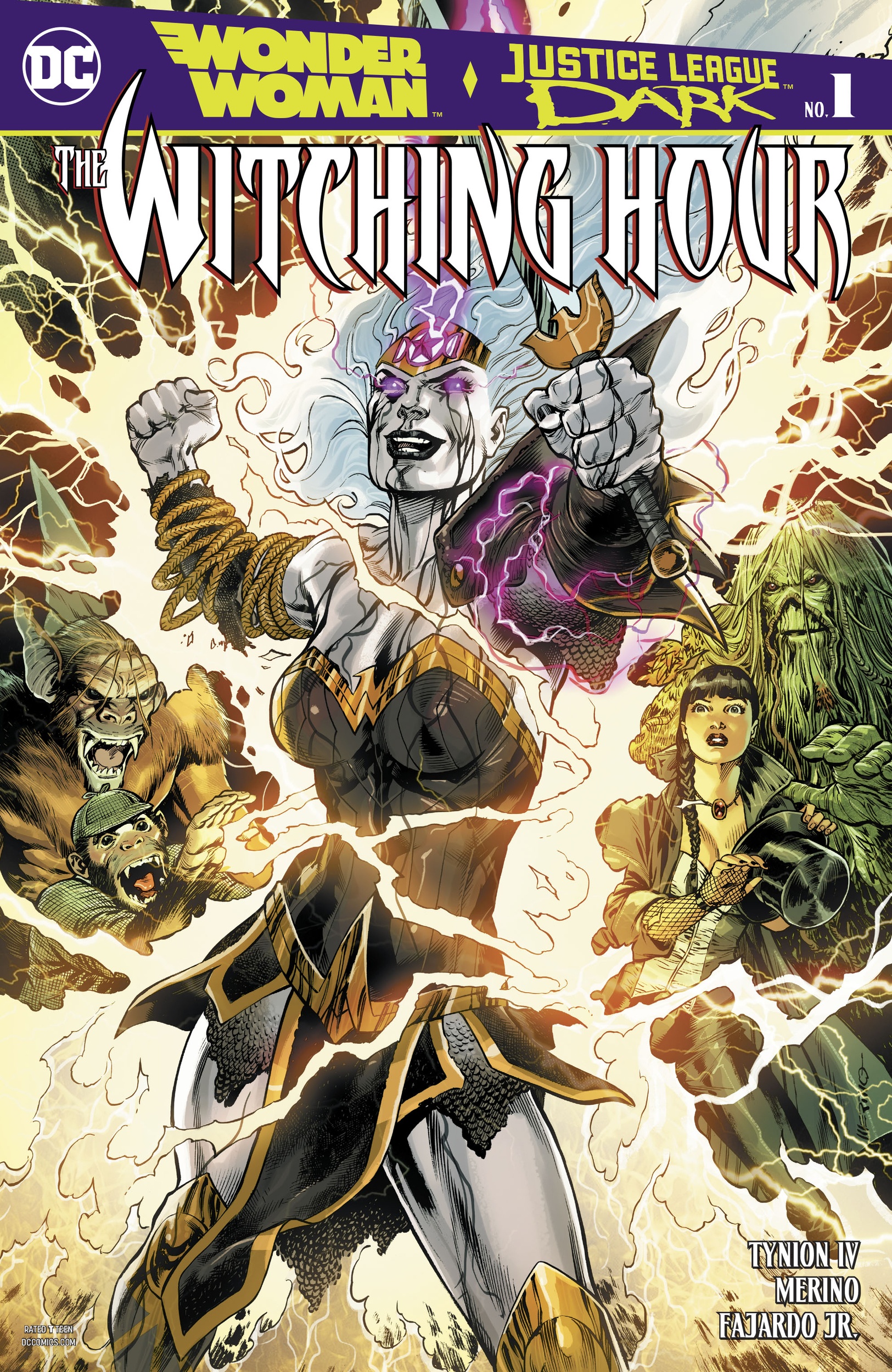 After the events of No Justice and Justice League Dark, the DC universe is struggling with a magical problem, and no one is quite sure how to address such a magnificently escalating problem. As strange entities simply known as the Otherkind have sent their emissary, the Upside-Down man, to wreak destruction, the heroes of the DC universe are at an impasse. Wonder Woman and the rest of the Justice League Dark are trying to gather support and the greater magical community is trying to solve this problem on their own, all while malevolent forces continue to work from the shadows.

The throughline of Wonder Woman / Justice League Dark: The Witching Hour serves as a direct continuation of its parent titles. Tynion explores more and more of Diana’s forgotten past at Themyscira and this enigmatic brand on her forehead that gives her access to very powerful, very peculiar magics. The narration is crisp, and the dialog evokes just the right amount of existential dread you want in your Eldritch story telling. Tynion bounces back and forth between smaller, more personal anecdotes of characters and the larger, global stakes story with a deftness that are all unified under this cosmic horror story brewing. Merino’s artwork helps capture the darkness of the work and the backdrops are stunning. 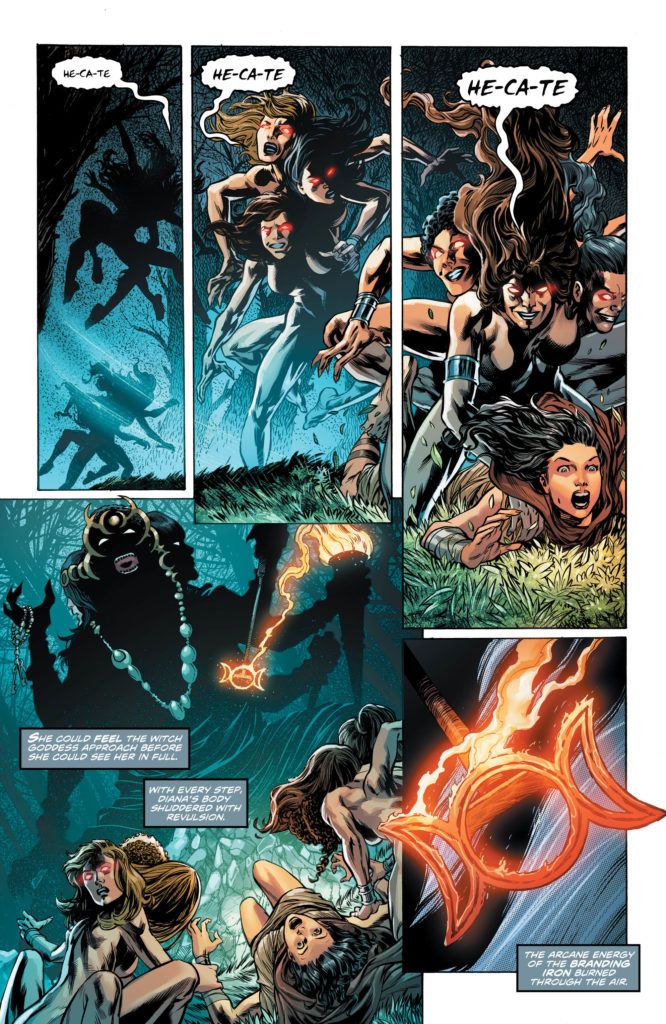 I think where the issue falters is that it feels very transition-y. The first half is entirely dedicated to recapping the pertinent events from Justice League Dark, and the second half is all set up to the next event. While individual scenes feature stellar storytelling, sometimes the momentum doesn’t carry over quite as well into the next scene. It still works, but the issue seems to exist to provide a little more arc welding, so the audience has somewhere to look when Wonder Woman starts having to deal with the backlash of ancient magics.

Still, The Witching Hour plays to the strengths of the magic side of the DC universe and continues the current trend of showing all sorts of fantastical horrors in comic book form.