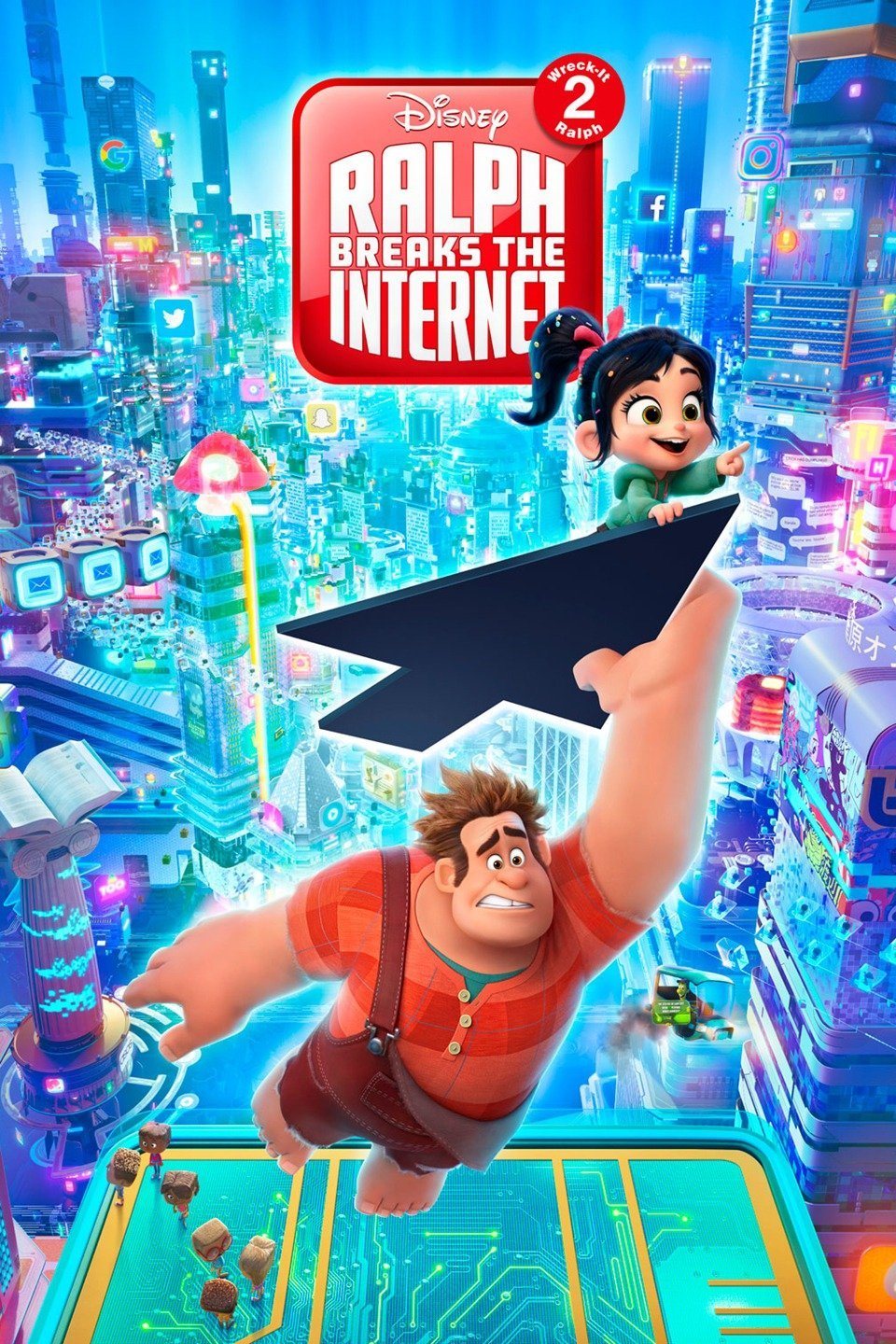 I may have texted my mother a picture. In fact, I texted her a bunch of pictures. Sue me. (Editor’s note: please don’t–we’d have to move the Black Nerd Problems office to Jakku–trust us, NONE of us want to go there) 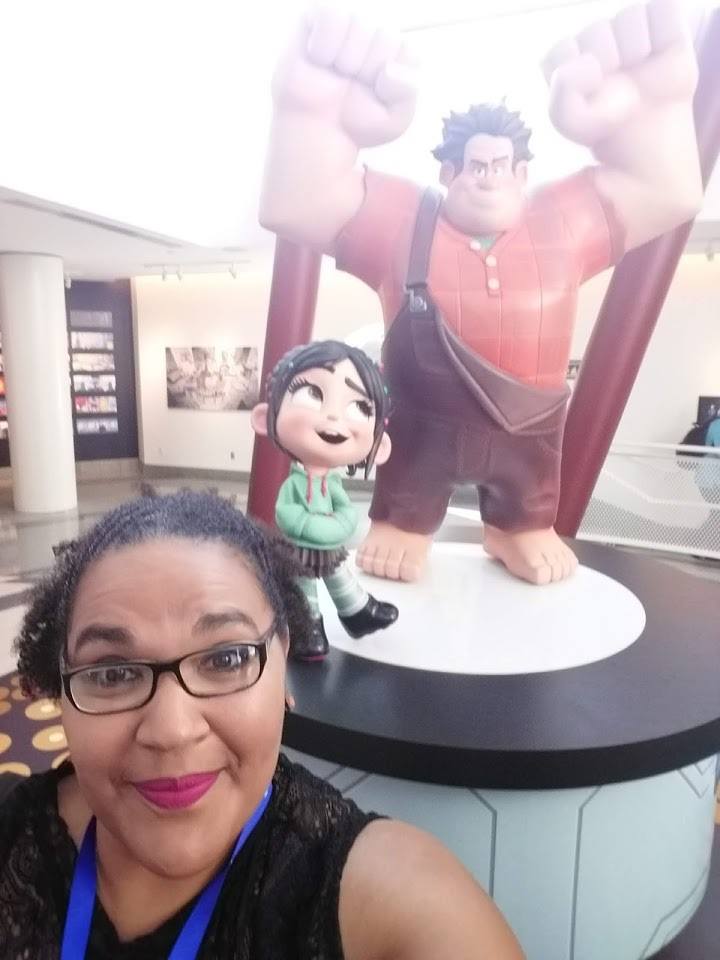 Press day at Disney Animation Studios turned out to feature everything I hoped and more. After breakfast, journalists were given a full day of activities. We started in a large group with a footage presentation and Q&A with Director Rich Moore, Director/Writer Phil Johnston, and Producer Clark Spencer. Next, we split into 3 groups and headed into smaller, more specific presentations by various departments.

The themes of the day seemed to be diversity and detail. At the introduction and footage premiere, we were told that “we are all spices in the spice rack;” that each different type of person is important to the makeup of our world. Matthias Lechner, Larry Wu, and Ernie Petti talked about the daunting task of turning the abstract internet into a thriving metropolis that we see in the film. Cory Loftis, Dave Komorowski, Renato dos Anjos, and Moe El-Ali discussed the process of creating the inhabitants of the internet. Each group explored the variety within society, whether it be through representation in the “Netizens” or the complexity of worldbuilding the actual internet. 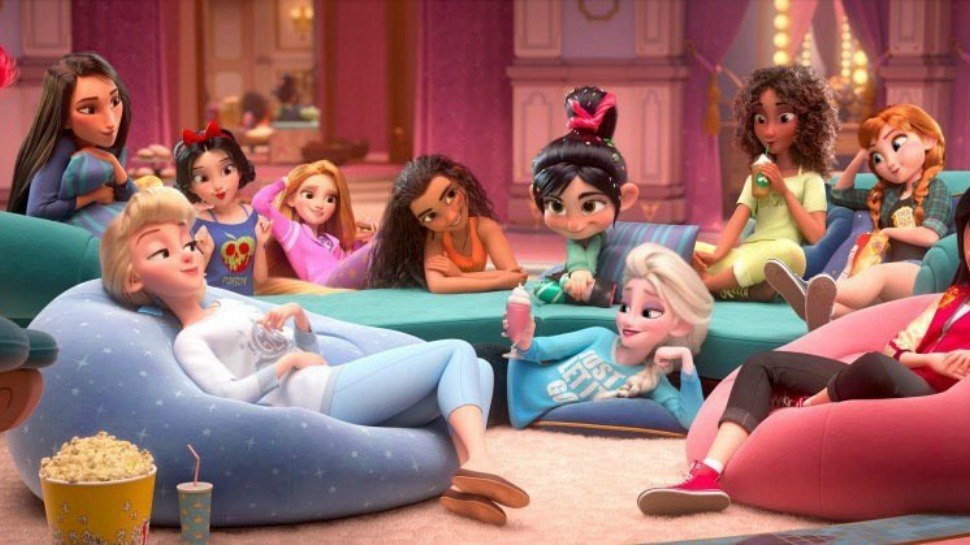 With the success of Zootopia (2016) and Moana (2016), both focusing on themes of diversity, culture, and fitting in, Ralph Breaks the Internet aims to triumph once again at the box office by relating to audiences in a unique way. Fans of the Disney princesses will enjoy seeing their faves dressed down and relaxing with “Vanellope” (Sarah Silverman) in a well publicized scene involving the princesses in pajamas, featuring the original voice actors. I don’t know about you, but I’m dying to see Tiana with her natural curls wearing loungewear. Yet, I noticed something off, like many of you with Tiana–first of her name, bringer of the gumbo and courage. Thankfully, Walt Disney Animation Studios has reanimated scenes of her to bring her back to the look that is closer to her original version that graced scenes before. Not only that, but we will get the chance to meet a few new characters, including the incomparable “Yesss,” the head algorithm at “BuzzTube” and most hip netizen on the internet.

Big news. Because of COC members and convos with @DisneyAnimation, Princess Tiana has been restored to her original depiction. Now when Black girls watch #WreckItRalph2, they’ll see Tiana and other princess of color that actually looks like them on screen #BlackGirlMagic pic.twitter.com/4ZPJm4aZyz

We Stan a Legend

Voiced by Taraji P. Henson, “Yesss” embodies Black culture. She is trendy, her hair and clothes change whenever she thinks it, and she runs the joint–like Black women in general. Interesting enough, “Yesss” is meant to save the netizens from themselves. Her character sheds light on the sad realities of the internet hive-mind when she teaches Ralph what “going viral” means and how to achieve internet infamy. Considering she’s played by Queen Taraji, this character is guaranteed to bring a richness to this fun and timely story.

Disney is set to open Ralph Breaks the Internet nationwide on November 21.