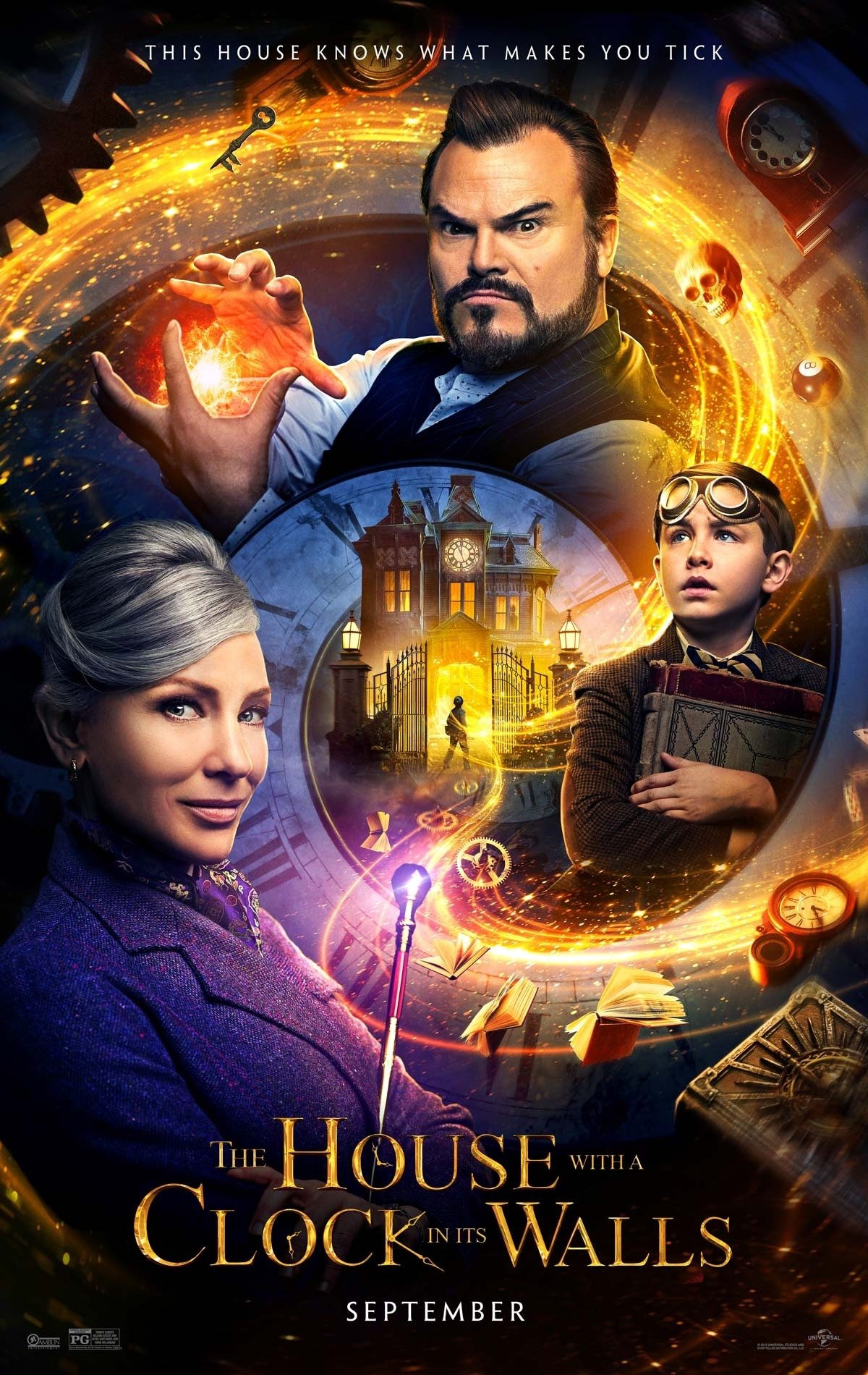 When you think of a director to adapt a children’s book, you immediately think Eli Roth. Right? I know you did…not. I didn’t think so either. And let me tell you, we’d both be wrong. Roth gives us the pre-Halloween treat in the form of The House with a Clock in Its Walls in all its spooky glory.

Owen Vaccaro plays the newly orphaned Lewis Barnavelt. Lewis has been sent to live with his maternal uncle, Jonathan, played by Jack Black at his Jack Black-est in a totally kid-friendly, PG way. Lewis also meets Uncle Jonathan’s eccentric, purple-clad neighbor, Mrs. Florence Zimmerman, a pitch-perfect Cate Blanchett. Lewis learns that Uncle Jonathan and Mrs. Zimmerman are both magically-inclined but all isn’t fun and thaumaturgy. Evil is lurking with the ominous ticking of a clock hidden somewhere in the mansion’s walls. 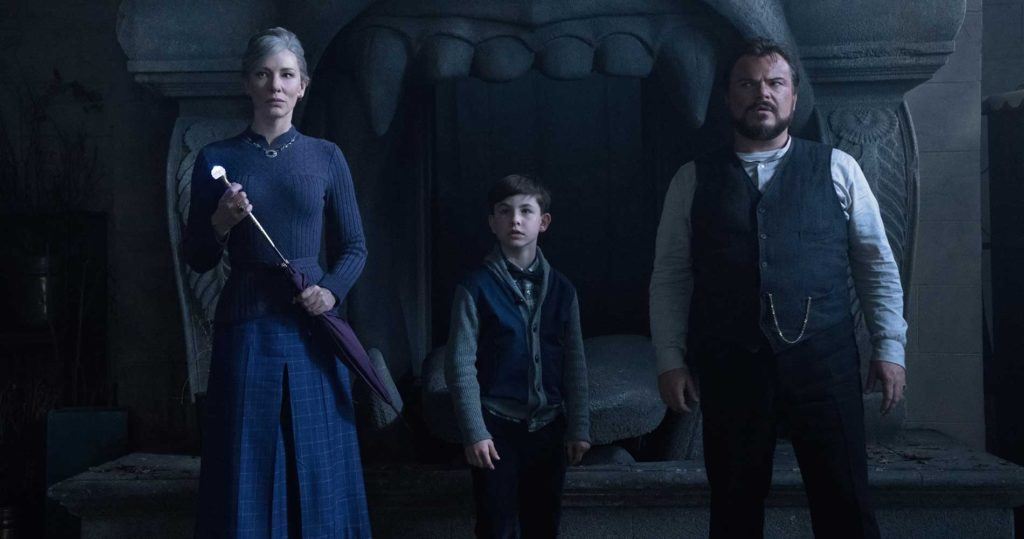 Eli Roth captures John Bellairs with his signature darkness. He leans into the creep factor just enough to give kid-level shivers without going full horror. This balance is no doubt helped along by Black’s odd style and the occasional topiary poop joke.

Roth’s 1955 small town Michigan is delightfully diverse. While we spend most of our time with the white characters, people of color pop up in crowds and at Lewis’ new school. We’re even treated to an epic appearance by Renée Elise Goldsberry, of Hamilton fame, that I’ll leave you to see for yourself. Oh, and Kyle MacLaughlan is in this too and great and weird. I know he’s not POC, but y’all needed to know that he’s in this movie. That’s all I’ll say about that. No spoilers, y’all. 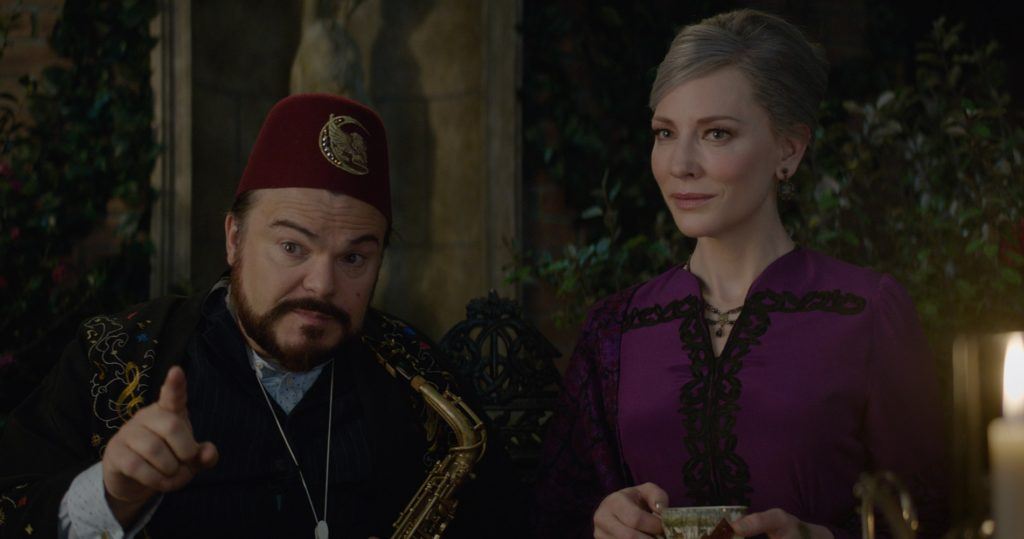 Vaccaro is a delight to watch as he struggles with his new life, new knowledge, and the grief of a sudden and great loss. Cate Blanchett brings all of her gravitas and off-kilter weirdness to Mrs. Zimmerman. She has her own need for growth and change; the reason behind which is revealed in a fashion both blatant and subtle. Jack Black doesn’t let his freak flag fully-fly but the bit that he gives us just teeters on the right side of too much.

The House… tackles themes of bullying, peer pressure, grief, loss, and war. Some moments genuinely had me on the edge of my seat and there was one part that actually freaked me out. It just freaked me out again remembering it so…that’s a thing. Thanks a lot, Mr. Roth. While this movie isn’t pants-wettingly frightening, it’s not for kids who are easily scared. Just know your littles well to avoid unnecessary trauma. It would’ve been too much for little me, so proceed with caution. 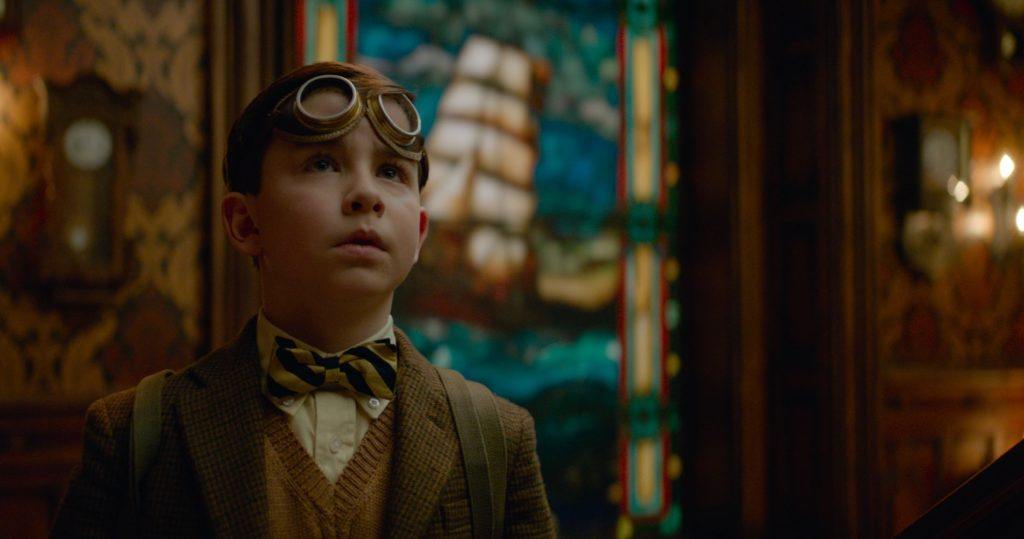 Overall, The House with a Clock in Its Walls is a great pre-Halloween watch to get you in the creepy mood. I’d recommend taking your more adventurous kids to see this one. You won’t regret this one.