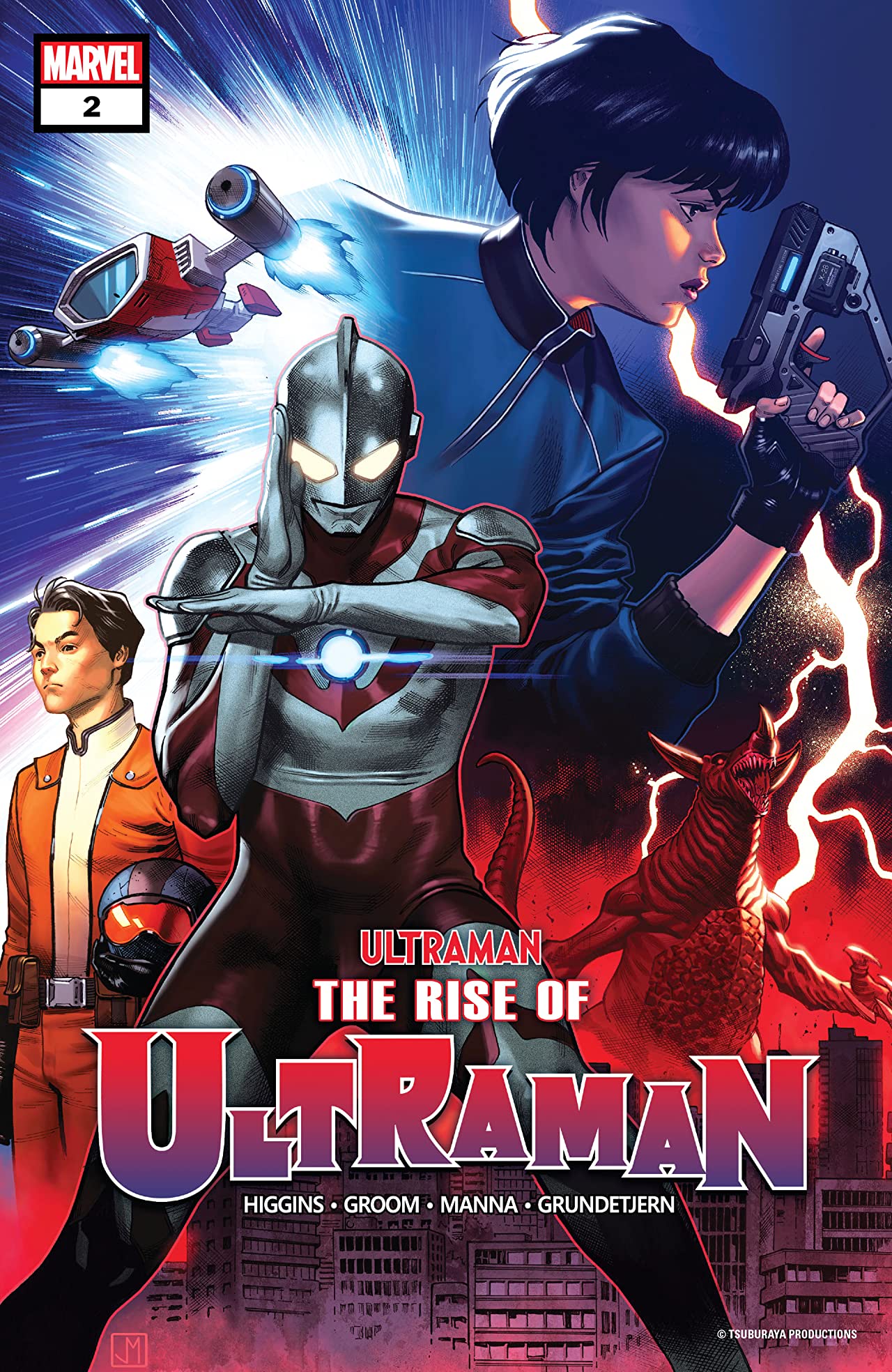 Issue #2 of the Rise of Ultraman powers forward in the retelling of the Japanese legend’s origin story. As Kiki continues her search for answers to save her friend, Shin relives his past and also receives a new perspective on his present situation that may determine his future. It seems like this issue is meant to compare and contrast the course of Shin and “the entity’s” respective lives, but honestly, if you took out the dialogue, the visuals are slightly more telling of Shin’s side.

It’s hard to tell if the writing is intentional in undervaluing the entity’s story for the sake of building on it in later arcs, but what we’re given is entertaining enough that we can give the script the benefit of the doubt. The explanation for the origin of Kaiju is definitely intriguing, if future stories take advantage and build on it later.

There’s not much action in this issue but the handful we do get feels very much like a taste of the good old-fashioned swashbuckling action the old television shows didn’t have the budget for. Meanwhile, Francesco Manna’s artwork is terrific. Given the amount of panels that could have easily gotten away with being splash pages, Manna definitely expresses tremendous reverence for the mythos and pays homage every chance he gets.

Bottom Line: This book is tons of sci-fi/action fun. If you hold it to your ear, you can almost hear the score from the old tv shows.

9 Discarded Pacific Rim scripts out of 10