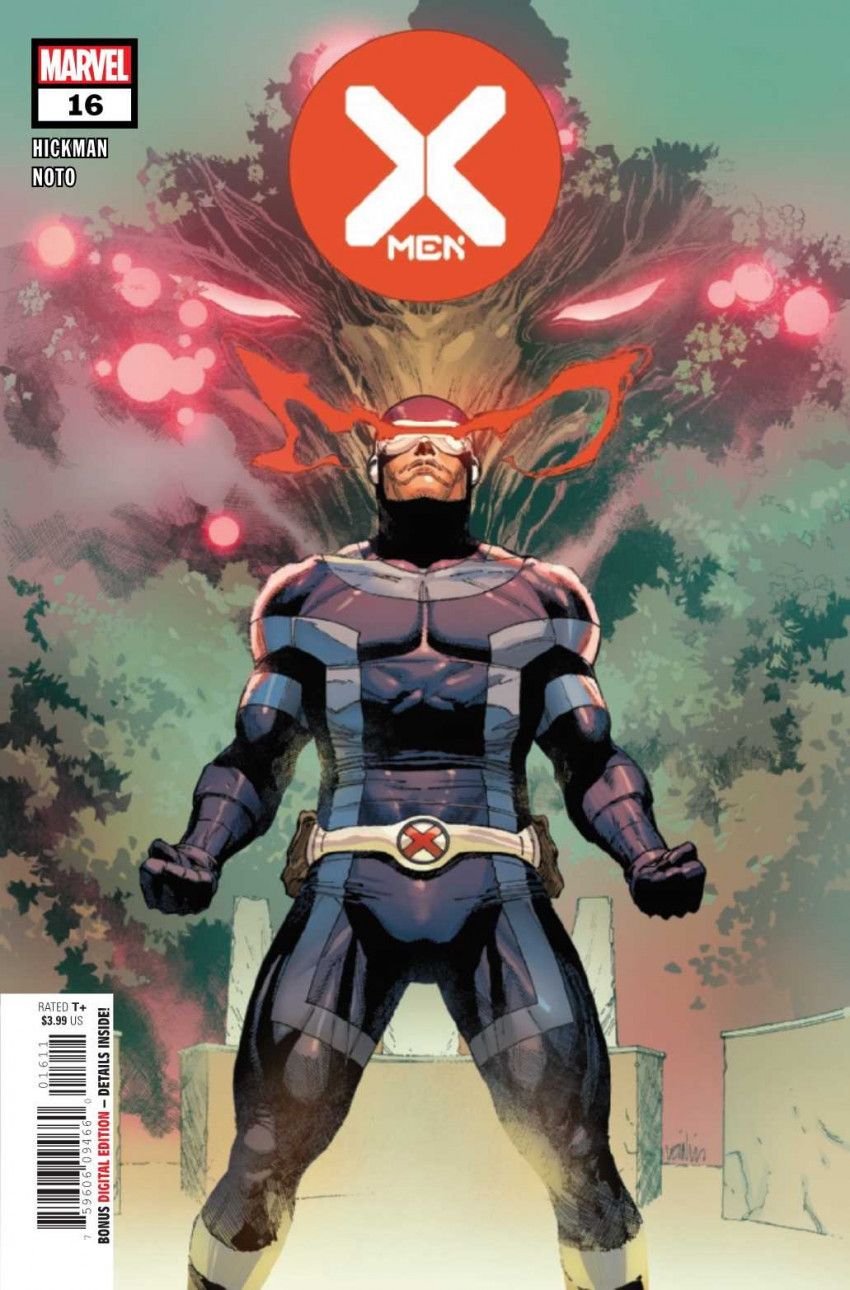 You don’t have to reach far into the pages of X-Men #16 to figure out that even after the day has been won, there is serious trouble in paradise. Most of the book reads like an epilogue chapter of a fantasy novel series, dealing with the overall fallout of the X of Swords event. There’s a lot of questions that come with the newly appeared Arakko island and the countless inhabitants of Dark Age mutants. Krakoa’s Quiet Council reaches out to a familiar umm…dignitary from their sister island and the results are interesting.

The thing I enjoyed about this exchange is that you’re not just watching diplomacy between factions, but between generations of mutants. Arakko is as much defined by their culture as their X-genes. And their culture is pretty exclusively founded and maintained by violence and war. Meanwhile, the aftermath of the Otherworld tournament has left a bad taste in Scott and Jean’s mouths, so after not much soul searching…they sit down for a long overdue chat with the Council about the way things are going to be among the people of Krakoa. Historically speaking, the introduction of democracy to a country on any level tends to be messy, but Scott and Jean make it clear that, before anything else, they’ve been superheroes all their life and don’t intend to give that up anytime soon.

There’s not much action in this issue, but the script is still pretty tense as far as before/after the storm setup books go. Every conversation seems like it’s being had while walking a tightrope. That’s how thin diplomacy has become up on the Mutant Beltway. There’s not many huge, sweeping splash scenes for him to work with in the script but Phil Noto still manages to be a perfectly decent artist to replace Lenil Yu this week. There’s a fantastic panel depicting a conversation between two disagreeing trees that is certainly going to end up being a classic moment in Hickman’s run of this franchise.

Bottom Line: Diplomacy seems to be the name of the game in this issue and Hickman has gotten the ball rolling for what promises to be a tense story from here on out. Not heavy on action but still solid plot building. Absolutely got my money’s worth.

8 Government Shutdowns out of 10