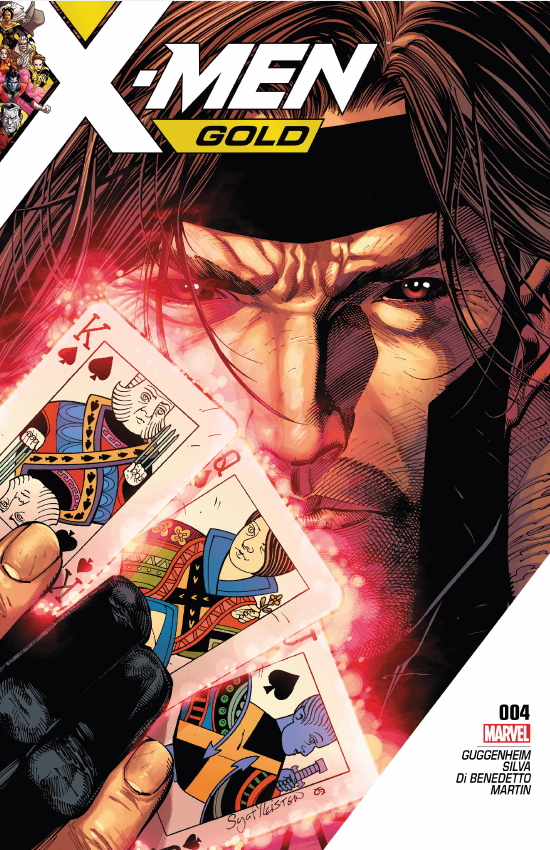 Oh Hi! We’re here at #4 already! This book is twice a month…did you know that? Yeah, it is in my initial review, but I forgot. So we’ll just summarize #3 and roll on into #4 and pretend this little lapse never happened. It’ll just be between us. ‘Kay? Thanks. That said…

Issue #3 found our X-Men team tracking down the Brotherhood of Evil Mutants — a comic book villain name if ever there was one — not only for the UN bombing but for kidnapping the mayor of NYC. The find the evil hideout and mount up, with a couple of the school’s students tagging along to improve the witty banter and the number of punches per panel (which is pretty high). None of the evil mutants pose much of a threat to our gang, except for Aurora, a former X-School student who can control fire. And just when you think Kitty will have to duke it out, it turns out Aurora was under mind control the whole time!

Incident handled, bad guys in custody of S.H.I.E.L.D. (except for the lizard dude. They keep him around.), the X-men go off to confront the real mastermind of the scheme, who turns out to be — to absolutely no-one’s surprise at all — the anti-mutant television sensation Lydia Nance. Words are exchanged but no closure is achieved.

This is all predictable and fun, if predictable is what you like in your comics. There’s plenty of punching and chatter and the gang certainly wins against the present danger, but there are no surprises here. 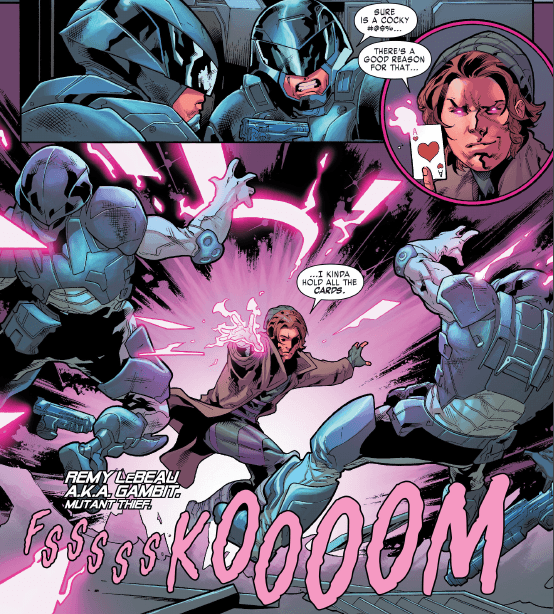 While Kitty, Nightcrawler, and Prestige beat up bank robbers… 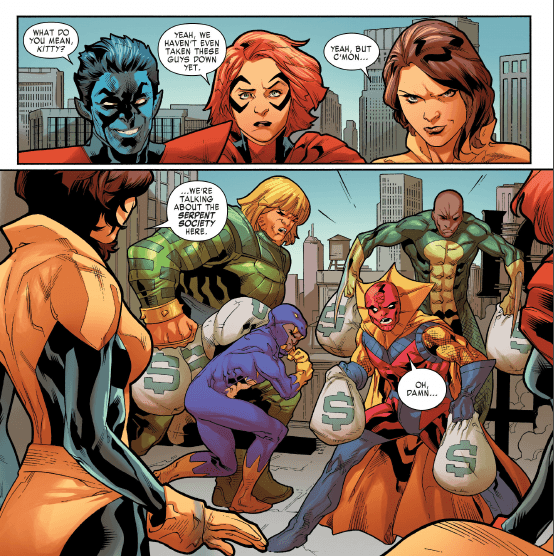 And Ororo and Logan investigate the suspicious murder of a fellow mutant. 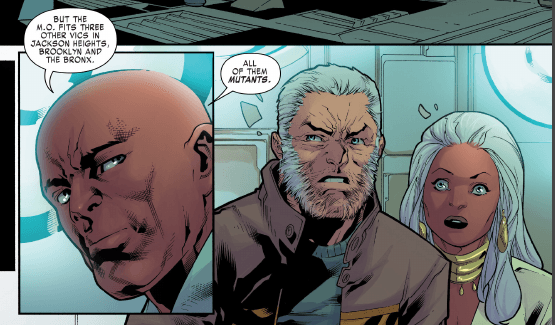 That’s one thing about having a whole team of superheroes, you can split them up and play around with the dynamics in any number of ways. Keeps the feeling fresh and allows the plot to move forward in once place while it is treading water in another. Guggenheim handles all of this adeptly, starting threads and building tension well. Issue #4 is a change on the artist front, with a new penciler (R.B. Silva) and inker (Adriano Di Benedetto). It is a mixed success for me, with at times the lines seeming overdone, and at others insufficient. The fights work though, and the action is well balanced, so maybe the style will grow on me over time.

In the midst of Gambit delivering the doo-dad and attempting to double-cross his buyer, the doo-dad breaks open, releasing AI-capable nanites into a computer system that holds Sentinel code — yeah, those Sentinels — leading to him calling in the X-Men cavalry to help. Looks like the gang has some Sentinel-like-robots to fight in a few weeks!

This is a fine comic that is a good fit for fans of traditional superhero-ing and for new readers. For readers who’ve been ripping through more edgy superhero fare from indie publishers, stuff with more twists and complications, this may all be a bit tame. Is the market large enough for both? Time will tell.

Mutant Question of the Issue:

When Prestige and Kitty are in Gambit’s mind, is it like one giant Mardi Gras festival?