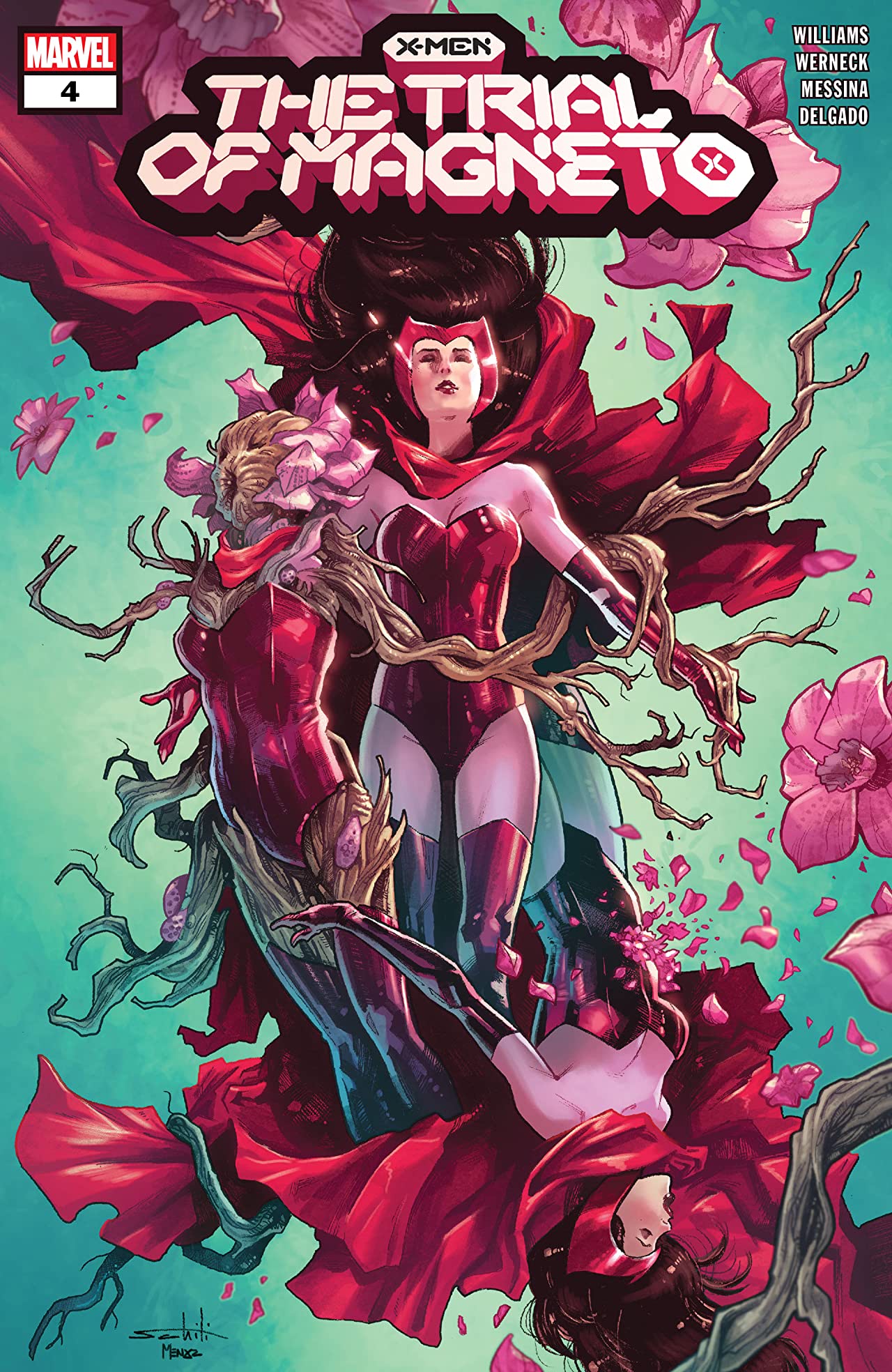 Is it just me or did The Trial of Magneto stop being about Magneto being on trial very quickly? It seems like the train jumped the tracks and didn’t have enough dignity to just crash. And now, we’re all just reading along riding the Krakoa Express long after the conductor has abandoned his post.

To be fair, there is good material in The Trial of Magneto #4. There is something substantially fulfilling about the Scarlet Witch not only facing the certainty of what her future self WILL do and what her present self has already done but also learning to not allow that to be the whole story of her. It’s a lesson that could be adopted by many of us, but it’s not really given the gravitas it deserves. And with Magneto essentially having been pushed to the back burner, it’s not like the rest of the panel time is being put to better use.

The other exchanges in the book seem dull and unimportant. Script wise, I believe the kids would say this issue “isn’t giving what it’s supposed to give.” It’s actually a shame because Valerio Schiti gives the book some truly A-game work that really jumps off of the page. Wanda facing herself a-la OG Mortal Kombat and mutants versus kaiju makes for fun, visually arresting superhero action that X-books are becoming a master class in.

Bottom Line: I almost hate how gorgeous The Trial of Magneto #4 is, because it feels squandered on this lackluster script. I hope this reads better as a trade paperback because so far, it’s not the best.

6 WandaVision Easter eggs out of 10