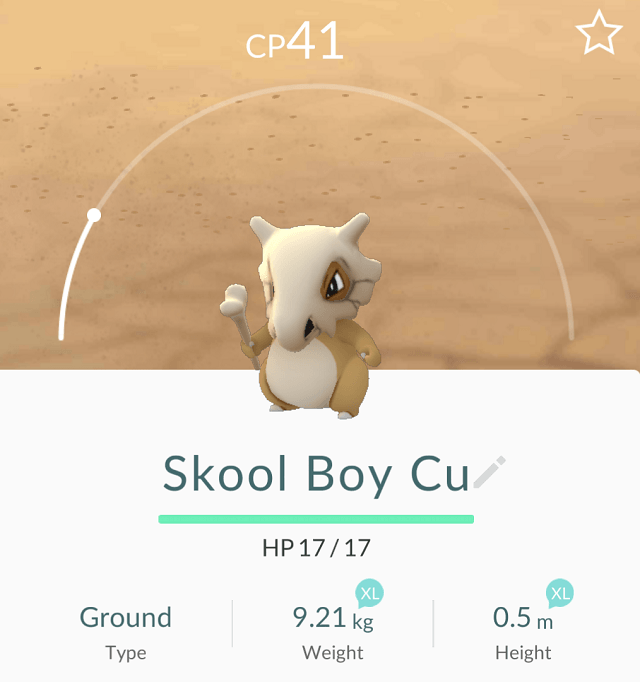 Pokémon Go is that relationship you find yourself in doing the most work just to get to second base… second base being an evolved Squirtle. If you’d told me 6 years ago that I’d be in my early thirties out late at night wandering aimlessly trying to catch an Onix Pokemon then realizing I was surrounded by hordes of pre-teens doing the same thing, I’d have told you, “sounds about right.”

It’s funny that we live in an age where console games are online and you can join in with a friend on wi-fi instead of having to visit one another. Historians will look back and see that it took Pokemon Go for people to re-establish human contact in 2016. I haven’t seen my roommate Ian in days and I live with that man. I haven’t seen Josh in months and he lives 20 minutes away from us. However, two days after Pokemon Go dropped all three of our asses were in the rain at the Queens Public Library huddled under an awning as we found three Pokestores in a trifecta. We each popped a lure, a lucky egg, and incense (still in the pouring rain) and stood there reaping the benefits. 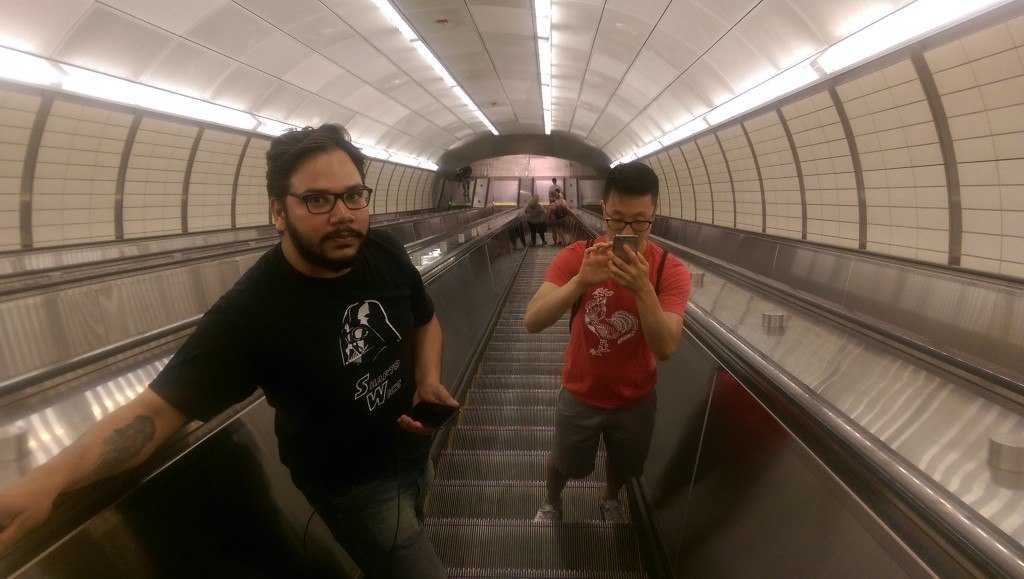 [quote_right]”Thanks for the pokéballs Queens library… fuck books”- Josh. [/quote_right]What you know about standing under three different canopies on a jungle gym pacing back and forth to get them kilometers up to register as walking for incubating them eggs? Triple teaming gyms to get them experience points up? I felt way more secure being with two other people walking round in the dead of the night playing this game. Not for fear of something happening to me (which I probably should be) but due to Ian being the more social one of us, thereby making him the buffer for when strangers start engaging with us. We saw kid siblings run under the awning and ask what we’ve caught. Other groups of friends would come up as well. The awkward, “Hey are you guys playing Pokémon Go?” question gets thrown out the window quick — when you see a group of people hanging on a random corner, it’s safe to assume they’re playing Pokémon Go. The funniest thing about Pokémon Go is the amount of walking it has you undergo which in turn had us checking out sights of New York we hadn’t seen up close before. We legit trolled a curator over at Rockefeller Center while catching Pokémon, and by we, I mean my friends.

[quote_simple]Curator: Here is a statue of Prometheus who stole fire from the gods to–
Josh: Enough with your white propaganda. I heard the Greek gods were Black.
Ian: I bet there’s someone in that tour group bein a dick and fact-checking everything he says, “Actually the statue stands 5.5 meters in height but whatever….”
[/quote_simple]
We had begun the day by meeting up at Bryant Park, and in case you haven’t been yet, in terms of Pokémon… IT WAS A FIRE FIIIIIIGHT! Lures were everywhere. Grass moving, Pokémon jumping out, and a gym dead center. It was hectic, so much so that the server started Harlem Shake seizing and we had to walk away. When we got farther away from the park, a dude drove up saying “Ayyyyyye, *upward inflection* Pokémon Go?!” this dude stopped his fucking Mustang hopped out (his friend came out of the passenger seat) and said, “Catch anything good, guys?” 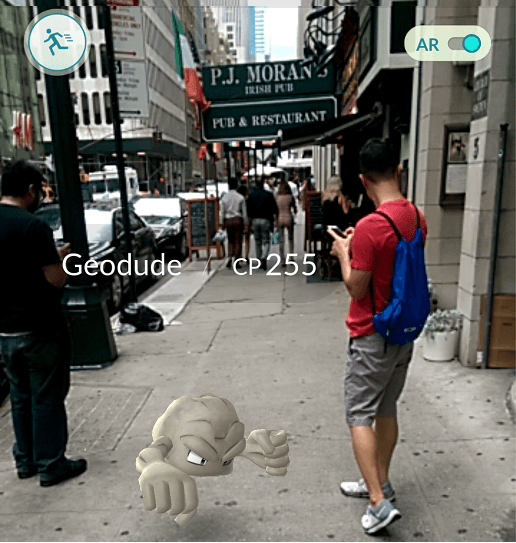 We experience mad lag and server crashes before needing to stop and recharge. Then it happened… It happened right at the church of Ivan Drago (Dolph Lundren) himself. The miracle on Pokedex occurred as an Electrobuzz appeared for all of us. We dropped everything for this shit. The server brought my food just as the Pokémon appeared and almost knocked over Josh’s drink in the process. I saved his beer without taking my eyes off Electrobuzz, after catching his ass (with the curved great ball, mind you), and dubbed him Buzzfeed. As the day came to a close we journeyed back home… but I still had some adventure time minutes left in me.

I found myself under a bridge on Queensboro Plaza at a mystic gym guarded by a Rhydon that I knew I could take. Now mind you it’s about 10:30 PM at night and this bridge looks like the alley Bruce Wayne’s parents caught the fade in BUT I WAS NOT GOING TO BE DETERRED! I wasn’t only fighting this pokétrainer I was fighting the constant fucking lag due to the area it was in. I spend 40 minutes on this freaking gym, and just when I won it, I saw these two tweens come up across the street and star battling for my block. You gonna try and take the corner I just posted up on? The corner I just made prosperous?! Not. On. My. Watch. Why? Why you might ask? because “If you don’t battle, you don’t eat!” 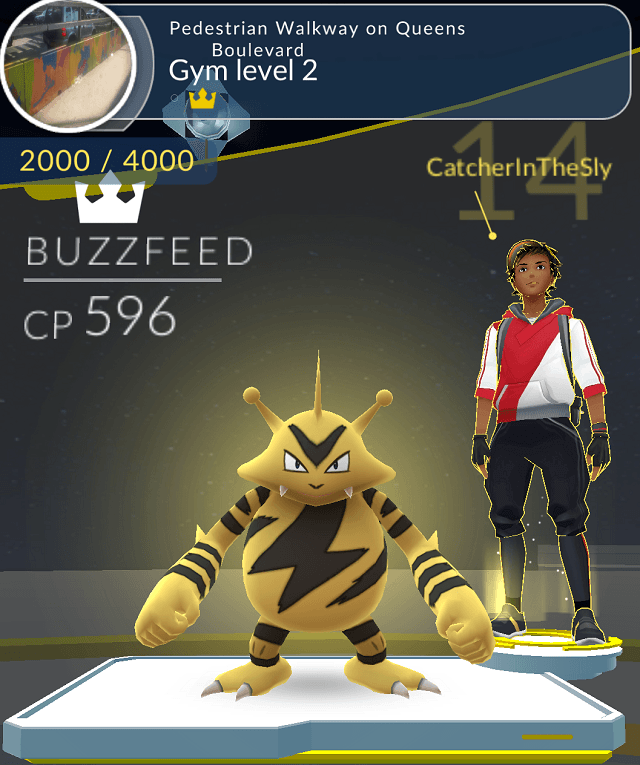 I stood there and stared Sam Jackson Muthafuckingly at them the entire time, feeding off their frustration. My day was made when I caught Electrobuzz, some Psyducks and a Dratini, but when they turned away in utter defeat my life was at that point complete. Oh, oh yes I am that petty folks. After all that lag I went through today? As much as I walked? As many times as the server let me down like J. Cole let Nas (or Gohan let DBZ fans) down? Oh, you best believe I want my corners, man. That Queensboro walkway gym is me, that’s all me, yo!