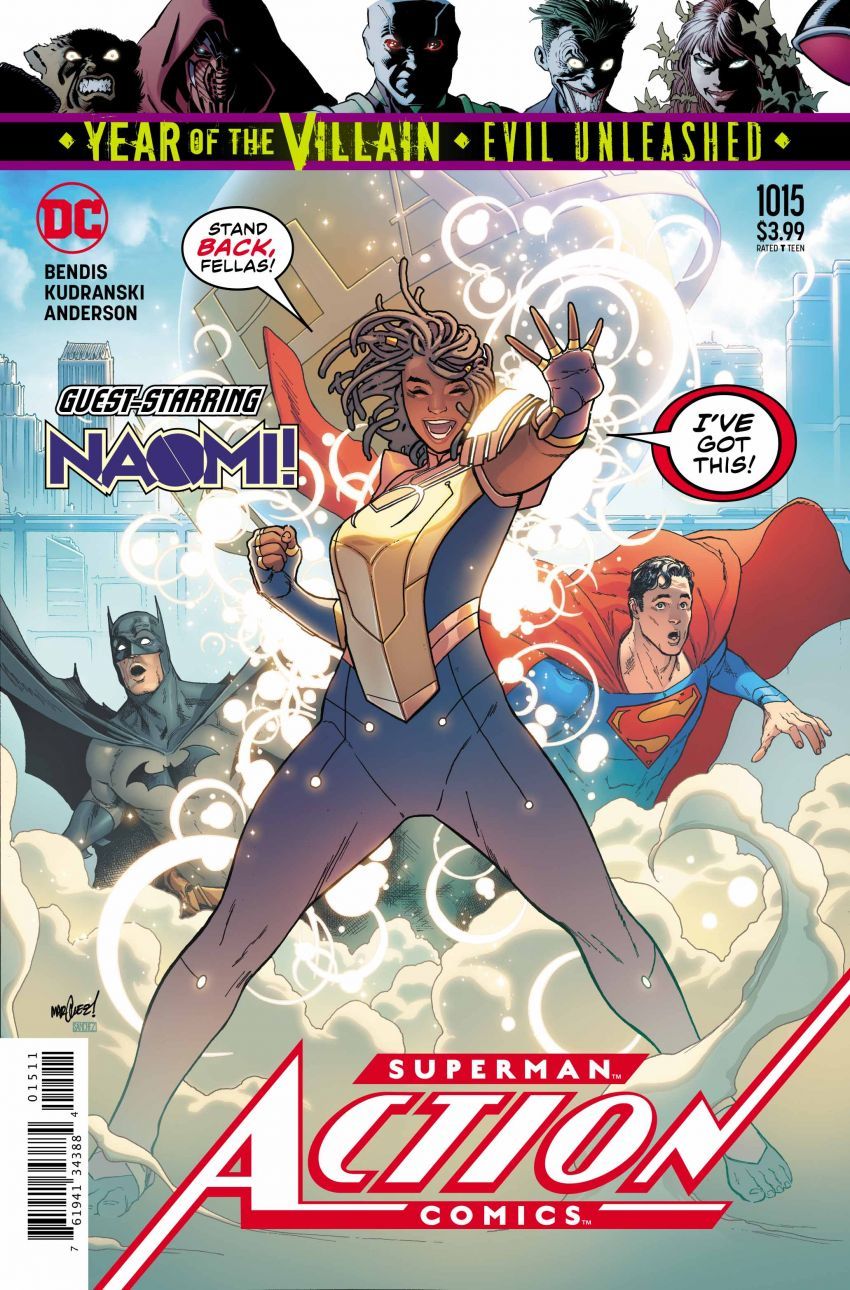 I am feeling all the feels reading this week’s Action Comics. The Black Girl Magic is strong in this issue. A new hero, Naomi, meets Superman and Batman. I’ve heard about Naomi and the rest of Bendis’ Wonder Comics line but I tend to avoid books geared towards the Young Adult audience. I’ll have to revisit that because this direct tie-in to the series is top tier.

I am admittedly less art-focused, I gravitate towards story and dialogue. Imagine my surprise when both the main cover and the variant caught my eye. The variant cover’s photo-realistic portrait of Naomi and Superman is the kind of art I want framed on my wall. The main cover deserves attention because it reflects a trend coming back in comics where the cover includes speech bubbles that may or may not (probably not) accurately reflect the comic’s content. This typically annoys me but I won’t lie, I appreciated more after reading the book. Comparing the cover to the beginning of the book — Naomi: I got this! Narrator: Naomi did not have this. 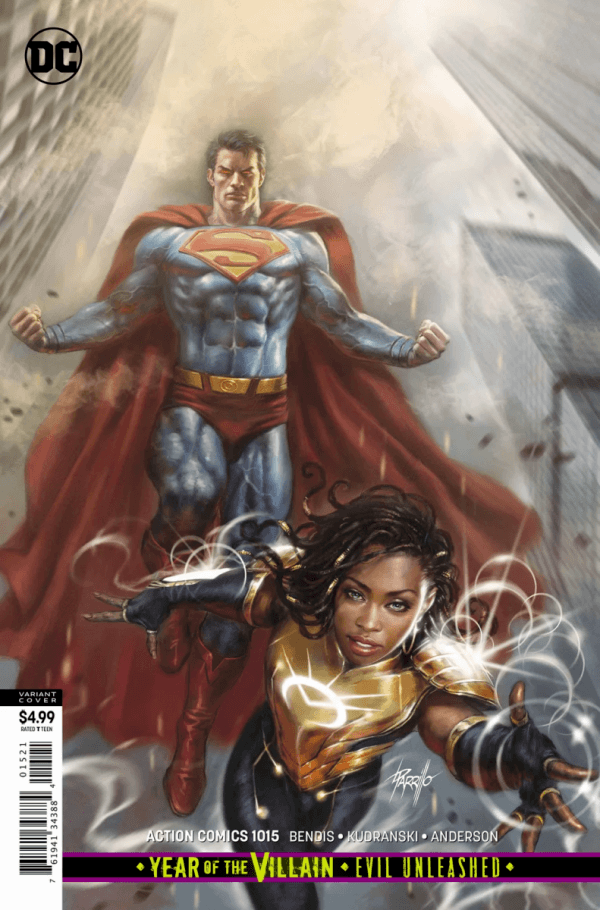 I’m grateful to have read this book at 31 and not when I was a 20-year-old comic fledgling. I developed from demanding a gratuitous amount of punching and angst to appreciating relatable stories. This book carries that sentiment with a beautifully innocent narrative of a young woman thrown into an unfamiliar world and being strong enough to ask for help. Just as wonderful, she is met by well-meaning adults who want to help her. It’d be tempting to have a character coming into their power met with hostility by another hero only to catch the misunderstanding after a fight. Instead, we get “Superman . . . I need your help”. “Well, then let’s get you some help”. Another gem was her interaction with Batman. Granted, he performs a signature “pop out of nowhere, terrifying the poor girl” but later, they bond over the shared tragedy of losing parents. She even inspires a Bat-smile. 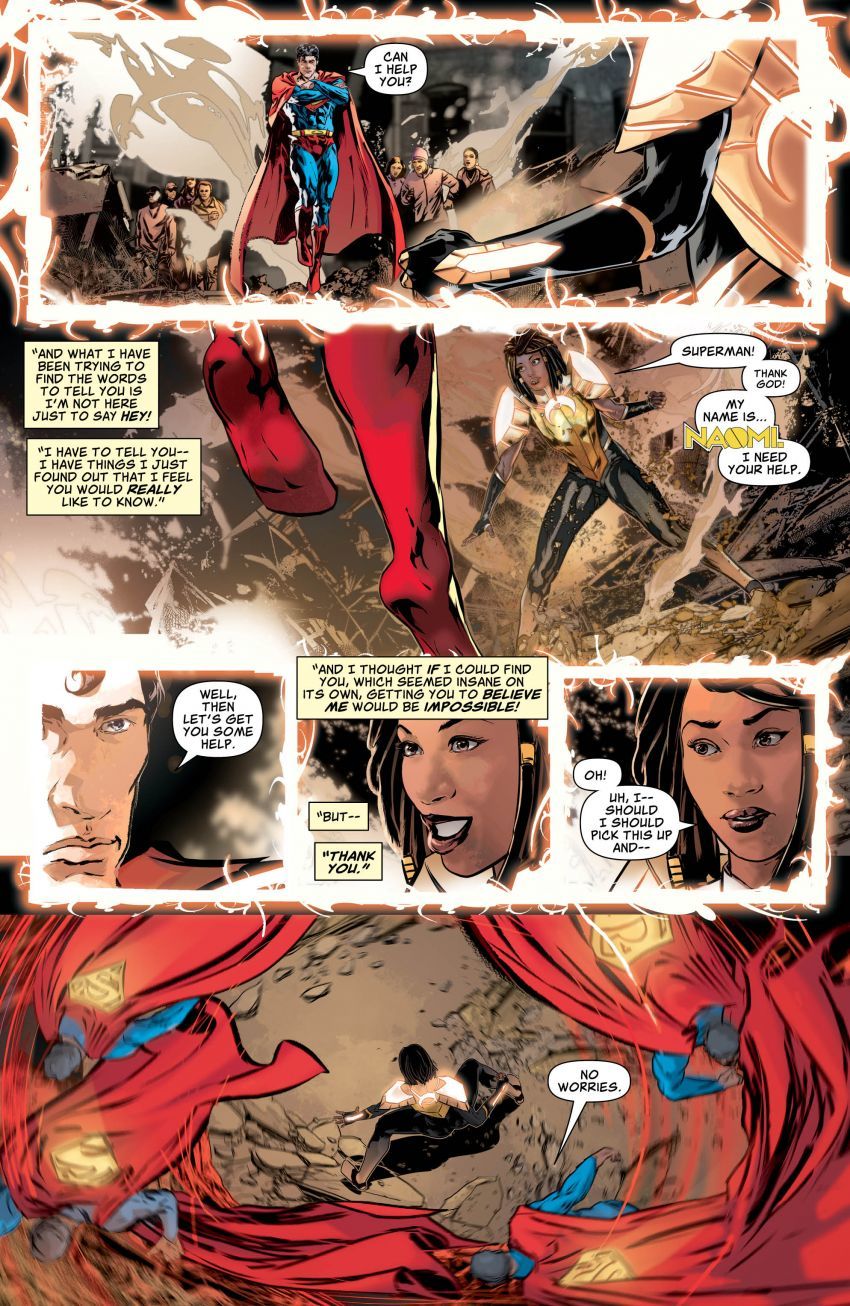 The book rounds out with some action towards the end and promises a confrontation between Naomi and a frequently appearing villain in Action Comics. The best part of the conclusion of this book is Superman throwing shade at the villain in “disappointed father”-ly form. Why can’t you be more like Naomi, bad guy?