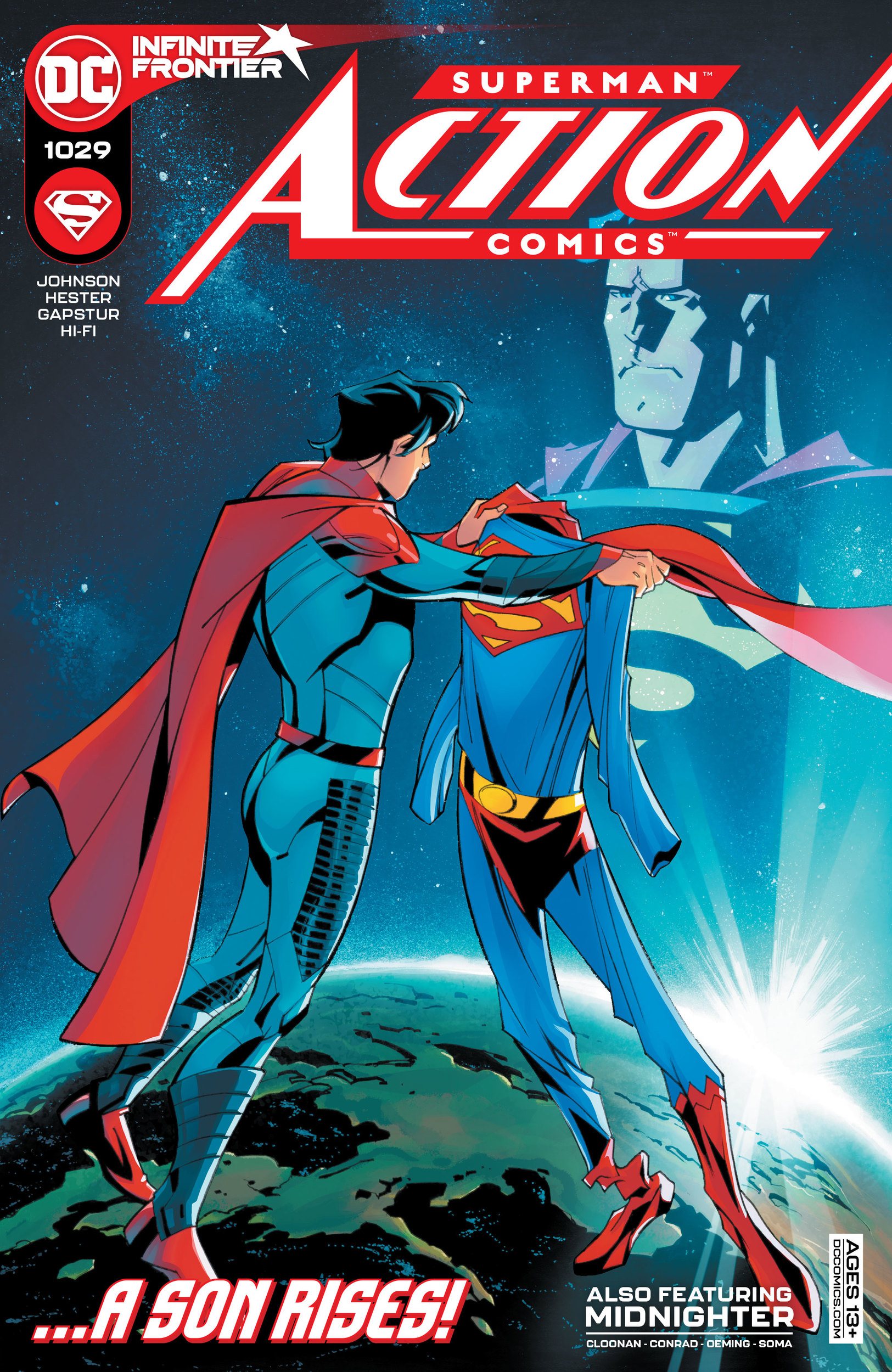 Action Comics #1029 is the second part of a story introduced in Superman #29 a few weeks back. It follows Superman and Jonathan Kent as they fight aliens coming through a rift in space.

Jonathan Kent thinks this is when Superman dies. When he was with the Legion of Superheroes in the 31st Century, it was this event that was the last reported sighting of Superman. So, he’s conflicted about whether to help his father from certain death or let things play out like they’re supposed to. You know how time be.

You can guess what he does. He’s the son of America’s biggest boy scout. But can you blame him? If you knew your dad was gonna die, you’d probably stop it too, unless he was whack.

This issue handles the idea of legacy and purpose really well. Johnson wraps these two concepts up together and manages to say something really profound about parenthood.

I think that’s what works best about this story so far. It’s two Kryptonians fighting aliens in space, but the father son relationship is the most prevalent part.

Continuing from the first part of this story is the narration. The audience is left guessing as to just who was narrating the story at first. The way it’s framed in the first issue, it seems like it might be John. And the way it’s written in this issue points to it being Superman. But it’s actually the OG Jonathan Kent, Clark’s adoptive human father.

It winds up being a sweet sentiment about parents losing their illusion of invincibility in the eyes of their children. But of course with Clark and his son, losing that power has a lot stronger ramifications at stake.

I’m excited to see where we go with these two characters. The creative team as a whole seem to really understand who Superman is and what he represents. I’m looking forward to seeing more, even if it means Clark is about to bite the dust.

In a short backup story, we follow Midnighter as his story from Infinite Frontier continues and he has to deal with some timey wimey stuff that would bother just about anyone.