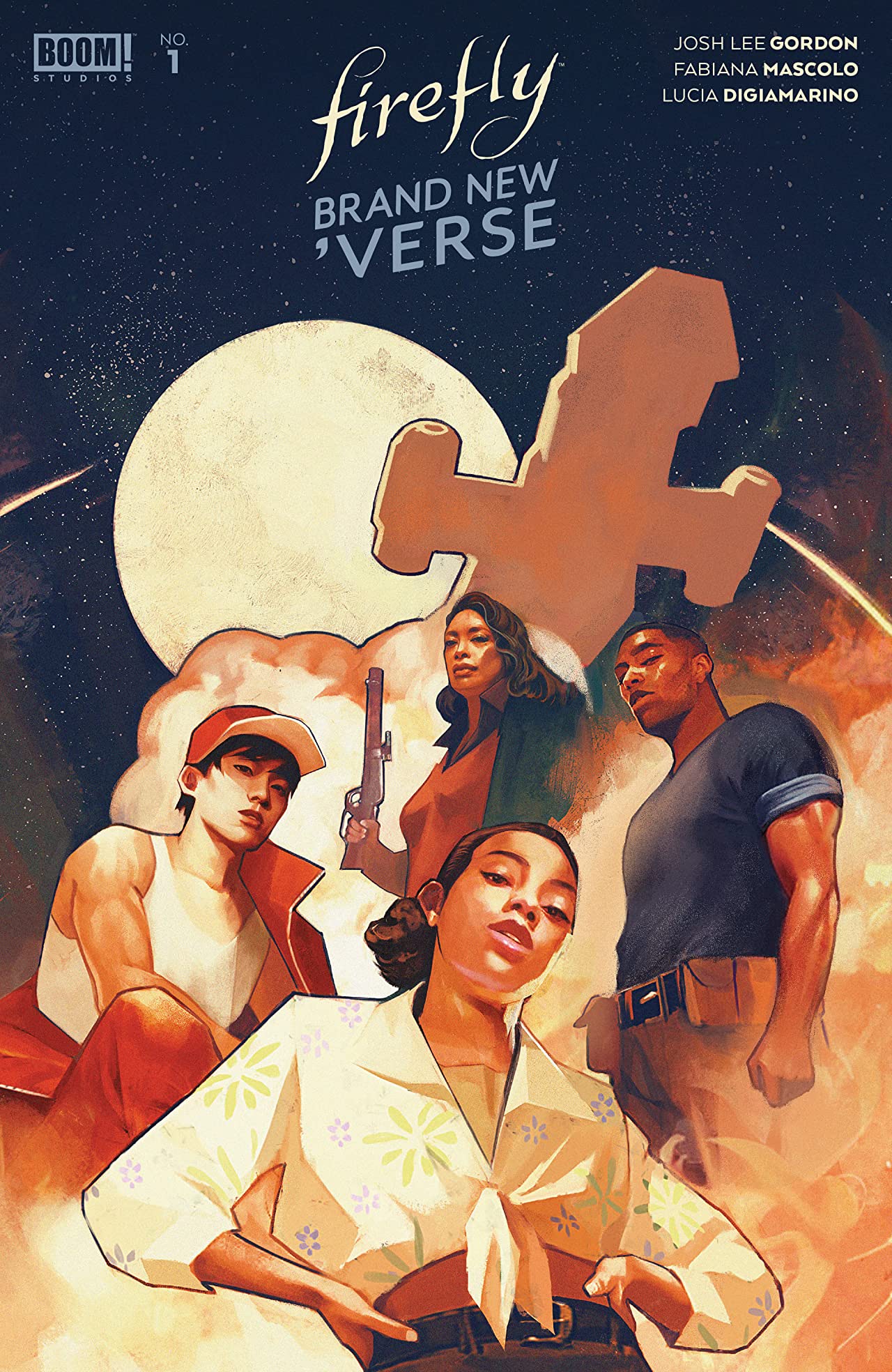 After the last issue of Firefly, which primed readers on the great jump to start of the “Brand New ‘Verse,” I was looking forward to see what direction the universe would take. The space western has left such a notable impact despite its disjointed single season and film, and it’s easy to see why. The characters are lovable and the universe is full of this rich lore about Earthern expansion and unrest. And this is what I will say: As a sequel series, it hits all the right nostalgic notes. As a stand-alone series (much like it’s protagonist Emma), there is room for growth and developing its own identity.

Off jump, Gordon and Mascolo do take the opportunity to amend some of the world-building inconsistencies of the original series. The fact that we actually see an Asian lead and there is more of a direct influence of China in the world past lip-service leads is ultimately optimistic (one of my favorite things is how they don’t translate some of the dialog bubbles, instead letting the characters be on their own like they would in an audible conversation).

Mascolo’s artwork beautifully captures the rustic feeling of the series, and Firefly‘s charm is still evident even this many years into the future. And visually, it looks like a Firefly that logically takes place in the future. The technology is ever slightly more sleek, the ship is every bit as beat up, and the first time we see Zoe, it’s very reminiscent of seeing Han and Chewie walk back on the Millennium Falcon.

Gordon eases us into the world through Emma Alleyne Washburne, who very much takes after both of her parents. She’s has just the right type of energy you want from the new face of Firefly, and it’s a good contrast with mother. Gordon for the most manages to nail the dialog, although there may be just one too many instances of Zoe saying “Daughter” although I can definitely imagine Gina Torres delivering all of these lines wonderfully, so that’s very much a plus.

There is a fair amount of time establishing the new status quo and new crew dynamics so as far as a larger, overarching plot, we only got a couple threads here and there, but the energy feels right and that’s truly the most important thing.

The decision to start over with a #1 does mean that it will make it a little more accessible to casual fans, but it also has to build up momentum. But still, I’m definitely curious to see the trajectory.