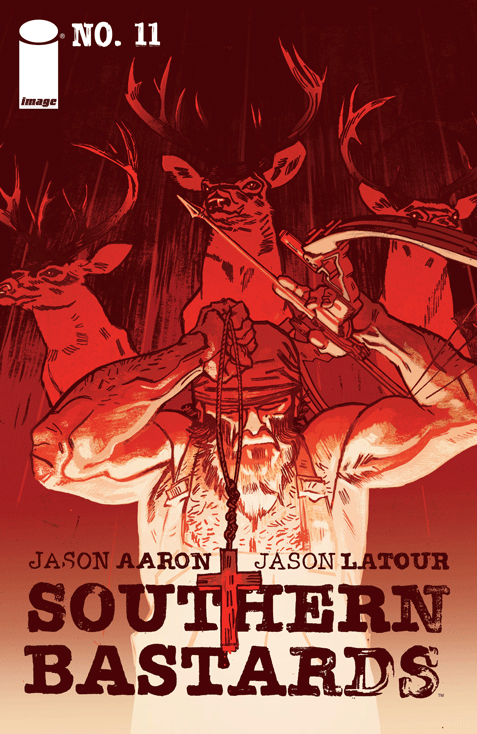 You figure at this point, we’ve discovered all the characters that might be necessary for the coming flashpoint that is Homecoming game in Craw County. Especially if you happened to catch this traffic stopper that Jason Latour put on his Instagram of issue #14…

But then, the brothers Jason go and introduce another character into the mix that is wholly different than anyone else we’ve met so far. And we’ve met plenty. I had mentioned that in last issue, I was surprised that it took this long for religion to come into the narrative, given the environment. Well, the religious conviction we saw from the pastor that sought out Esaw doesn’t compare to mission driven, wrapped-in-ol’-timey-religion, ‘Deacon’ Boone.

As Boone narrates, he’s REAL country, unlike these pretenders in Craw county. His belief in the Lord — or, rather, the Lord’s Wrath — brings a different element to this comic that is already multi-faceted. And that, really, is the triumph of Southern Bastards. It has taken a very narrow scope or setting, sometimes playing on the stereotypes many people have of the South, and then diversifying its many machinations on masterful levels. Boone might be the most authentic of characters they’ve created and it’s hard to forget how great a character in Tubb we started with. Late in the book, it ties Boone back to the main narrative and it will be thrilling to see another wild card thrown into this Homecoming event. 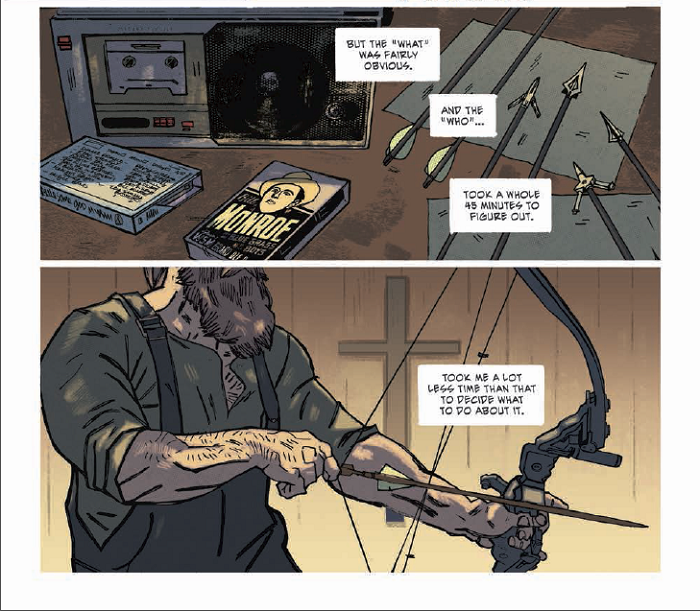 Latour, per usual, does some great things here. Over the first ten issues, he has drawn his characters with an edge and squareness to them, one that resembles hard living and people carved out of stiff stuff. But somehow, while being introduced to Boone, who might be the ‘hardest’ man of them all, he seems just a bit smoother than the spotlight characters before him. There are still plenty of hard edges, but the features feel a bit more softened and you can’t help but feel like Boone is the most comfortable in who he is compared to the rest. It’s a pretty cool sight for someone that has read this book since day one.

We’re still circling the big event, but we are getting some great character studies in the process. Boone is instantly fascinating and consequential to the story moving forward, even being introduced this late.