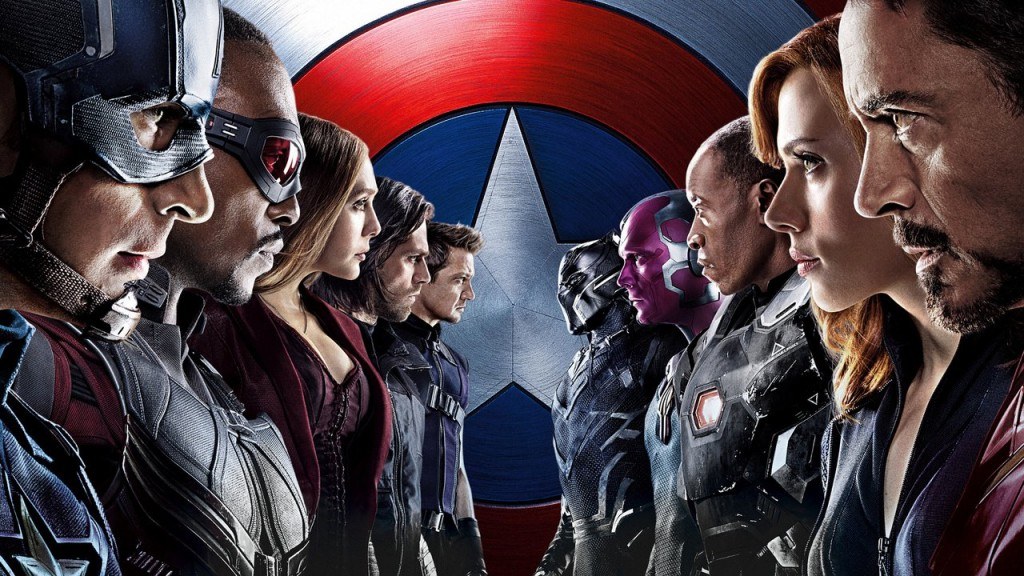 Off the strength, I’ma tell you like it is. Captain America: Civil War is the best comic book adaptation of a major comic book event. I ain’t stutter, Civil War was the comic book event that separated Marvel from the pack and flexed how innovative they still were. The translation from page to big screen is of course different as the Marvel Cinematic Universe (MCU) has subtle differences making it an alternative to the Marvel-616 Universe. In Marvel-616, Civil War started when a school was blown up during a fight between teen heroes (New Warriors) and some villains. In the MCU, the event that initiates the divide within the team actually occurs over seas where their help only makes things worse.

The United Nations steps in to put The Avengers in check. Bringing an argument based on a real issue — should superheroes be registered agents of the government, thereby being sanctioned and told where to go? Tony Stark (Robert Downey Jr.) believes so adamantly. Captain America (Chris Evans) does not, as governments usually have their own agendas and what they deem as right may not necessarily be the right thing.

The crisis overseas is what gets Wakanda involved in this drive towards registration. We are introduced to T’Challa (Chadwick Boseman). This guy is as smooth as T’Challa, man. The homie is confident, smooth, has the expected generic “I’m from a non-specific African country” accent but his demeanor with it so trill. Boseman represents T’Challa perfectly as the man blessed by Bast himself, The Black Panther. I don’t want to spoil how The Winter Soldier (Sebastian) comes into play but just know it makes perfect sense, and is a deviation from the comic book that you won’t mind. It further adds to the Avengers story line. Captain America: Civil War focuses on the approach of superheroes to what’s right and what’s wrong.

This movie makes you pick a side because both have very valid points. Chris Evans and RDJ do incredible jobs of representing the friendship between Captain America and Iron Man as well as the frustrations between the two. Steve is a man from the past holding fast to morals and not willing to compromise them when the right thing to do is so blatantly clear. Tony Stark is a futurist that’s always adapting with the time and playing the political game in order to keep things together. You really feel for both of these characters. If you’ve been privy to the movies before hand you feel it even more as it’s been a long road headed toward this divide.

Now we got the plot going down, emotions are high. Can we just talk about the action though? My god, I said good Gawd. How many movies is Black Widow (Scarlett Johansson) going to have to steal the scene in, fight wise, before Marvel blesses us with a movie of her own? Black Widow is in the streets doing the most yet again, as to be expected. We see a lot of team work between Captain America and Bucky which is a throwback to the last Captain America movie and their friendship, (that’s for all y’all that said it was a weak movie. It was a set up, damn it!). Plus we got Sam Wilson (Anthony Mackie) taking charge, Ant-Man (Paul Rudd) bringing in the humor and showing us some new tricks. and Hawkeye (Jeremy Renner) with his much needed cynicism. There also Scarlet Witch (Elizabeth Olsen) who comes out as the rookie of the year.

Over on Stark’s side he brought the heaviest hitter of them all along in War Machine (Don Cheadle), along with The Vision (Paul Bettany), and who am I forgetting? Hmm, oh yeah Spider- God- Damn- Man (Tom Holland). Lemme tell y’all something: Tom Holland is Peter Parker. I don’t think y’all hear me, I said Tom Holland is Peter Parker. The voice, the mannerisms, the jokes, the movement, the reactions, everything. This kid will remind you of the Spider-Man cartoon and he sounds just how you would imagine teen Peter Parker to sound.

Spider-Man gets worked in fast but you gotta thank Marvel for introducing him off the strength of his name on some, “Y’all already know who the fuck he is. Let’s get to the webs on webs on webs already.” The way the teams interact with one another and against one another is my favorite part of this film. Anthony Mackie really shines as Sam Wilson the loyal friend and thrower of all the snark. When you see him interact with T’Challa and Winter Soldier, you’re going to instantly be reminded of the friend you have that acts just like Sam Wilson.

Now I could tell you how Baron Zemo (Daniel Brühl) plays his role very calculated in this movie but it’s best if I don’t. Brühl does an incredible job of keeping the audience guessing his intentions and displaying his calculated methods. I really have to say again, this is the best comic book adaptation to film in the game. You can complain (I know I would) about things changed but it truly makes sense for this film.

Civil War really outdid Captain America: Winter Soldier (but it’s still a strong film). You wonder how they are going to top this one? Aye, man. It’s fucking Marvel cinema baby, you know they’re going to do it justice. I’mma leave y’all with this little hint about the movie. Get comfortable waiting for the post credit scenes, ’cause you gonna get hit with the most delicious two-piece.