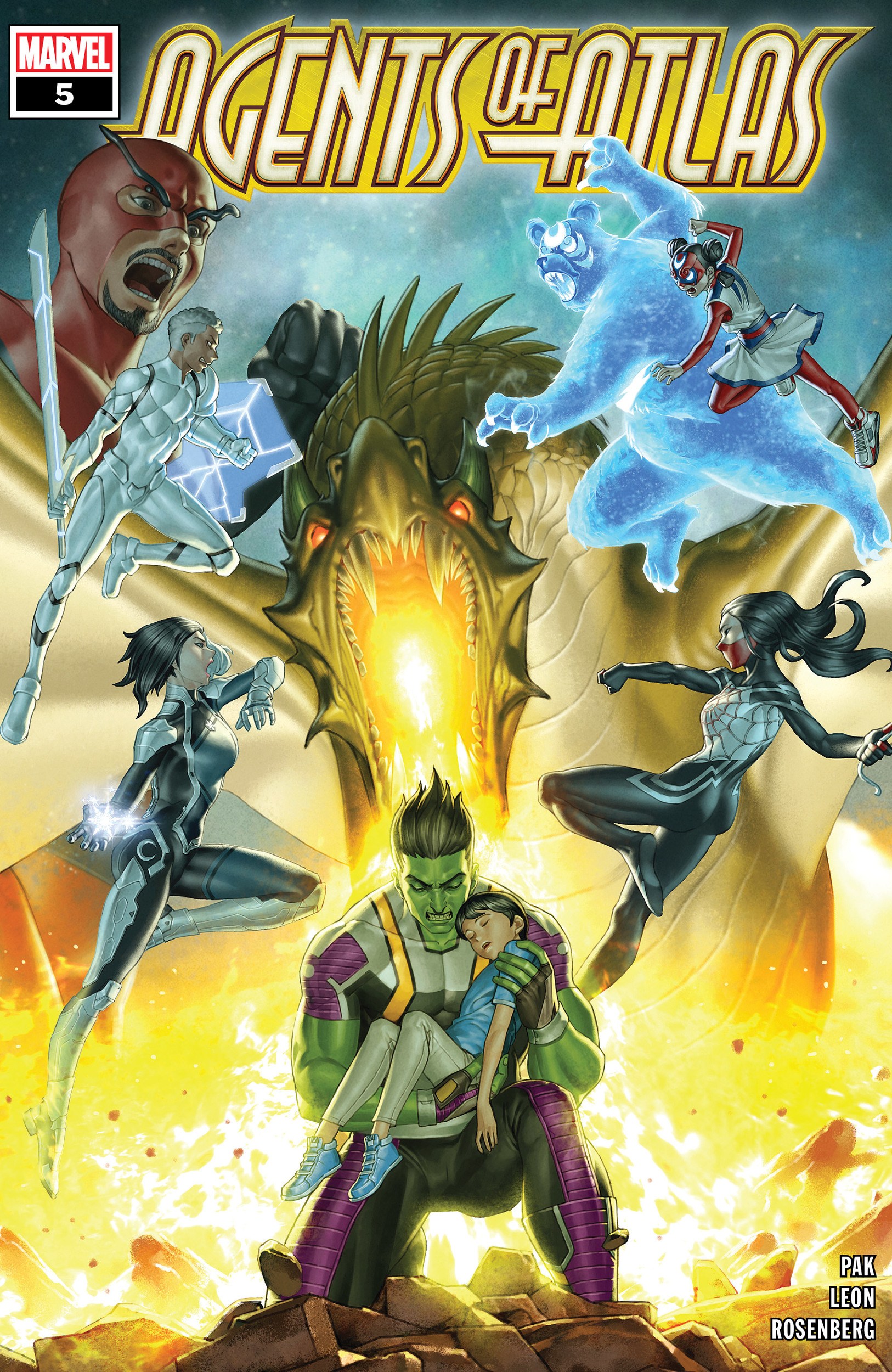 Stories don’t exist within a vacuum. The context of the narrative inherently changes some interpretations and reactions because the additional information changes the implication or explains certain decisions. This is particularly relevant when we discuss how Pak’s Agents of Atlas has evolved. When the New Agents of Atlas spun out of the War of the Realms, it was popular enough to spawn Agents of Atlas proper, which in turn has been popular enough to be followed by Atlantis Attacks.

As such, Agents of Atlas #5 exists as a conclusion to the developments of the Portal City of the Pan while also setting the stage for new things to come, and on both counts Pak, Leon, and Rosenberg have managed to produce a vibrant comic that feels satisfying on a variety of levels. The issue starts with Mike Nguyen having the literal and figurative high ground on the Agents of Atlas who are trying to figure out how to deal with his “creepy paramilitary to protect his extra-legal cross-dimensional domain that keeps getting attacked by dragons” and wow does that quote make me love comics so much.

Brawn/Amadeus Cho’s crisis of conscience brings the arc in a fitting full circle and watching the help him get him back into the groove right before all of the action begins to escalate is a very nice touch. 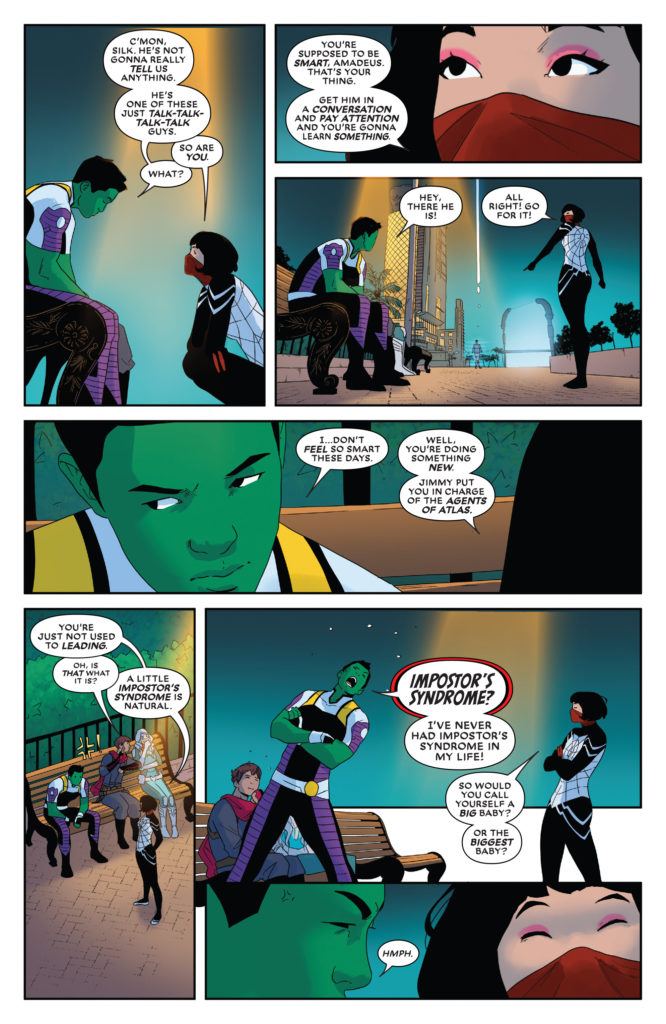 Pak juggles the ensemble cast brilliantly and all of the threads are tied together and lead to a very poignant conclusion with lots of drama and brilliant action. Leon’s artwork is absolutely phenomenal, and Rosenberg’s colors make this the most lively issue of Agents of Atlas to date. It’s exciting and different. The bad guys operate in a very gray area verging on black giving how much capitalist tendencies are baked into the motives. The set pieces are gorgeous because it’s a pastiche of familiar, grand locales. The bombshell reveals have a weight and gravitas to them that just works.

Agents of Atlas #5 achieves a difficult task. It manages to be self-contained enough with the Portal City threads, while also clearly paving the way for yet another story with the Agents of Atlas. This cast continues to grow in popularity, and it’s for a good reason: it’s a fantastic series with a fantastic creative team that’s doing cool and engaging things with the medium. I am definitely hyped for the next saga, which is really all you can hope from a comic honestly.

Enjoying Agents of Atlas? Check out BNP’s other reviews here.