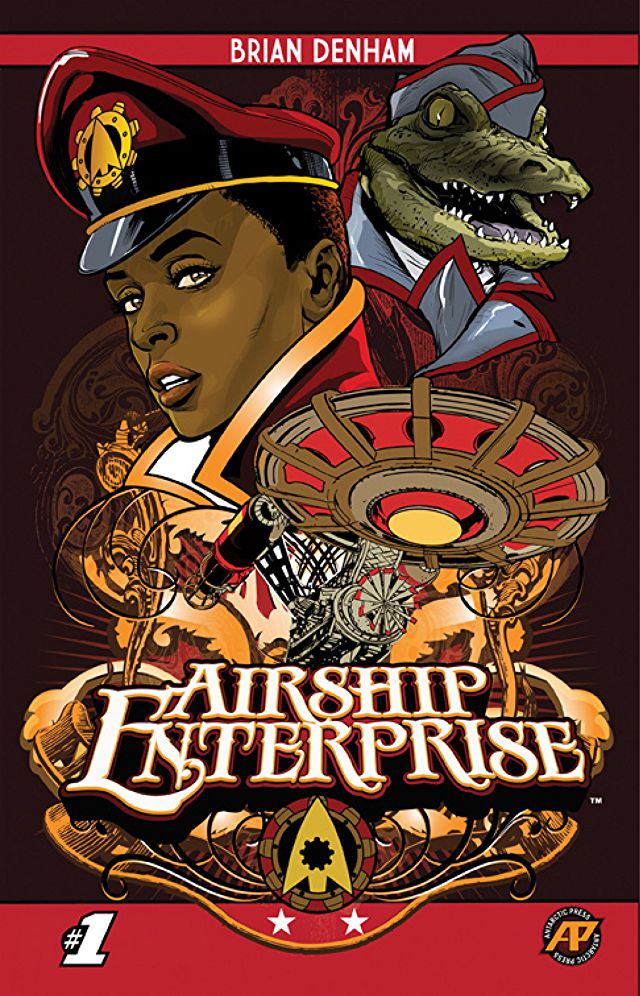 I was once again scrolling through Comixology.com looking at comics when I came across the cover of this one. SOLD! I immediately sought to buy it but had to come back down to Earth and at least read the synopsis of whatever I was so set on buying…
[quote_simple]
“Brian Denham, the creator of Steam Queens; artist of Ironman: Hypervelocity, the X-Files and Green Hornet comics; and regular mainstay of the Victorian Secret specials, treks into undiscovered steampunk country with Airship Enterprise ! Captain Janus Tibbs and her intrepid airship crew are assigned to investigate a distress call from a research vessel.”[/quote_simple]

Captain Janus Tibbs is the captain of Airship Enterprise, this very fine airship with a dedicated crew en route to a distress signal, and she is expecting the absolute worse. But as the captain she isn’t put off by the danger and she leads her ship straight into the fray. The issue opens with them all rushing into action and the pacing is set from there. There’s a real air of familiarity as Tibbs interacts with her crew.

Everyone on-board seems to work effectively with each other towards the end goal: making this beautiful machine fly. It’s a fine introduction to these folks, but the intro is short lived as they make their way towards rescuing whoever sent the distress signal.

In regards to the art: everything is pretty darn illustrated to the “T”. All the elements of steampunk and machinery are all well drawn and colored, as are all the many people and creatures aboard Airship Enterprise. There is an abundance of women folks and creatures with fur, scales, and all colors of skin. Granted this issue is all but fifteen pages (criminally short!), but you DO get a small feel for a handful of the characters. Like “Ram” for example: you just may come to understand how she earned her nickname. 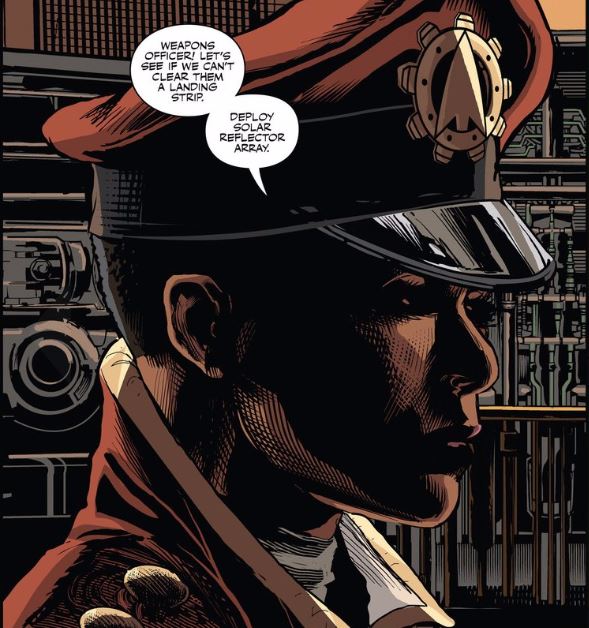 Overall Airship Enterprise #1 was a bit too short in my opinion but still succeeded in not only grabbing my attention but serving as bait to look forward to purchasing issue #2 whenever it drops.

8 Well Oiled Airships Out Of 10

Does this review have you curious with steampunk aspirations and captain’s chairs that extend past the white, cis-male types? Be sure to buy issue # one here and let us know in the Comments section if you loved it! Chatting it up with Cousin Google revealed that this comic’s origin story includes first being brought into the world with a Kickstarter Campaign. It is a mini-series so stayed tuned!

I just found a comic called “Airship Enterprise” at Meltdown Comics. How is it that steampunk Trek hasn’t already happened?