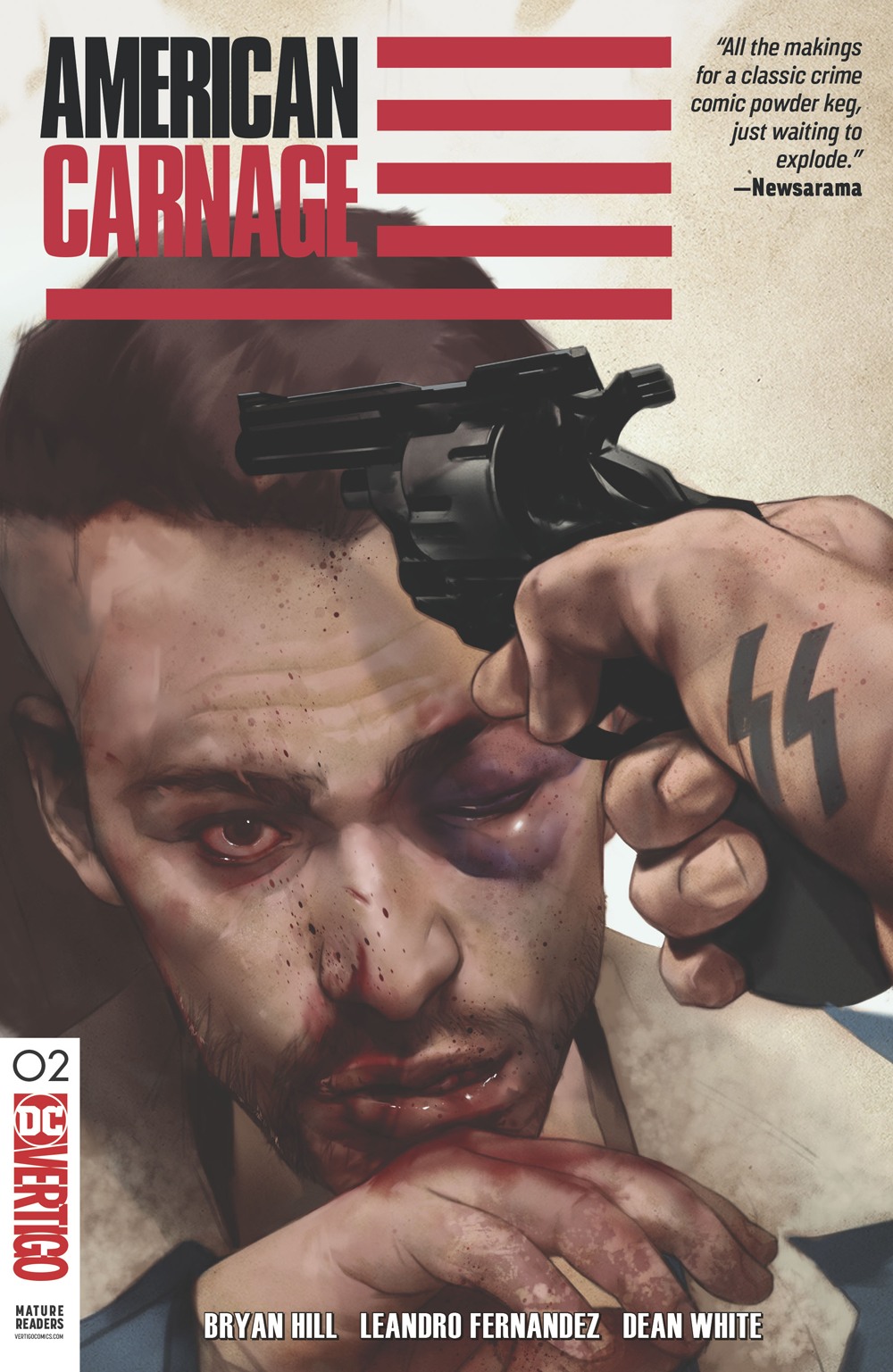 The opening pages of American Carnage #2 are actively and objectively terrifying. A white passing African-American detective is in the backyard of an affluent white man in California watching a bunch of racists rag on each other before it pivots to two old white men discussing the current status of racism in exceedingly candid terms. There’s a lingering question of continued physical violence versus ideological warfare. There’s also a panel that shows what happens when you combine the two.

This book is exhausting perhaps because 2018 has been exhausting. If anything must be said about this series, it is that Hill has created an authentically chilling premise that feels a little bit too real and purposefully cuts a little too close to home. It’s that Fernandez’ artwork captures the titular carnage in all of its blood red, alcohol-induced viscera and violence. 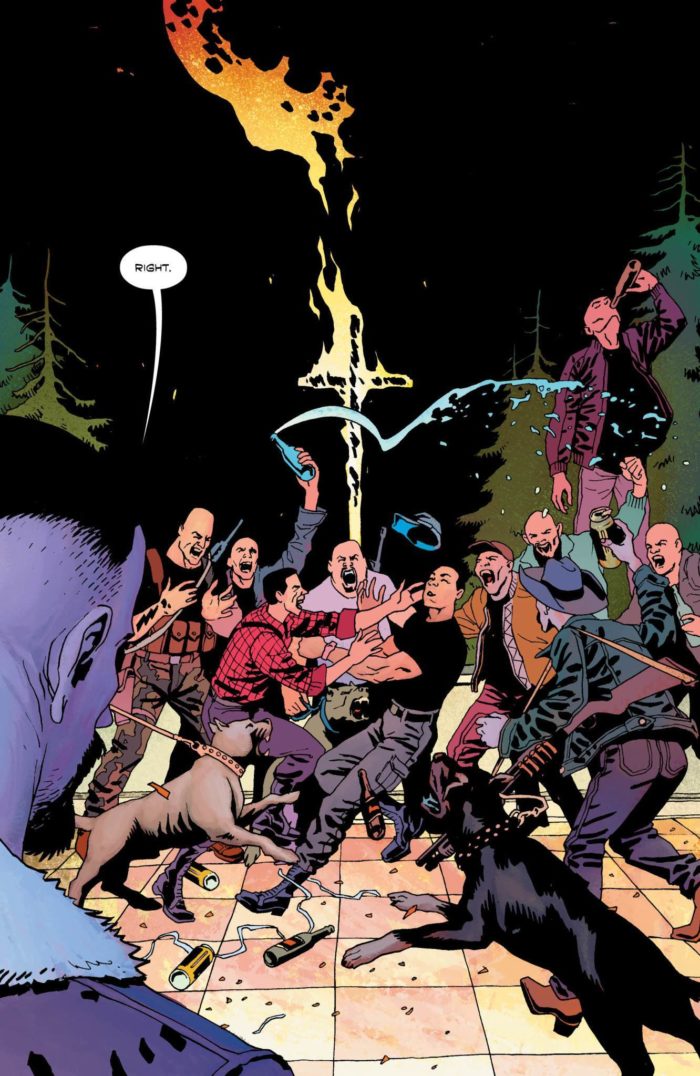 American Carnage #1 was largely focused on setting up the premise, which allows American Carnage #2 to focus on developing a myriad of character dynamics. Characterization happens in bursts, where a book selection or simple reveal of knowledge have drastic implications. Every minuscule action and word choice speak magnitudes to the character behind them. In these subtle moments, American Carnage finds its bloodied, beating heart.

Hill has a fascination with ideology and violence that pops off the page. Fernandez’s artwork gives that fascination a body to bruise and break. This is a really good book, but it’s an exceedingly bleak book. It’s a violent book. It’s not going to be for everyone. But the people willing to dive deeper into this solemn reflection of the current political under-climate, they will find a story that turns the proverbial knife in the stomach. They will find a story about monsters and the depths we are willing to undertake to fight them.