Animal Crossing: New Horizons came out on March 19th at 11PM CST, and I have been playing it everyday in several hour bursts since then. It’s important to note that while this probably would have been the case independent of what’s going on in the world, there are several factors that are worth mentioning, namely: the fact that I have not played an Animal Crossing game since the original came out on the GameCube, the fact that I have been working from home since March 16th as a form of social distancing, and the fact that I just finished season 1 of Beastars the day before Animal Crossing: New Horizons released. And while these are extenuating circumstances that have influenced some of my experiences and interactions, I know in the depths of my heart that I love this game, my virtual neighbors, and the various friends I’ve been interacting with online in lieu of in-person social interaction. The timing is incredibly odd in the grand scheme of things, but the impact is the same: Animal Crossing: New Horizons is a peaceful meditation in a wonderful sandbox where you can decide exactly how you approach your island faring life.

The premise of the game is simple: you “won” a deserted island getaway package and are starting life on an island of your choice. You get some preliminary character customization (that becomes a lot more involved as the game progresses), get to pick whether your island is in the Northern or Southern Hemisphere, and get to pick the layout of your island. You take your seaplane out to the island, meet your economical overlord Tom Nook and his sons, Timmy and Tommy, and get to know your neighbors, and begin cultivating the land. You pick a place for your tent (with the option to pick the location of your neighbors), do some light foraging, and then you’re kind of left to your own devices to figure out exactly how to pay off a surprising amount of debt that was apparently buried in the package contract. The game gives you hints and tips of course, but for someone who hadn’t played an Animal Crossing game in a minute or honestly, a game that wasn’t Destiny 2, it took a day or two to get into a routine and find out what level of engagement works for me. Although, I am comforted by the fact that Isabelle is able to find balance between the Animal Crossing and Doom fandoms.

Finally it's here ! Which game did you guys get ? #AnimalCrossing #DOOM pic.twitter.com/BgBuSzxnzI

Animal Crossing: New Horizons happens in real-time, which means that unless you’re willing to engage some light time travel shenanigans by messing with your system settings, you’re going to be limited in your progression at the beginning. Each new day happens around 5AM EST (at least at time of writing. I’m not exactly sure how Daylight Savings Time will impact that come fall), and your construction projects will be complete whether you completed than 23 hours beforehand or five minutes before the new day. Your island’s main feature in the early game involve the Residential Services Plaza which contains a crafting bench, a small store, multipurpose ATM, your and your neighbors’ tents, and the seaplane dock where you make your landing. Depending on how you progress, you’ll also set up a museum site and a proper corner store and start learning how to be the representative for your island, even if you only can access portions of it since rivers and hills will prevent you from exploring everything from the get. Yet as you do some light colonization, you’ll get access to tools like a vaulting pole and a ladder to fully chart your island which let you harvest more resources which you can use to pay off debt and create fixtures for your new home. And I know that I’m just at the beginning of what is going to be an ongoing experience.

I am engaging with the game on a daily basis. I play for an hour or two sprint in the morning and evening, and since I’ve been working from home, I also sneak a brief lunchtime check in to check the “stalk market” and see if my turnips are worth anything. Thus far, I bought 40 turnips at 104 a piece, and the market has plummeted to an all-time low of 17 at time of writing. I have friends who have already upgraded their house, fully populated their island, and furnished their homes. Meanwhile, I just got my fourth neighbor and added an expansion to my house. My insect and fish index is remarkably empty because I’m not as interested in bug catching or fishing, although I am very interested in lawn work (which is funny considering I hate being outside in the real world). I have a fenced orchard at the airport where I have a collection of most of the fruit (cherries seem oddly rare in my adventures). I’ve cleared out several acres of trees on my island, although I’m making a point to cultivate a forest at the top of my island. I attempt to make daily trips to other deserted islands for materials, and have a steady stockpile of resources that I am mostly able to convert to the things that I need for bells, the in-game currency.

I have rituals and routines. I have a sense of stability during a time where the world is a little bit unstable. I found my eyes widening subconsciously when talking with my chicken and deer neighbors after seeing the first of Beastars and having so many questions about things like egg sandwiches and deer social dynamics. So like, I’m approaching this game from a very “adult” perspective, where the idea of having your own community on an isolated island where you have a mortgage that you can pay off anytime in any amount interval without fear of eviction and can make significant amounts of money by crafting is kind of the best escapist fantasy in 2020. It also leads to moments where I find myself saying “Oh god, I know nothing and you’re asking me to do things that I only have vague conceptions about” which is a little too real, but at the same time: there’s something calming about this pocket island.

I’ve had friends come visit my island, pick some oranges, and leave gifts. I’ve visited friends’ islands and helped them weed their yards and brought tools that they didn’t have yet so they could explore the island much like my friends did from me. I learned that holding A allows you to organize your inventory and that digging two holes before striking a rock allows you to create a foothold brace that nets you more material. And there is still so much I don’t know, but as someone who just wants a palette cleanser from the stress of real life and the shock and awe of first-person shooters, Animal Crossing: New Horizons is kind of perfect.

It’s peaceful and quiet, and honestly, the worst thing that can happen is that you get stung by a wasp too many times and get taken home or you have too many things in your pocket or leave something behind on an island that you needed. There are some quirks with the game (online connectivity and play takes a second to get used to, the fact that you can only have one island per system, and the inability to transfer files at release), but whether you’re a solo player casually piecing the flow of the game together or a networked player with a series of spreadsheets and datasets so you can optimize your island, you’re gonna find something to love. There is still so much more on the horizon, but seven days is enough to know that I’ll be logging on daily for quite some time. 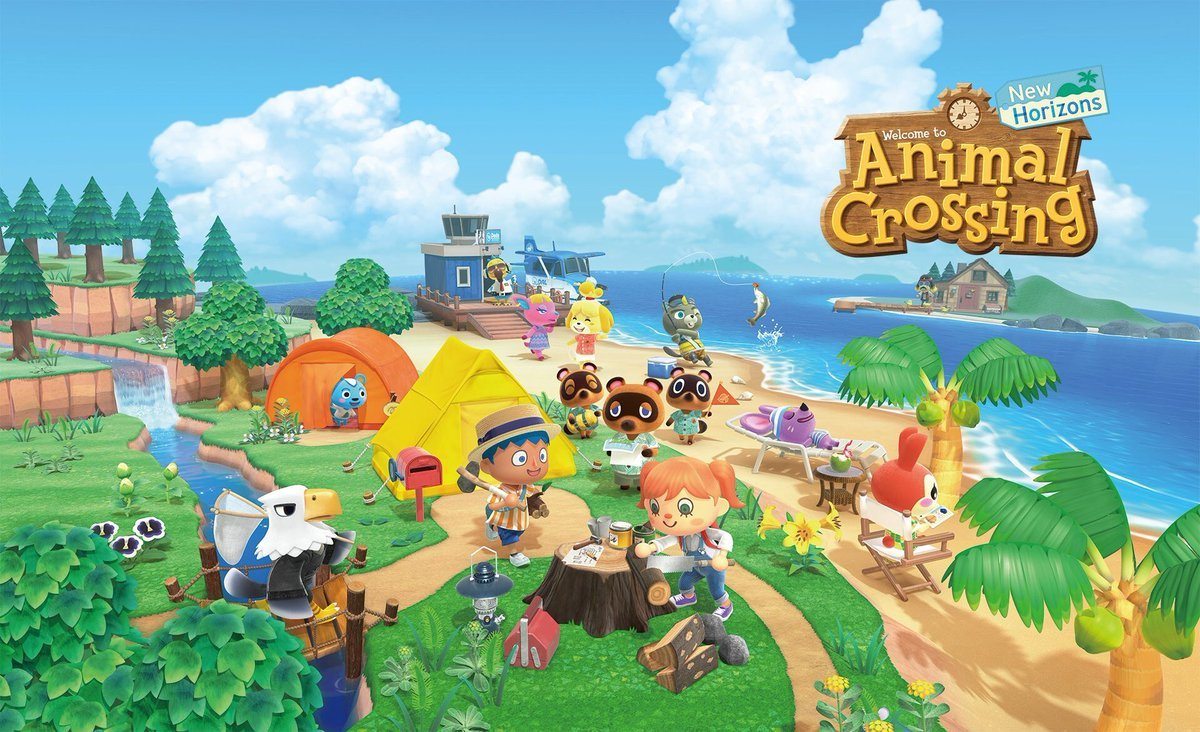