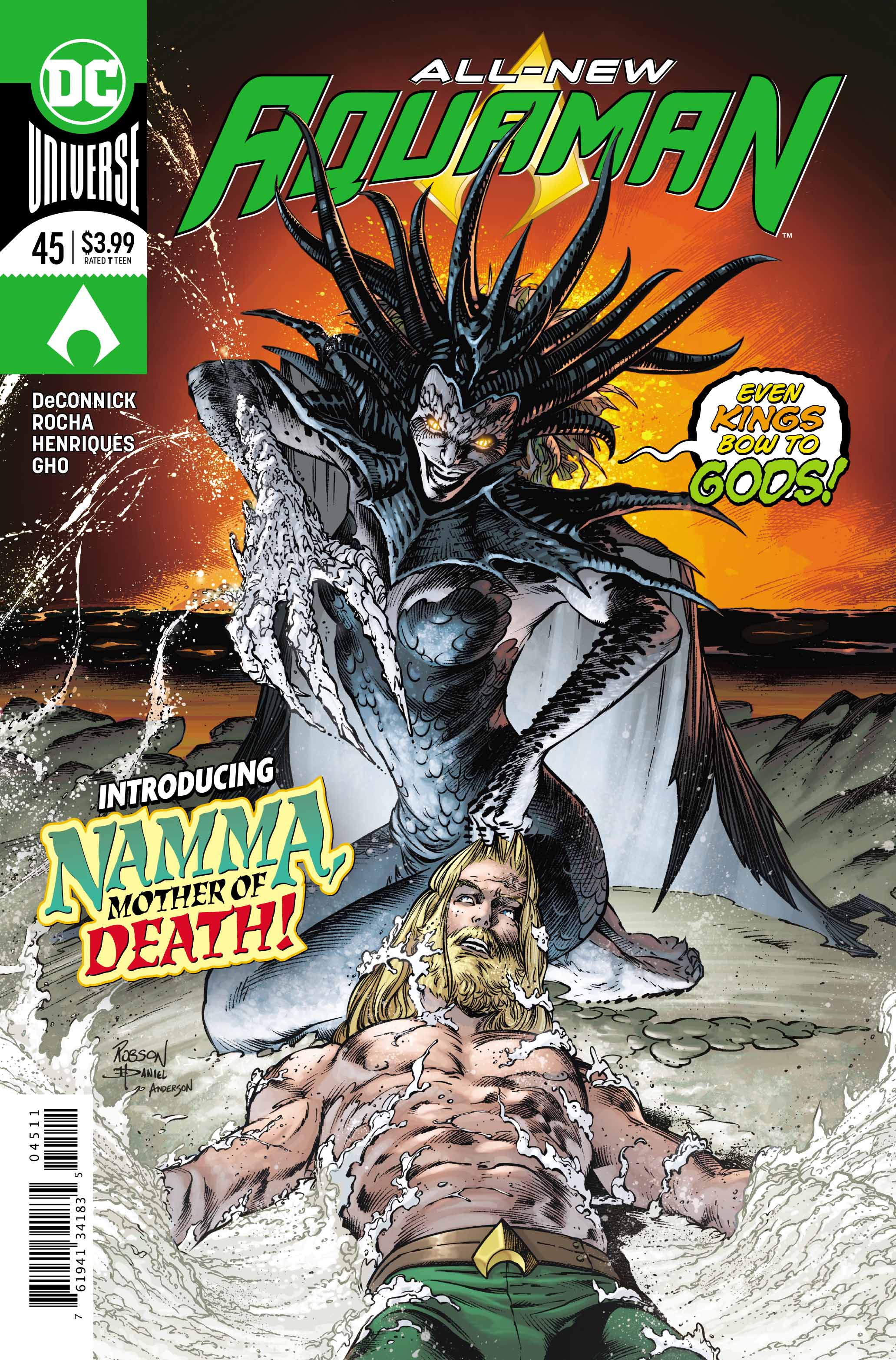 You’ll recall from Aquaman #44, the lesser gods took Arthur/Andy/Arausio out for a dunk, presumably knowing he’d make it out alive. This issue opens with him coming to on the beach, very much alive, and ready to take on the challenge ahead: ferrying Caille to the island to meet her mother, Namma. 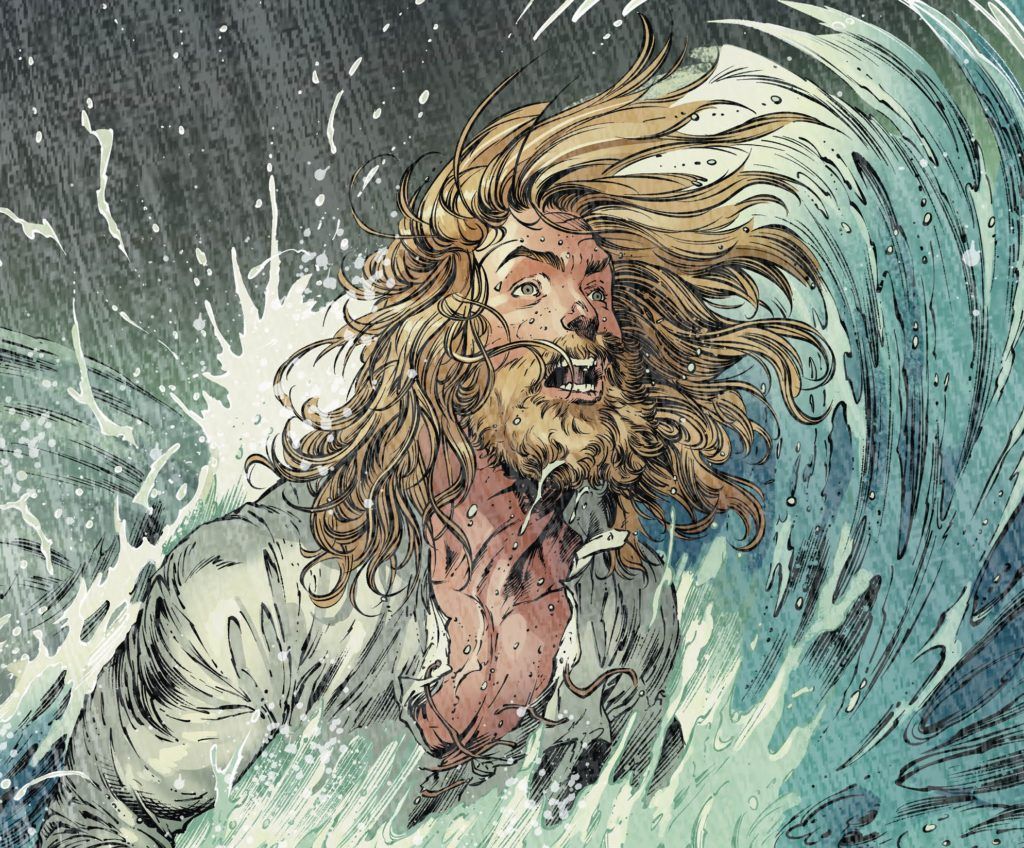 Arthur, having survived drowning, has stopped flopping around on the shore and is taking control of things. He and Caille hop on the boat and set sail for the other island. Over the dramatic trip, which is tinged with connection but never romance, there’s a second narrative, that of the first gods, Father Water and Mother Salt.

The old people are left behind and we’re introduced to an entire new pantheon, birthed by water and salt, and spanning the entire globe. Deconnick presents a well crafted myth, with echoes of other creation stories, while also going in different directions. In good Grecian fashion, the father and the children are at odds, with the usual results. But what happens after they commit patricide? That’s the really interesting part.

This is the issue where all the roles get complicated. Next issue, Aquaman finds out the truth and has to make some decisions. It is going to be a riveting conclusion.

I have a for-serious question at this point of my Aquaman adventure: Has Aquaman always been such a hunky, blond, bearded viking-looking guy? Because the version of Aqua that Rocha and crew are serving up has my toes tingling. I don’t recall this from my childhood Aquaman viewings. Whatever is going on, they better keep doing it, because his beard is about to make it into my hall of fame beard list.

Summary, the art is fantastic. Huge splash pages of gods and monsters, colors blending and colliding. I scanned through this Aquaman #45 and didn’t even read the words at first. Just looked at the pictures. This is an issue worthy of being collected, whether you’re a fan or not. 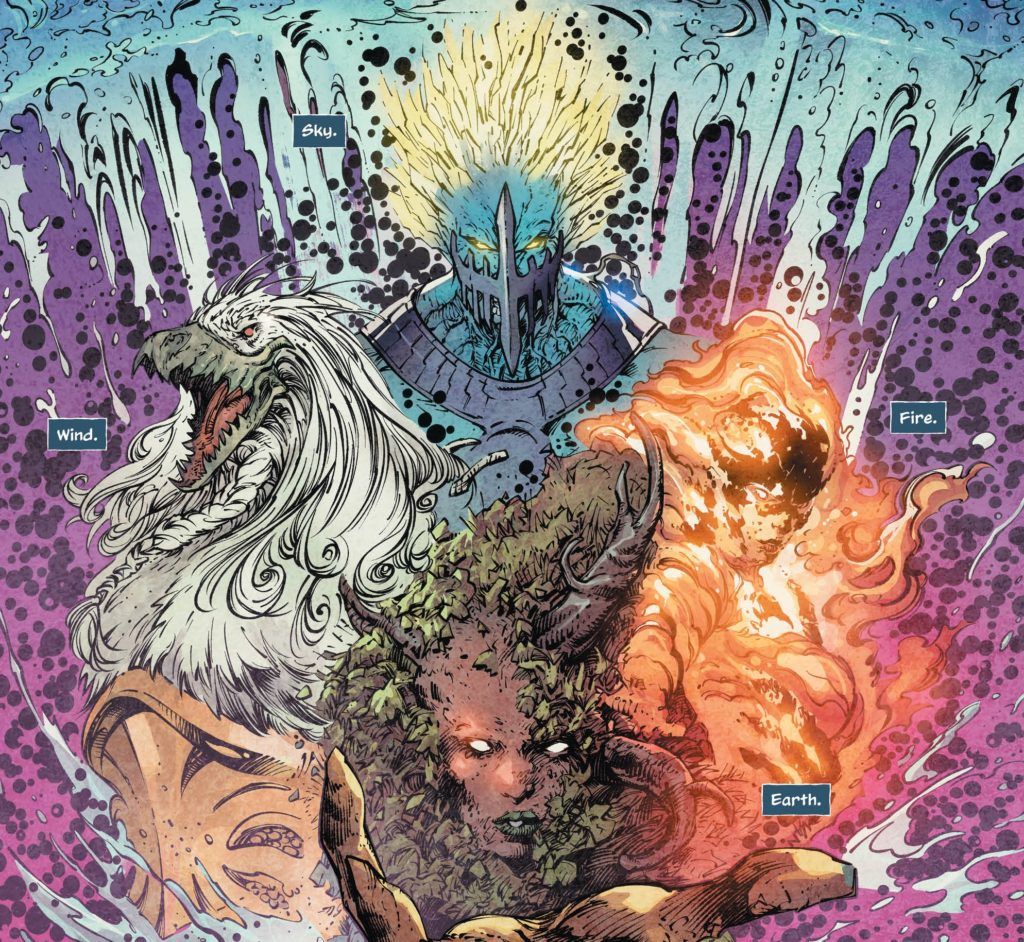 8 Gods and Goddesses of Water out of 10