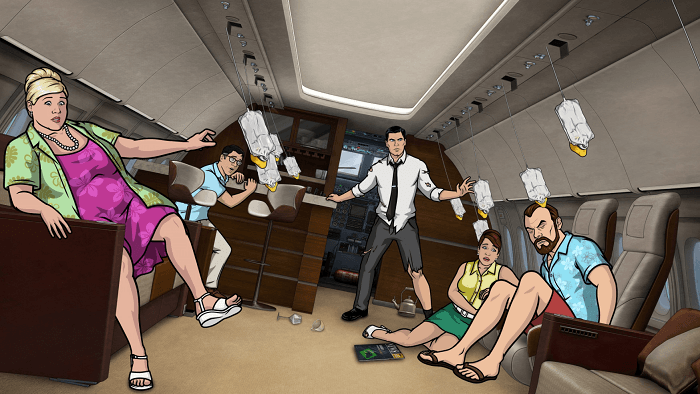 After having a pretty spectacular three episode run, Archer has cooled a little bit with some funny and kind of average (for Archer) episodes. This episode begins with Sterling calling the office so that Cheryl can finance his way home. Sterling is on the no-fly list (for trying to storm the pilot’s cabin so that he can fly it) and the no-train list (for trying to storm the conductor’s cabin so that he can…fly it), so the usual methods for him to get home won’t really apply. The beginning is a callback to one of Archer’s best episodes to date, “Midnight Ron” where Ron and Sterling have an adventure coming back to New York from Montreal (down to Cheryl saying, “It’s gonna sound like I’m hanging up, but…”). Honestly, I could see Archer doing this type of episode annually the way that Family Guy used to do the Stewie and Brian road trip episodes (or maybe they still do, I have no idea, I haven’t watched that show since Bob’s Burgers became Fox’s best animated show). So how did this one fare compared to the last “Sterling is stranded somewhere and needs to make it home” episode? Ehhhh, not nearly as well. 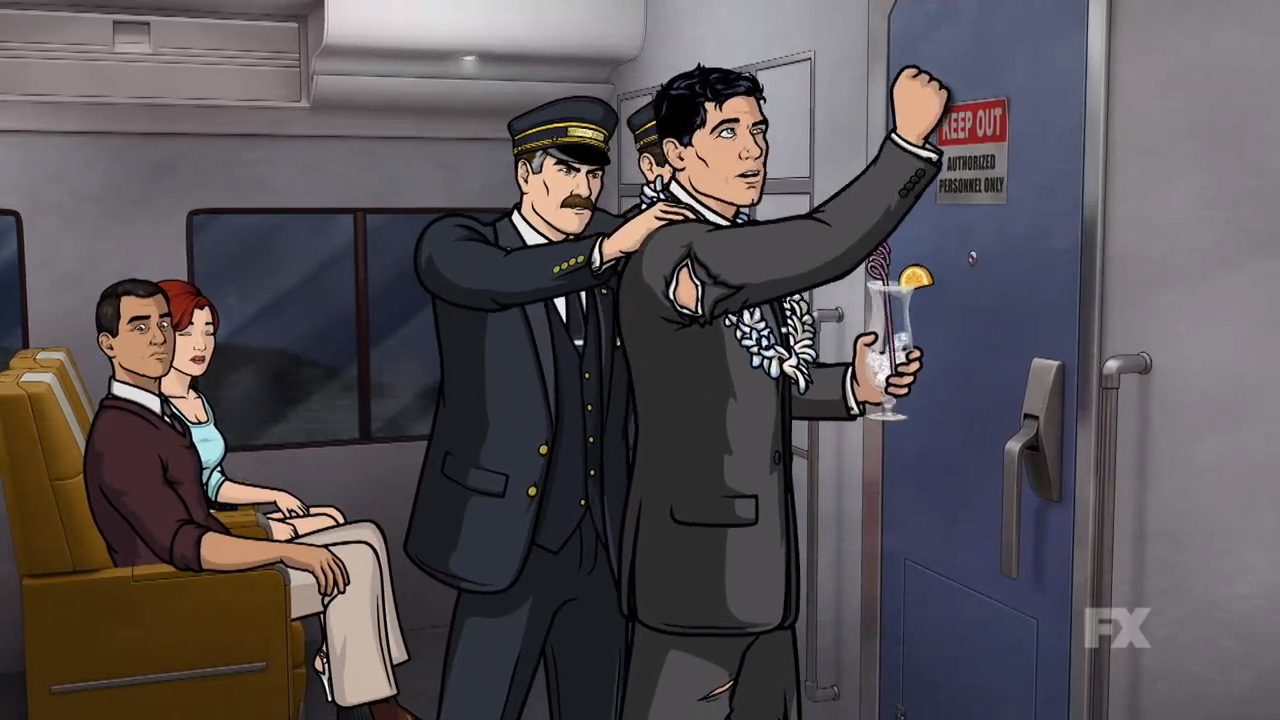 The synopsis is that Sterling (apparently blowing off steam from Lana’s stunt from the previous episode) convinces Cheryl to send her private jet to pick him up in Vegas to bring him back home. Of course she doesn’t just send the plane for him, she comes along with Ray piloting it and Cyril, Pam and Krieger along for the ride. Because Pam and Krieger are so hyped-up about seeing Area 51 from overhead, Ray is pressured into flying into the no-fly zone, getting the plane shot down in the process. When Ray has to make an emergency landing at Nellis Air Force Base, Sterling has to think fast to keep them from being arrested and detained.

To be honest, this episode was weird…and we’re talking about a show that has regular themes such as clones, cyborgs, space exploration and a lead character that’s been shot about 74 times with no lasting effects. But this was Area 51 so you’re kind of obligated to have aliens be part of the story, right? All in all, it was really just an ok episode. Many of the jokes felt half-done where the punchline was a call back to a previous joke, so the character felt no need to complete it. After getting to the airbase, Cheryl, Cyril  and Ray literally have nothing to do but sit around the rest of the episode while Pam and Krieger go searching for aliens. Just not the best effort from this crew.

The B story was equally uninspiring save a few lines as Malory tried (and somewhat succeeded) to get Lana to name her daughter after her. I realize that Malory’s narcissism and love of her name has been a theme that’s run throughout this show, but I can’t imagine any sane woman, let alone Lana Kane, feeling pressured to change the name of her 6-month-old child because grandma fake cries about it for 10 seconds. It did lead to a funny and racist exchange (somehow Archer finds ways to make that pairing possible), but was still a pretty ridiculous scenario, even for Archer.