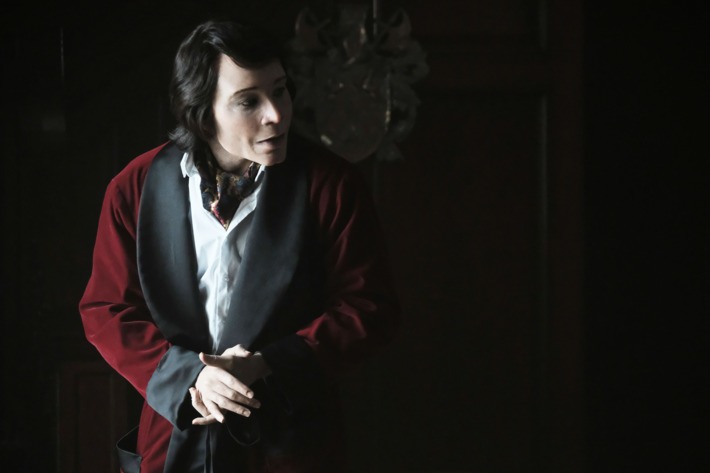 Atlanta – Robbin’ Season Recap: Darius, a Piano, and the Legacy of Abuse

***Atlanta is back for season two, ROBBIN SEASON and we couldn’t be more excited. While not a traditional recap for us, Nicole and William get together each week to talk out the great, the innovative and the utterly bizarre of the latest episode. All the spoilers ahead.***

William: To paraphrase you: I asked for a Darius-centered episode, but like Darius himself, got something wholly unexpected. I have…a lot of feelings about this. I don’t know if any of them are coherent. First question I have, generally, is when did you know this shit was going from creepy to a Get Out situation? 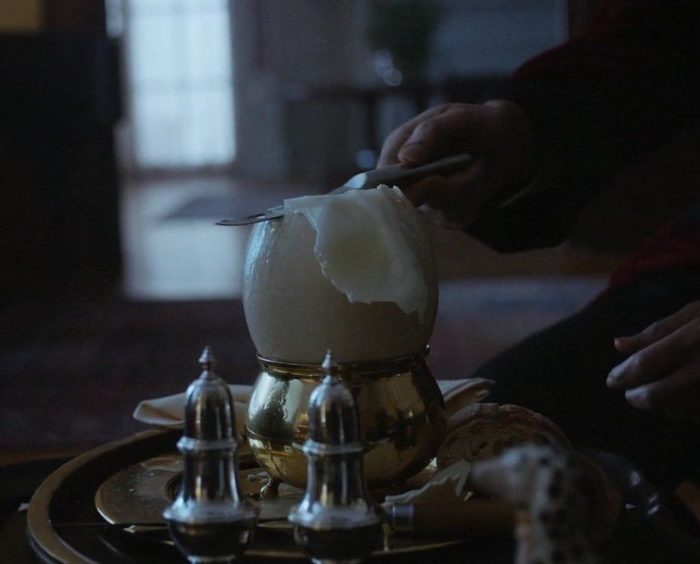 I literally almost tapped out at the ostrich egg. First, I literally almost vomited. Secondly, I started really looking at the setting and thought “oh, okay, I see you southern gothic.” And then I knew that wherever Darius and I thought this episode was going, we were both wrong. How about you? What was your tipping point?

William: LOL, the ostrich egg was so unsettling. I do think it did well to mess with our expectations of a TV show. We know it’s creepy and we know there’s the implied logic that Darius is in grave danger, but on TV shows, when it’s that overt, it doesn’t usually happen that way. If Al thought Darius might die, he wouldn’t be joking with him on the phone or sending texts “Are you dead?”

And even if it feels like the next logical thing to happen were this real life, I think TV shows have used that trope so much, I denied it right up until the blood on the piano and the brother in the basement.

Nicole: The tape recording did that for me. It was so simple and I was so shook. “I don’t have a butler, I just use that to remember things?” What in the Faulkner are we doing right now, Donald Glover? I’m so tempted to list a top 50 creepiest things in this 35-minute episode, but I don’t want to give into that impulse, so can we tackle the “why” of it? What does this mean?

William: Well, I’ve been thinking about this, naturally, a lot since I watched it initially. Every episode in some way can be tied to Robbin Season and it seems clear that this could refer both to the brothers being robbed of their childhood and humanity and perhaps secondarily Darius being robbed of his impulse to explore humanity.

It feels too simple to say this all about abuse at the hands of mean-spirited patriarchs and more about analyzing the cost of genius and legacy. Or maybe nothing. To be honest, after watching that, I don’t know what I know anymore. 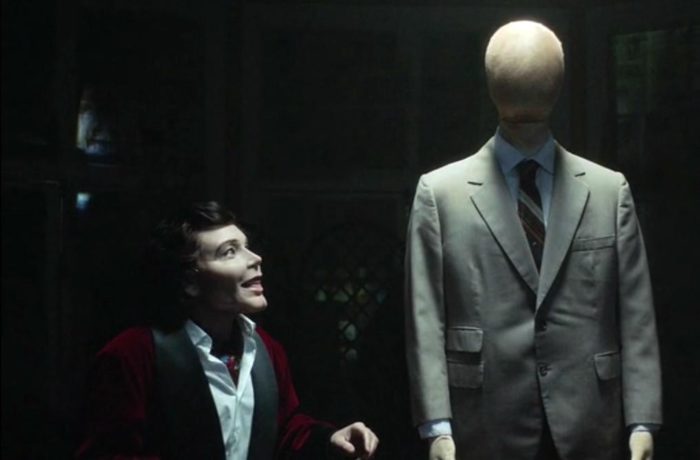 Nicole: It definitely notes the idea of the beating-the-talent-ito-you fathers. Definitely, but I agree that’s it not just that. Because I was struck by the gothic and the grotesque, I’ve been thinking a lot about the uncanny valley that was Teddy Perkins as a character. His face is a human face, but we don’t believe it. Glover doesn’t want us to entirely believe it, though. Because it’s a commentary on, obviously, Michael Jackson and then Sammy Sosa. These men also occupy that grotesque space wherein there is a transgression from one thing (blackness) to another (not quite whiteness).

But Teddy’s face has to be believable enough for us to take the peril that Daryl is in seriously. It’s a mask that is not mask. For me, this is a continuation of Glover’s exploration of celebrity and its construction–the mask is not a mask or the mask that must appear to not be a mask. And then to see Teddy Perkins played by himself? [runs around the room with hands in the air]. I love it.

William: Yeah, from a technical standpoint, it was a beautiful (in its grotesque) piece of television. The aesthetic of the house, Darius basically playing the role of the audience by his exploration of the rooms and relics. Thinking back, I also should’ve have been aware earlier how bad this was going to get. Darius, who didn’t flinch at the alligator kept in a room of the house. Darius who asks folks if he can measure their tree. Darius who once took a samurai sword into some Korean underground den and emerged with a dog for breeding was unnerved from the beginning. That should’ve told me something.

Nicole: Speaking of my deep love of Darius… he continues in his quest because he doesn’t want to regret not continuing. Evidently, he had a two regret death pact with someone (who!), but thats not the most Darius thing in the Darius-centered episode. When Al asks how someone would know if he had two regrets, Darius says incredulously, “Because I’d tell them.” And he would. Because he asks to measure trees. Because of the sword and the alligator and the dogs. I never doubt that he would.
So later when Darius is handcuffed to a chair and faced with death, I don’t doubt that he’s telling the truth about his father. 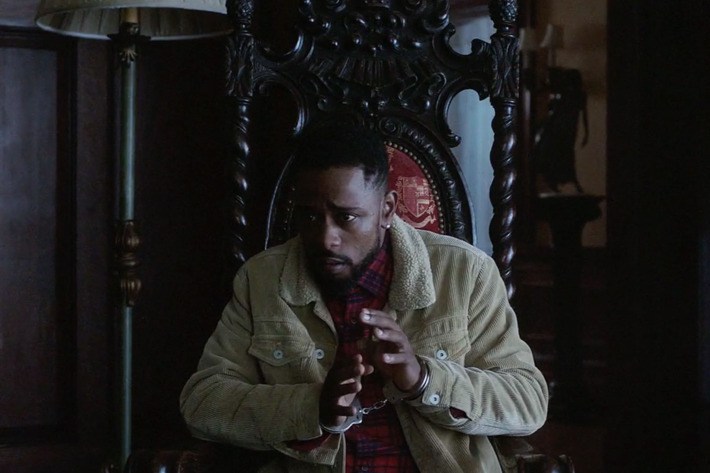 William: Yeah, listen, I was already shell-shocked by the events that led to that moment that I feel like I need to watch it again to appreciate it. When Darius said earlier that his father should have apologized, that’s just a seemingly simple thing that isn’t explored that much. When we hear of these stories of horrible fathers (it’s almost always fathers, right?) abusing their elite talented children, we hear them being contrite for being exposed years later. But a straight-up apology is few and far between.

And you’re right, because Darius is who we believe him to be, I 100% believe him when he talks about his father. I’m convinced that if this wasn’t something that shapes Darius’ background, he wouldn’t invent it because he had a shotgun aimed at his chest. Which really doesn’t mean that Darius had an empathetic story to tell in the face of violence, but really that Darius is just empathetic to about every situation because he opens himself up to that possibility.

Nicole: He not only is empathetic in the face of his impending death (my dude had no outs in sight while he sat in that chair), but he goes beyond that. He not only tells Teddy that his father should have said sorry to saying “I’m sorry,” but he continues to apologize on behalf of the father before he starts telling his “daddy shit” story which is less a story than it is an accusation. All of that past trauma “doesn’t give you an excuse to repeat the same shit over and over.” It’s both understanding and demanding of accountability.

William: Agreed. I’m not sure what I expected from a Darius centered episode, but putting him in a position to show unflinching empathy no matter the trial is probably the most honest depiction of him, so bravo to the team for that. Speaking of which: are you agreeing with the internet that this was the best episode of Atlanta to date? 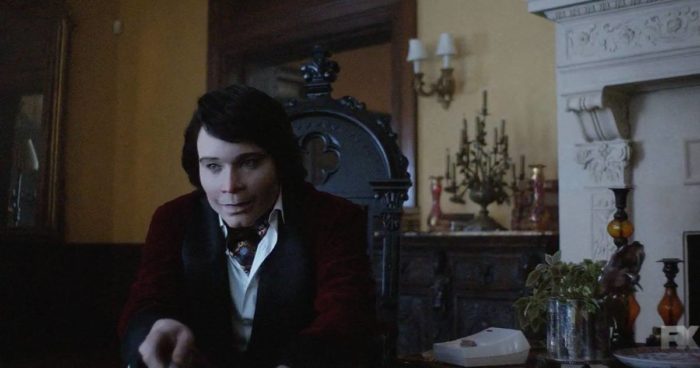 Nicole: I don’t know if it was the best, but I think it was my favorite. The tried and true nerd in me wants to do a close reading of every frame because even on a second watching, so much detail jumps out at me. It feels richer and more deliberately textured than some of the other episodes. Since Atlanta is already transcendent (what genre is it? is it series? a serial?), that it keeps raising the bar and then pole vaulting over it is a joy.

How about you? Where does this rank for you in Atlanta episodes?

William: It is definitely in my top 3. It might be number one, but I need more viewings of it without the sheer shock involved. I go back to the B.A.M. episode from season one that literally accomplished like four different things with great nuance and execution. But yeah…after the feeling of just being shook, I can see the amazing artistry of this episode. Which includes this perverse sense of atmosphere it created.

Outside of this episode, I do have questions about this season in general. It doesn’t have the throughput and narrative consistency that the first season did and I don’t know if that’s intentional or the fact that everyone became a star after season one and their shooting schedule was difficult to manage. But right now it feels like a collection of vignettes. Which isn’t terrible but isn’t as cohesive as I would like.

Nicole: I’m enjoying the vignettes immensely. I think it’s likely related to everyone’s rising stars but regardless of the cause I think it’s an effective storytelling device for now. It’s unsustainable, but I think so far it offers needed windows into the characters that a traditional linear thread wouldn’t it also effectively handles the movement of time without being too overt. At a point though, we’re gonna need all of these characters back together again.

We have 5 episodes left in this season so they have room to play a little bit more, but we do need at least one episode that is grounded in the overarching narrative of the show/characters. 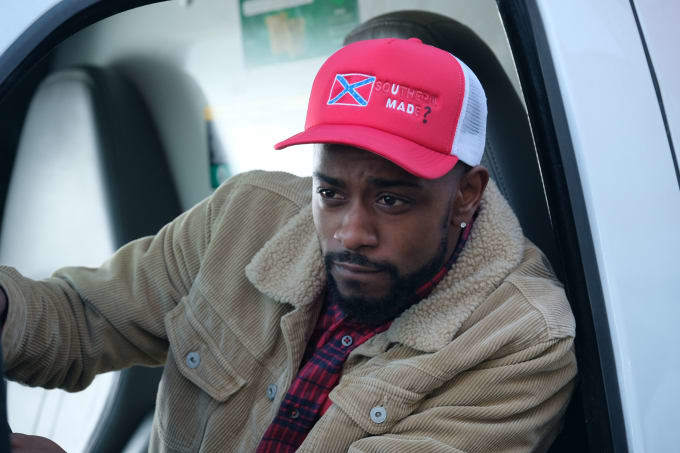 William: To continue that theme, it looks like we get Van back. Possibly interacting with another one of her ain’t shit friends. Which…anything following this past week will be tough, but I am looking forward to an Earn-less Van episode.

Nicole: Anything would be less stressful than this week.

William: This shit was so stressful I forgot how stressful the previous two episodes were. Any remaining thoughts?

Nicole: Honestly, my overall thought this season mostly revolve around being excited for what these actors/actress do next in their careers. I’m excited for their less mainstream projects. More so now than I was at the end of season 2. It’s refreshing to live a show and have no none nary nan idea what to expect from the next episode.