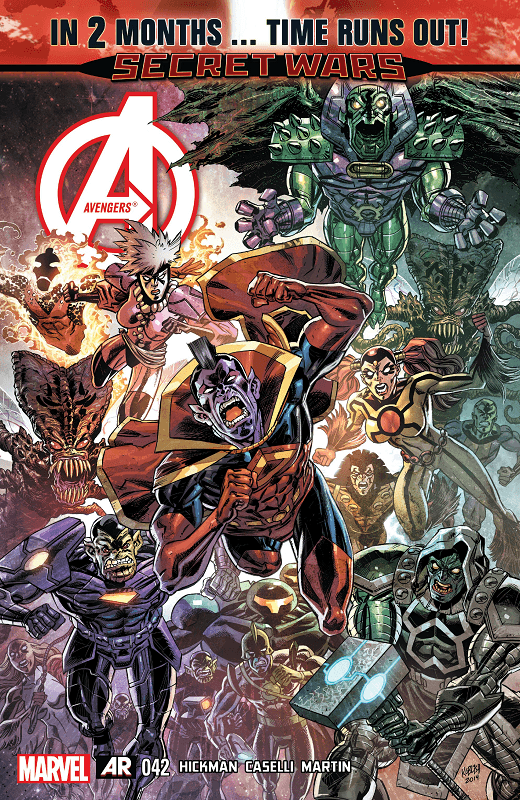 As much as I’ve praised the “Time Runs Out” storyline, since the big non-death of Namor in Avengers #40, not that much has really happened. The world got bigger, Hank Pym came back with intel and a huge galactic multi world battle took place…in the past. This issue in particular was pretty text book Calm before the storm as there was a check in with various factions as they either prepare to destroy or protect Earth as a means of preserving the entire Universe. There are a few moments of intrigue here and there as Cyclops is now ready to enter to conflict, Black Swan and Namor share a moment where their back door deals may be intersecting again and Val Richards is showing T’Challa and Reed how not to lose. The only people that were missing from the round up in this issue was Dr. Doom and Molecule Man. I suspect that Hickman is keeping them on the back burner until they can emerge in the 12th hour for something miraculous. But that’s just a guess. 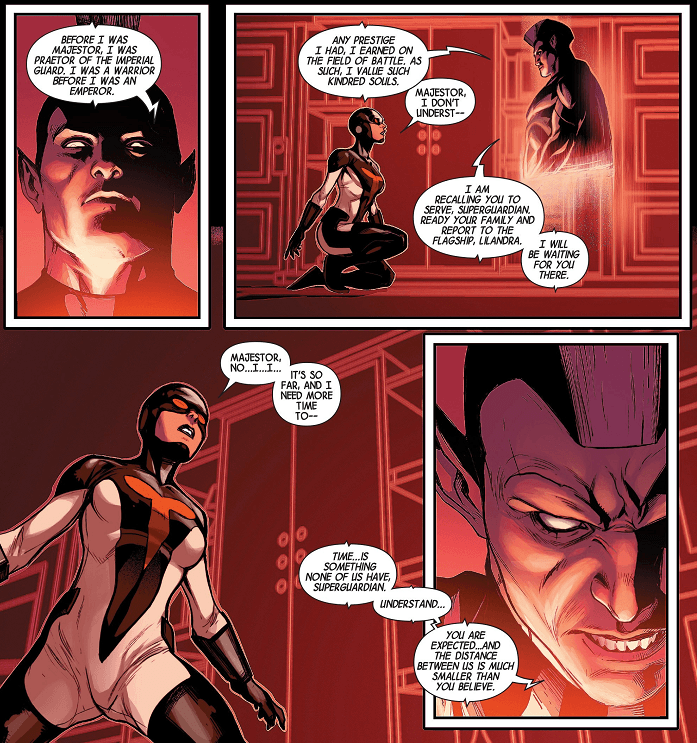 Caselli is on the pencils again and he does a pretty decent job with the characterizations and set pieces. I’m curious to see what he deals with if he has some prolonged action sequences with our favorite characters.

One would assume that the next issue is set up to be large and bombastic with Gladiator set to lead the attack against Earth. But, I wouldn’t put money on that. A slower issue, chess pieces get moved around in dramatic fashion even if the issue itself lacked that kind of drama. We are however, moving awfully close to Time Running Out, so something has got to give soon.