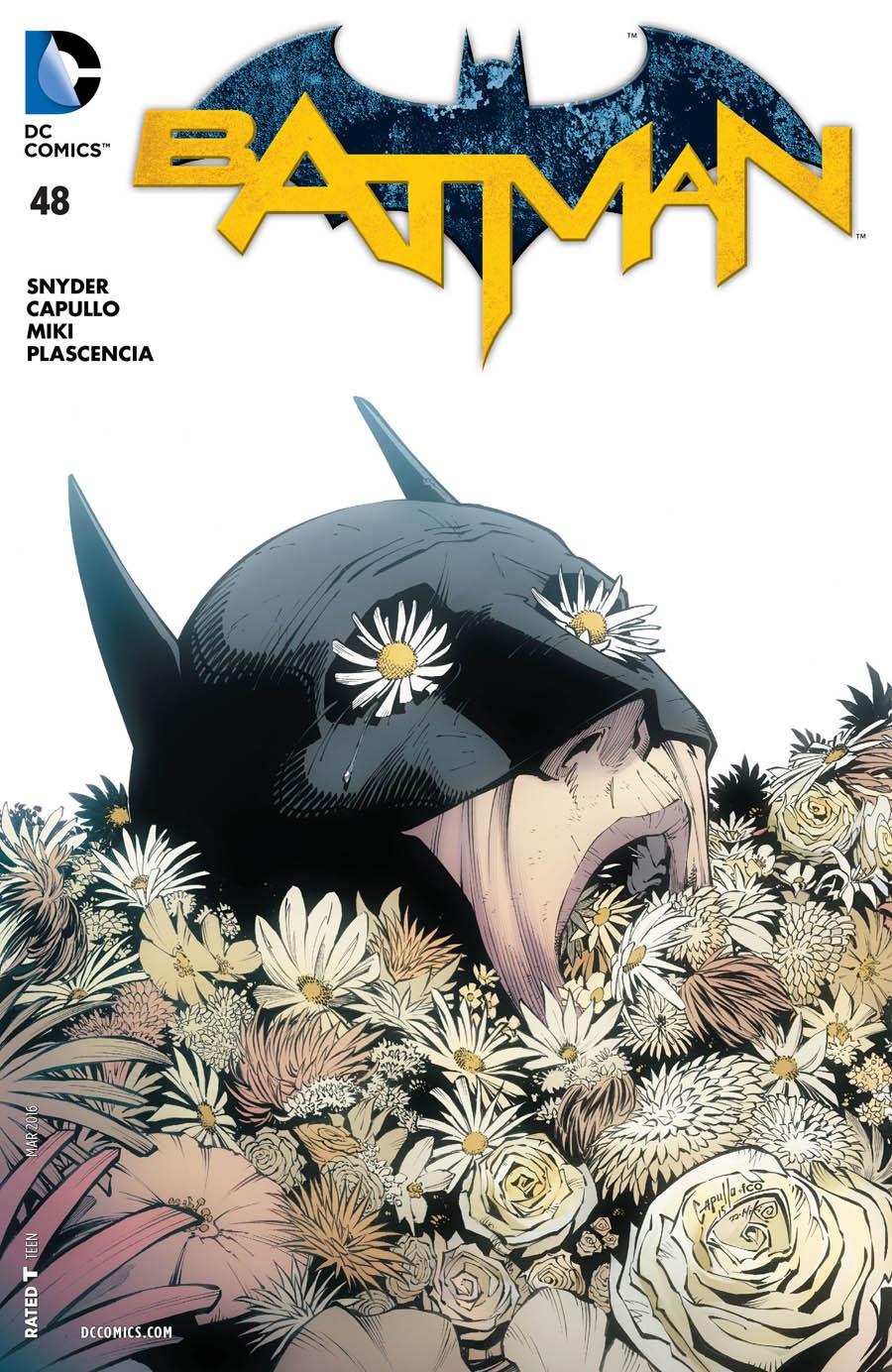 I can’t even pretend as if we don’t talk enough about how good Scott Snyder’s Batman is. Because I’m pretty sure that, at this point, it’s the first thing I say when I start these reviews. Because it’s good and you should be reading it. I mean, it’s blatantly one of the highest quality books happening at DC right now. Granted, there have been times when that’s not a very high bar to clear, but in this case, it is.

This issue, the next chapter of Superheavy, shit gets unbearably real. The war between Batgordon and his mysteriously monstrous nemesis Mr. Bloom continues. Meanwhile, Bruce Wayne seems to be coming to some hard conclusions about the things life is showing him. The plotlines, weaved together, happening simultaneously (I guess), were pretty effective. Surprisingly, an old friend visiting Bruce Wayne should have been the most compelling plotline but, while entertaining, took a backseat to Jim Gordon throwing down with his bizarre foe. 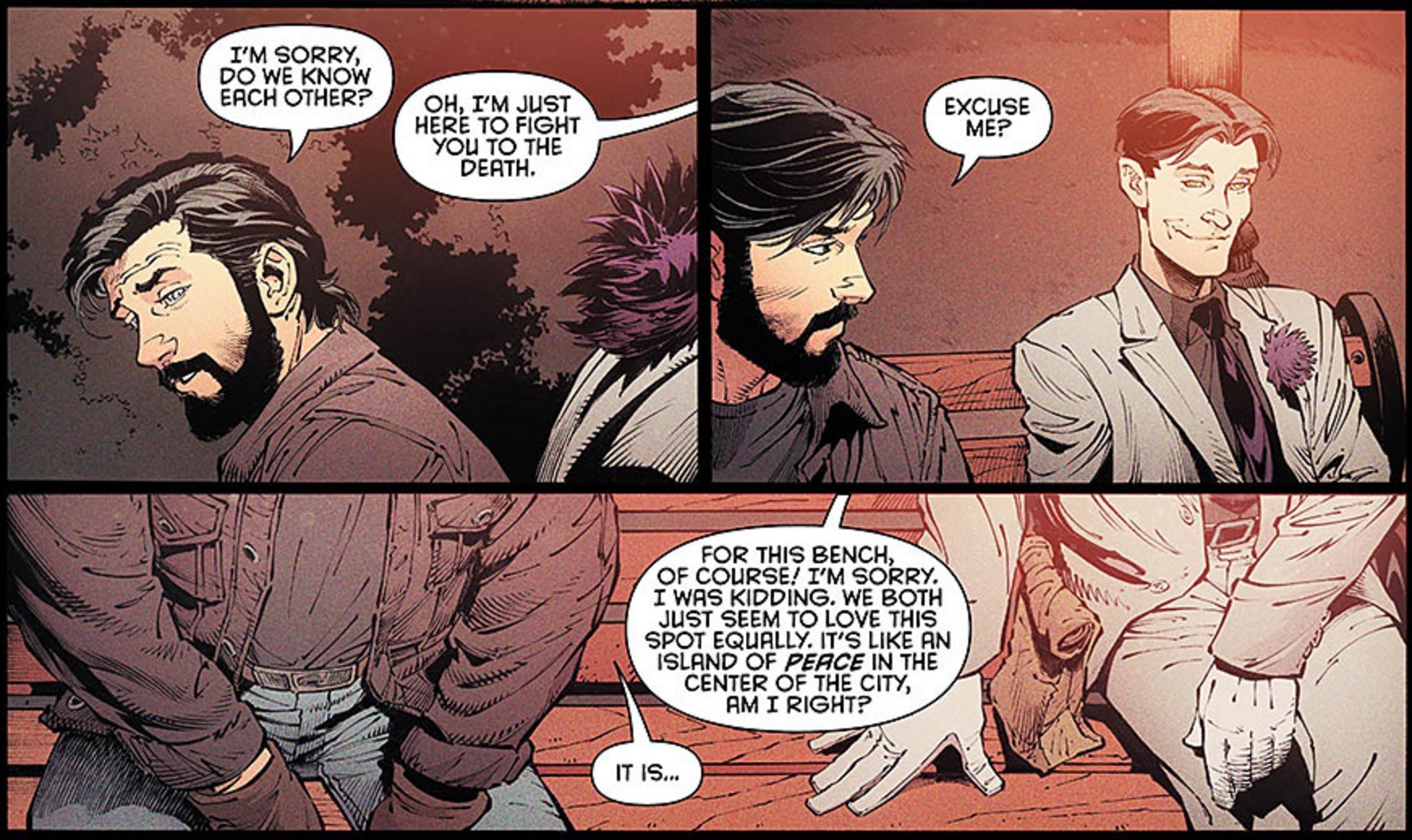 Ultimately, as much as I like Batgordon, it seems like this is shaping up to be a “World Without Bruce Wayne” (because Knightfall is already a “World Without Batman” story) story in the same way Superior Spider-Man was a quintessential “World Without Peter Parker” saga. It’s less of an attempt to sell readers a different guy in the cowl and more of a visual essay on why it’s takes a uniquely damaged outlaw soul to do what Bruce Wayne does and why you simply cannot gentrify Batman. And as always, Greg Capullo is delivering relentlessly A+ work. As we see Bloom’s plan reveal itself further, there are a couple of terrifying moments that I’ll have trouble un-seeing for the next few weeks.

Bottom Line: Though one exchange in particular didn’t overshadow the action the way it should have, this was a solid entry to the Superheavy story arc that reveals some of the layers of Batman and why he has to do things the way he does them.

8.5 Bruce Wayne Lumberjack Beards out of 10