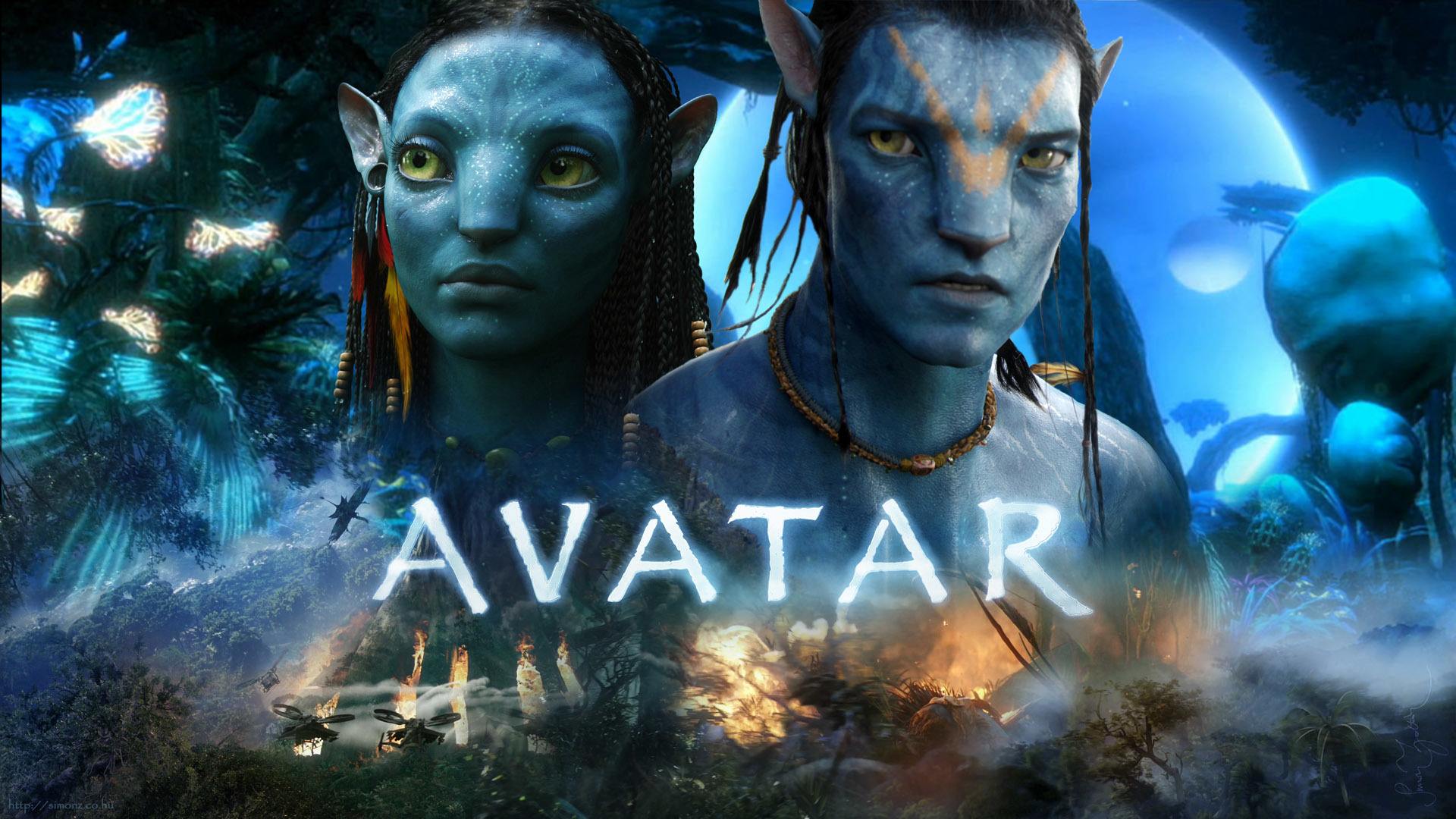 Debate is a main pillar of nerddom, right up there with the constant consumption of content and the perpetual ranking of it. There’s always the need to discuss your conclusions with your peers. We here at Black Nerd Problems are more than happy to navigate that space of debate for you in a new series called Battle to the Bottom. BTTB will feature two (or more) members of our staff facing off against each other to prove which product is worse than the other. This could cover movies, comic books, TV shows, whatever! Pretty much the same wide array of topics you’re used to getting from BNP on the regular.

Without further adieu, here’s our introductory issue of Battle to the Bottom featuring Oz Longworth and Keith Reid-Cleveland respectively debating Avatar and After Earth, two films about humanity’s exit from Earth and the lives they live afterward. Feel free to let us know which side you’re on and which pairing we should focus on next time.

The year was 2009. We lost Michael Jackson, Ashton Kutcher was still a thing and Disney gave us our first black princess (and turned her into a frog). I’ve always (90% of the time) been pretty good at being able to determine what movie I’m going to want to see and when something has all the makings of a train wreck. It’s served me well in the sense that I’ve still never seen Battleship or Transporter 3. But everyone once in a while, there are cracks in the armor.

An ex-girlfriend of mine kept urging me to see this new James Cameron movie that had a commercial that only came on television maybe every 47 seconds. Seriously, I’m pretty sure they preempted the State of the Union address because networks hadn’t met their Avatar promo quota. Despite my being a fiend for science fiction, this Cameron movie, despite its much-touted visuals, just sort of looked like a really pretty children’s movie telling a story I’d heard before. But the ex wanted to spend some time and we were trying to rebuild our bridge for the purposes of friendship, so I caved and saw it with her.

Remember a couple of sentences back when I mentioned Avatar looking like a really pretty children’s movie? It turns out I was giving this movie a lot of credit. Undeserved credit. I would expect a child to take a shit in my shoes later as retribution for subjecting them to such self-important, racially problematic schlock. Eight years later, as Cameron is still promising us four more of these monstrosities, time hasn’t been much kinder to this movie. I’m sure you’re asking yourself why this writer takes such umbrage with this movie (I’m assuming that, by clicking on this article and reading this far, you’re asking yourself this question). Glad you asked.

First of all, let me skip a step and highlight the second biggest problem with this movie: Sam Worthington. Despite its quality or lack thereof, a movie as heavily promoted as Avatar tends to be a king (or queen) maker/breaker. Zoe Saldana’s career was in a good place but took straight the fuck off after her performance in this movie because she killed it (despite the problematic source material…we’ll get to that) and has been securing the bag ever since. Meanwhile, Worthington, since being the star of this train wreck-on-shuffle’s leading man, has never been in a good movie since even with Hollywood trying to sell him more diligently than that one friend of a friend that’s still trying to sell pre-paid legal and flat tummy tea out of the trunk of their car. 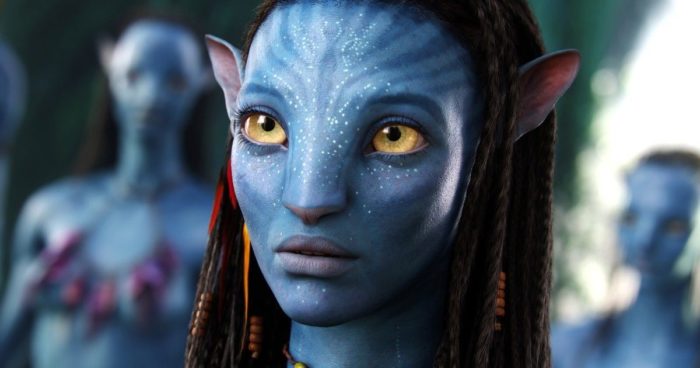 This is because where Saldana is this film’s shining high note, Sam Worthington is this movie’s uninspired flat note in Christina Aguilera’s “tribute” to Whitney Houston at the AMAs. And even though he’s a good looking one trick pony of an actor that can’t even disguise his Austrailian accent for a whole movie, it’s still only partially his fault he’s so bad in Avatar. After all, the script doesn’t give him much to work with. Cameron is not very good at creating characters, but I at least expect the guy who directed the brilliance that is Aliens to give us a good space marine. That does not happen here.

Jake Sully is perhaps one of the most uninteresting protagonists I’ve ever seen in fiction. He’s a marine that got his legs blown off in combat and is chosen to be part of the Avatar project because he’s a genetic match to his twin brother, a scientist who was murdered by a mugger. That sentence you just read contains literally any and everything that might have been compelling about this guy. Aside from that, he’s just a dumb grunt that gets led through the plot by far smarter people (that never miss an opportunity to tell him how dumb he is…not that I blame them) and speaks almost exclusively in curse words and Call of Duty sound bytes.

Even for 2009, with stuff like Lost (no matter how confounding it got), Breaking Bad, and Sons of Anarchy in existence at the time, we deserve better protagonists than the pouty, sullen version of Duke Nukem. And okay, I will acknowledge that Sully isn’t the first one-note hero to ever grace the silver screen and he certainly won’t be the last. But the problem is that much worse because the story calls for this guy to check in with a video journal throughout the movie where we hear his mind and heart’s innermost workings…which we’ve usually just seen for ourselves. The movie gives its audience absolutely no credit, assuming we need our hands held through such a rudimentary, derivative tale.

Literally, every space marine in Aliens was more interesting than this. I could tell you the difference in Apone, Hicks, Gorman, Hudson, Vasquez, and even Wierzbowski and possibly even give you a good quote from each one. I couldn’t tell you one interesting thing Jake Sully says and, if you can believe it, the other marines are actually less interesting than that, saying stereotypically alpha male things like “fresh meat” and, I shit you not, “hairy bush.” The only remotely entertaining jarhead is Stephen Lang’s character, an almost obligatory no-nonsense Colonel who has three claw marks on his face from that one time he startled Wolverine in a crowded elevator. But even then, even with his not-half-bad performance, the Captain Clawface is written so on-the-nose nefarious as the General Custer of space, he might as well have tied the Na’vi to train tracks while twirling his mustache

In fact, aside from Saldana, the only characters that aren’t a complete waste are Sigourney Weaver’s acerbic biologist and Michelle Rodriguez basically playing Vasquez from Aliens all over again.

Sully is chosen to be a part of the Avatar project where expeditionists’ brains are transplanted into bodies that resemble the indigenous Na’vi in an attempt to get friendly with the race whose land they’re trying to bulldoze for a special metal called (and I’m not kidding about this) “Unobtanium”. I want everyone reading this to just take a beat and plug “Native Americans” or “Africans” or “Asians” where you read the word, “Na’vi” and tell me that doesn’t sound wrong. Essentially, the members of the project are wearing a very expensive version of blackface or “blueface.” Oh, and just in case the point hadn’t been hammered home enough, all of the Na’vi with speaking roles are played by people of color. Try not to pass out from rolling your eyes too hard. 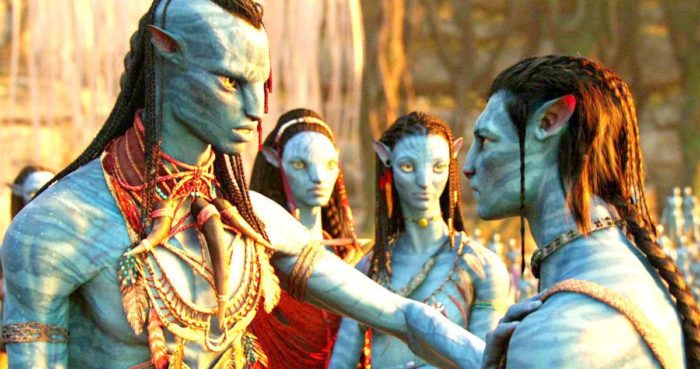 And while we’re talking about the Na’vi, why in the hell are these aliens so sexualized? The first time we see Weaver’s avatar, she is dressed in a crop top with a tiny waist. Saldana’s character, Neytiri, wears a loincloth and is basically topless, only barely covered by her necklace. What part of the game is this? It’s baffling that a movie this dumb thinks the audience is so dumb that, if left to our own devices, we wouldn’t be able to discern girl aliens from boy aliens. By the way, just in case it’s not still fresh in your mind….they marketed this bullshit to children.

At least in other white savior movies, they don’t sugarcoat the whiteness nor did they reward the whiteness with the ultimate prize. They didn’t slant Tom Cruise’s eyes as the story went on in The Last Samurai. C. Thomas Howell’s blackface makeup didn’t magically become permanent in Soul Man. But at the end of the Avatar, apparently as a reward for being such a good white savior (that was originally a double agent for Colonel Scarface to get operational intel on them so the army could blow their magic god tree to Hell), Jake gets permanently transformed into one of the Na’vi via his Avatar. Just imagine 8 Mile if Eminem beat Sam Wilson and the rest of the Free World at the Shelter so badly, Future (Mekhi Phifer’s character…not that rapper that sings in Parseltongue) took out his fairy godbrother wand and turned Rabbit into a brother. That’s the kool-aid that James Cameron is essentially selling. 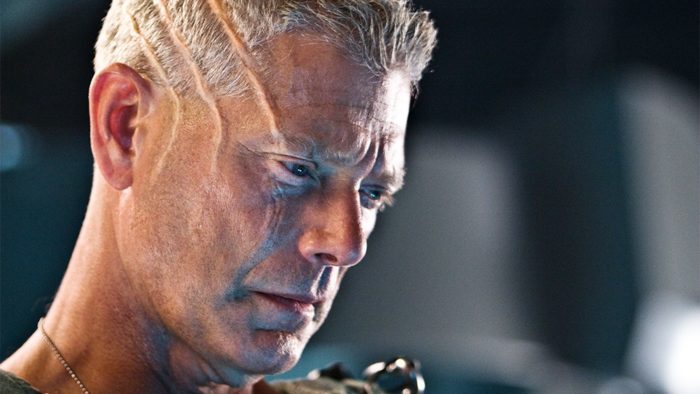 Cameron swore up and down this was a state of the art film that would revolutionize the way CGI is used alongside live action, but really, the only things he revolutionized (aside from the myth of the white savior) were the same things he’s always done well and very few of them had to do with the CGI. Hell, Tron Legacy came out around the same time and for all its faults, it looked better than Avatar with 80% less racist bullshit…mainly because there was probably only one black person to be seen in Tron Legacy to begin with but I digress. With Avatar, the first person scenes all feel like the jumps right before you’re thrown into a Call of Duty mission. The cgi is more of a distraction than anything else.

Sure, there was this pretty, lush new fictional world to immerse ourselves in but even that barely gets explored. For all the animals and lifeforms we’re introduced to, they’re only described in vague instructions like, “Don’t shoot it”, “Run”, “Don’t touch that” or “I’m really sad I killed that.” So, yeah, it’s a pretty movie but it’s also a patchwork blanket of elements that Cameron is proven to have mastered being used to cover up it’s narrative shortcomings and cultural sneers which exist at just about every turn.

All in all, Avatar is basically the Kim Kardashian-West of sci-fi: Really pretty and really problematic.

And much like Kim, there are four more lined up to torture us all.