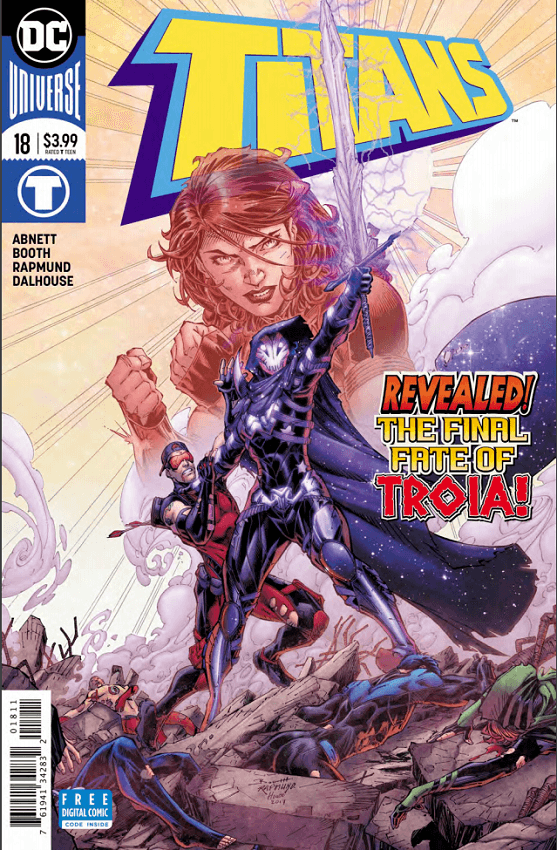 The Titans manage to get Bumblebee’s memories back, but her husband Mal is still being controlled by Donna’s future evil self, Troia. OG Wally West is dead and the world’s about to end in Delaware. Delaware, of all places.

Titans #18 kicks you in the face from beginning to end; Donna has to stand up to her biggest enemy, which just so happens to be herself. Troia effortlessly claps back at all of her comrades (especially Roy Harper) while at the same time telling Donna it’s her destiny to become her. Young Troy has to fight for her friends, as well as fight for who she really is. Time’s running out, and the Titans have to hold strong to keep Troia’s prophecy from becoming reality.

This chapter is heavy on action, with some really great group shots of the team squaring off against Troia’s super-powered mind puppets. Nightwing looks like he’s having a blast saving the world from imminent danger as he leaps from panel to panel. Donna really takes the lead in this chapter, and the artwork communicates that as she punches through every page she’s in. 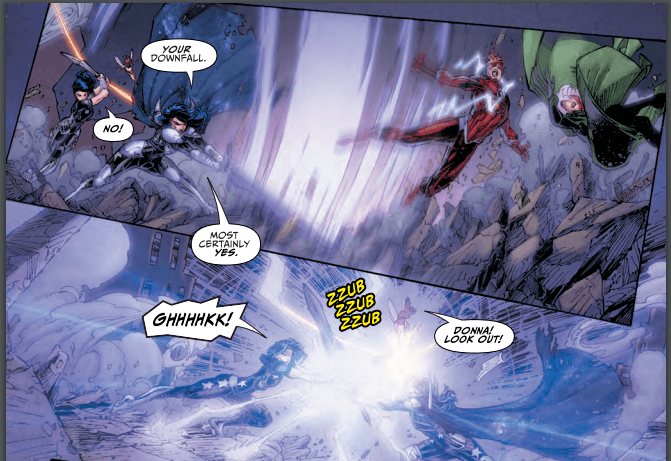 The only head-scratching moment in this issue is when a certain character comes back right in the middle of the fight. It’s not that they come back, it’s more how they come back. It’s like, “Oh. Oh, hey cuz. Thought you were- no? Ok, well you didn’t miss much, just grab a packet and follow along.” At least put the shoehorn back in the closet when you’re done, guys.

All in all, Titans #18 is great read. We get to see Donna being the badass Amazonian she was born to be, and the team learns a lot about themselves during the battle. You should definitely pick this one up.