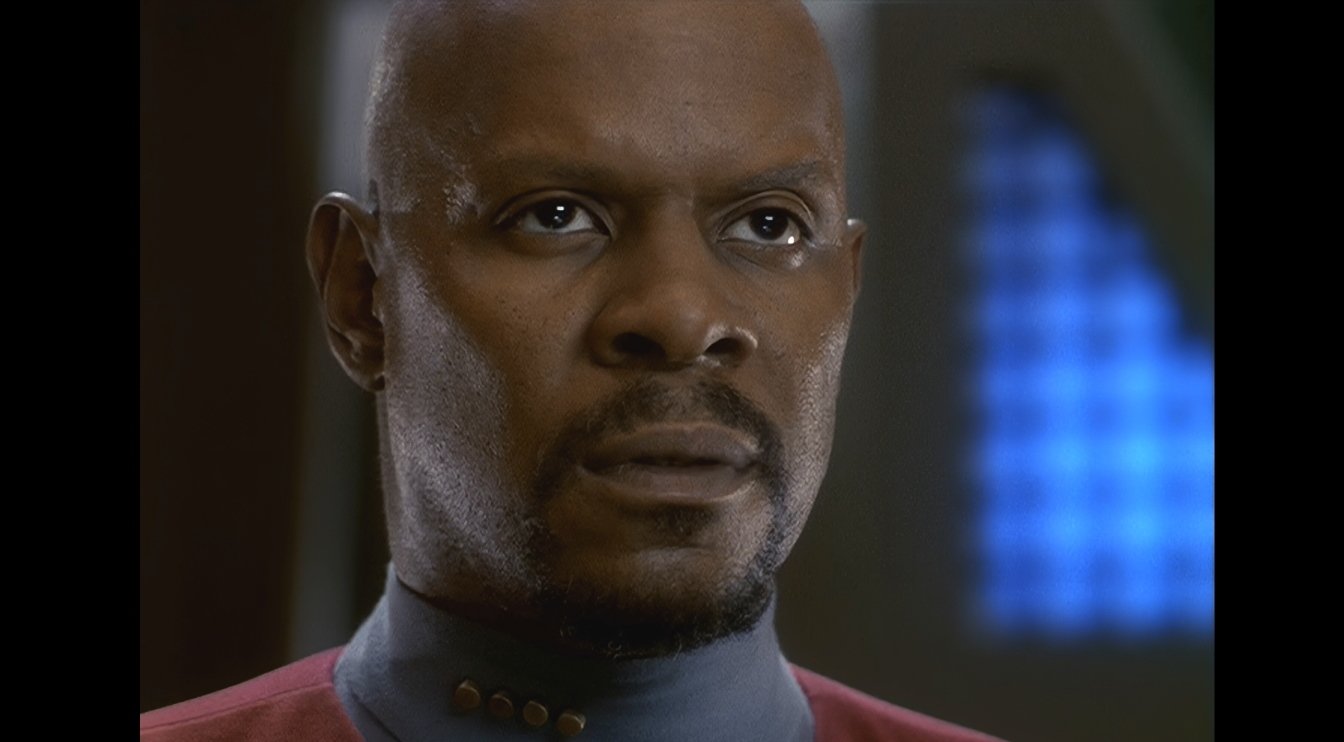 Last year, I wrote about some of the best Mom’s in Sci-fi/Fantasy, and I felt it was time to do the dads a solid. I mean let’s talk about the dads! The biological dads, the adopted dads, the dad-ish folks who get called something else, but we all know are dads. Who are your favorites, did they make the list? Remember there are no wrong answers, except of course Ned Stark, Ned Stark sucks as a dad, everyone else has a shot. So I present to you : Dope Ass Dads of sci-fi/fantasy.

Listen, there are legions of folks out there that will be soon finding out why Tam Al Thor, veteran of the Aiel Wars, Blademaster, father to a wool headed sheepherder, belongs on this list. Besides just being an all-around dependable guy in a world where everyone seems to have a angle. Tam just wants what’s best for his boy. And without spoilers, let me tell you about the sheer amount of ice you must have in your veins when your trying to diffuse a nuclear warhead. Put Tam on it, Tam can diffuse and calm almost any situation, he knows his boy and knows what he needs! And sometimes, that’s all we really need, our parents to sit us down when we are contemplating Balefiring the planets from existence. Some of you won’t get this reference until much later, some of you have read the Wheel of Time and understand what I’m yammering about. Tam al Thor, adopted dad, I raise a glass of Oosquai in your honor.

Ok, yeah, what we aren’t gonna do is disrespect Uncle Ben by pretending he was just an Uncle. Unc may have been the designation, but Dad was the role. Listen, Unc taught Peter the phrase that is the cornerstone of his life, “with great power, comes great responsibility.” This phrase has its own Wikipedia page and has been used by Linux and in a SCOTUS decision. Anytime your dad-advice can be quoted by computer programmers and the Supreme Court of the United States, you deserve to be included in the pantheon of DAD’s regardless of what they call you. We don’t get a lot of “screen time” with Uncle Ben, but we know it was his untimely demise, along with those words of wisdom, which make Peter Parker become Spider-Man in earnest. Uncle Ben is more than a prop or plot device Uncle Ben is Peter’s true north. He is the moral glue which holds Peter together. If there is any justice in this world, Uncle Ben will become a Force Ghost, he deserves it way more than Anakin. Ben Parker, Uncle-Dad, we raise an empty web shooter in your honor!

Commander of Deep Space 9, Captain of the Defiant, Emissary of the Prophets, sous-chef, baseball aficionado, Ben Sisco had a lot of titles, but none were more important than dad. Ok, well, maybe Emissary of the Prophets was more important, but still…the patience this man had. I didn’t understand or realize the amount of patience and resolve needed to be Ben Sisco when I first started watching DS9, but 15 years later during the great Netflix re-watch (at which time I had become a father) I realized Benjamin Sisco was a saint. After a long day of dealing with Gul Dukat, dodging Pah-wraiths, and making sure Quark didn’t sell the entire station from up under him, Captain Benjamin Sisco still had to be a dad. Still had to keep Jake from being possessed by space demons, still had to rescue him from his mother in a mirror universe, still had to teach him the proper way to make gumbo, because we all know Bajorns put Pooncheens in the potato salad. These are the things a good dad has to do, multi-task. Yeah, sure Sisco was the emissary who found the Celestial Temple, but he was also the man who instilled the type of courage Jake would need to form a resistance group when the Jem’Hadar occupied DS9. Benjamin Sisco, space dad we raise a glass of Bloodwine in your honor!

In a universe of squishy Skywalkers, be an Organa. Learn the game and teach it to someone better than you, that’s what Jimi Smits, I mean Organa did. He was a politician who worked in the Imperial Senate, but also was one of the masterminds behind the Rebellion. Bali was the one that sent his daughter ON A DIPLOMATIC MISSION (no matter what those imperial propogandists tell you), to find Obi-Wan in the first place. So, without Bali, we don’t get the original trilogy, so let’s add that to his list of impressive accomplishments. Here’s what His daughter General Organa said about him:

“He taught me so much about politics, leadership, and war, but above all he taught me that no price is too great to pay for our ideals. Bail Organa was willing to die if that meant the Empire would fall. He believed in the New Republic we have been able to create, and in the promise of fair, equal government for everyone under the law.”

Bail Organa, girl dad to a general, we raise a glass of Chimback Wine in your honor!

I come not to just praise Harry Blackstone Copperfield Dresden, but to bury Michael Carpenter. I was minding my own business the other day whiles perusing a fantasy thread on Facebook, where someone had the gall to call Michael Carpenter a good father. Someone held Michael Carpenter up as the epitome of fatherhood in the Dresdenverse. MICHAEL CARPENTER, when Harry is sitting in the same timeline, in the same city. Bruhhhhhhhhhhhhhh. Michael consistently put his family at risk, to “do the job.” Granted, Michael had a Holy Calling as a Knight of the Cross, but at the end of the day however you slice it, Michael put his family at risk for the job. Harry put his soul at risk for his daughter.

You get to the end of Changes and tell me Harry doesn’t give up EVERYTHING for his daughter. When he went to Queen Mab to ask for the Winter Knight Mantle, she asked Harry “why he needed power.” Harry said, to fight the Red Court, Mab says something like…This isn’t new, you stay scrapping with the Red Court, why do you need power now? Harry says, “I’m fighting all of them, because they took my daughter.” But that isn’t the most dad thing he did in that chapter. Mab started toying around and Harry told her, listen, “I can become an avatar of evil, get Lasciel’s coin, and become a Nicklehead and get power. I can kill a bunch of people in a Dark Hallow ritual and get power, but I’d rather it be you, but if it ain’t gonna be you, let me know so I can go do this evil stuff, SAVE MY DAUGHTER, and we’ll have words about it later!” To sum up Dresden’s dedication to Maggie, “I used a knife, I saved a child, I won a war, God Forgive me. (Those who read the books are crying right now.)

Michael Carpenter doesn’t have that on his resume. He has, “Out on a mission while the White Council sentenced my daughter to death, and she later became an immortal fae of the winter court on my watch” on his resume. Everybody in the series whose daughter did not become an immortal fae, under the heavy hand & tutelage of Queen Mab, please raise your hand. Oh, just Harry. Ok then. Listen Michael Carpenter is a great guy, nice to have around in a fight, a solid, trustworthy, Boy Scout of a guy. He just sucks at #Dadlife. He probably doesn’t put charcoal in a pyramid before lighting the grill. He probably let’s everyone in the house play with the thermostat.

No long paragraph or explanation needed. Dude went back in time on a direct order from his son to save his son’s mother and in the process helped make his son. The Dad Jokes write themselves. That’s next level Dad’ing right there, meta Dad’ing, extra dad’ing with a side of dad. Kyle “What’s a Paradox” Reese, Future Dad, we raise an extra ration in your honor!

Listen, this one’s a no brainer, but not for the reason you think. We all know the basics. You’re sound asleep after a long day of making sure the cows are milked and no young people are dancing to rock music. Then, you hear a crash in your backyard. You rush out and see a smoking ship and a baby and you and the wife decide to raise him as your own. I mean right there, that’s top level dad’ing. But let’s go a bit deeper, the fact that Clark Kent didn’t become a Proud Boy, Oathkeeper, or douche bag frat boy with 3 popped collars automatically puts Jonathan Kent in the final four of GOAT dads.

I mean think of all the ways Sups could have gone bad. Imagine Tucker Carlson with super strength or Steven Miller with the ability to build the wall himself. The fact that Clark never got Hammerskin tattoos, waved around Gadsen Flags, or had the urge to make “Smallville great again,” says that Jonathan was a good role model. I mean think about it, Clark was a reporter, he could have easily gone the Alex Jones/Sean Hannity route, but he didn’t. Clark resisted the impulse to ask John Stewart could he “touch his hair,” never once told Diana to “smile,” and I put that all on good home training. Jonathan Kent Sr., not a far-right wingnut dad, we raise a glass of milk in your honor!