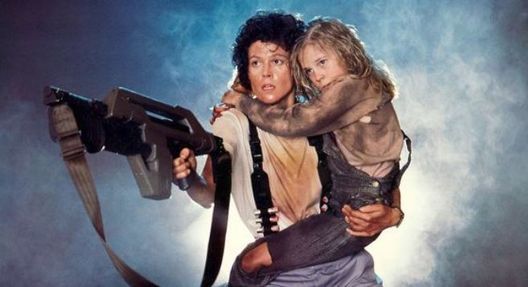 Moms…we all love them, right? I mean loving your mom is a very normal, human interaction, gotta pass this Turing Test type of thing to do, unless you’re Norman Bates. On this Mother’s Day, I would like us to sit back and think about some of the mothers out here in sci-fi/fantasy land. I mean, everyone gives Martha Kent love for raising Kal-El, but after that we kind of forget about the moms. Now granted, sometimes these mother’s start off great and ended up blowing a 28-3 lead. But some of these mothers need to end up on the Mt. Rushmore of Ma Dukes! There’s many mothers out there but here are seven that deserve to be highlighted. Who are some of your favorite sci-fi fantasy mothers? There are no wrong answers, except of course Padmé Amidala. 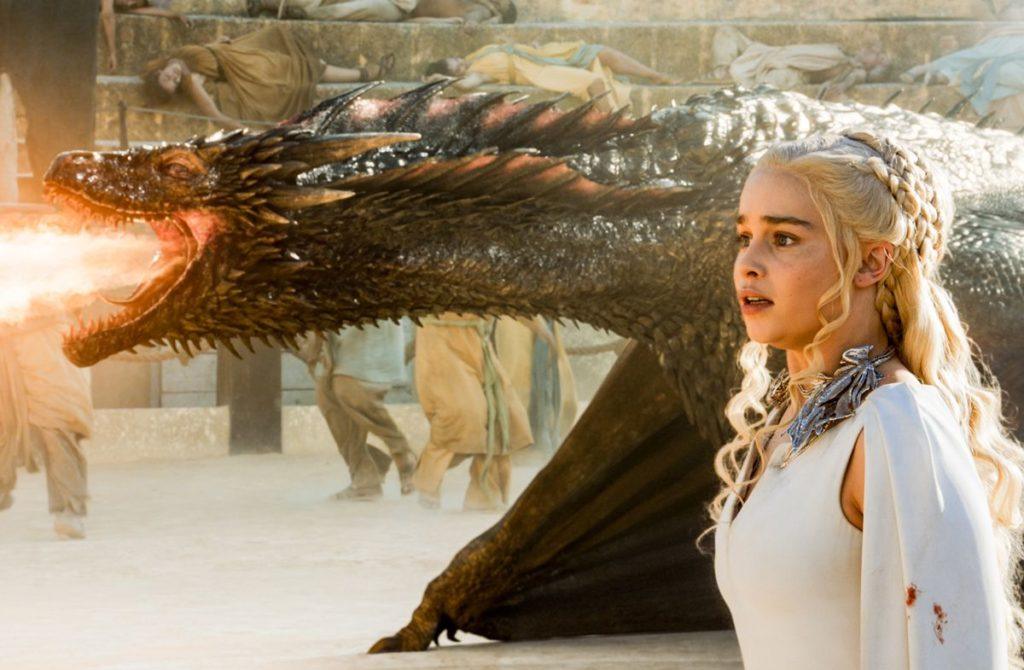 I mean, she started strong. Raised 3 dragons out of nowhere, birthed them in a funeral pyre of magic and murder, fed them a diet of slavers, oppressors, and overseers.  I mean, that’s a good upbringing, that’s a good start. But as time went on, she neglected the kids for her lovers, left them chained up, wasn’t feeding them regularly. Seriously, is there an 800 number for a dragon version of child protective services? Her lack of foresight ended up getting two of her children killed, one of which was turned into an ice zombie. That’s just bad parenting, no matter how you slice it. Let one of my kids get turned into an ice zombie, and that’s all I’m ever going to hear about for the next 20 years. Family reunions, birthdays, Cinco de Mayo, Arbor Day, doesn’t matter. Every argument is going to end with, “Well, at least my kid isn’t an ice zombie.” You lose points forever, there’s no coming back from “kid became an ice zombie.” 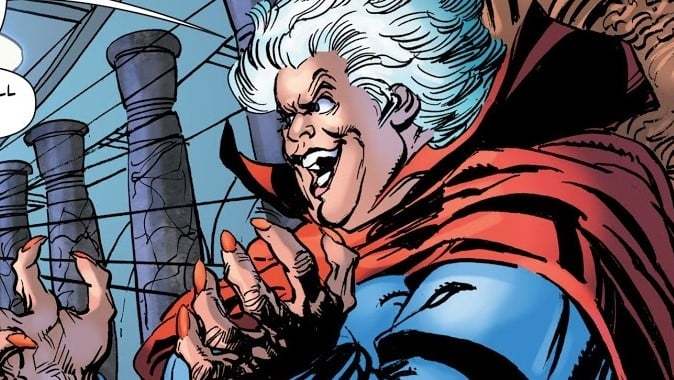 As far as traditional grandmothers go, Granny Goodness ain’t it. No cookies, no rum cakes, no grits and sausage in the morning. But what she lacked in terms of grandmotherly care, she made up for in brute efficiency. She ran the orphanage on Acropolis, oversaw the Furies, training them to be a commando force. Like many grandmothers before her, she had to raise a child that wasn’t hers. And like many grandmothers after her, that child wasn’t particularly grateful. Granted, Granny Goodness was evil, was working for evil incarnate and tying to enslave said child’s homeworld, but you can’t write, you can’t call?

5. Mother Boxes: Not really a mom 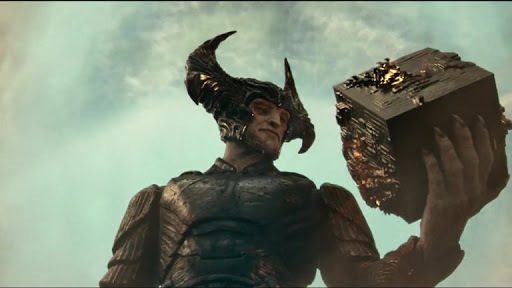 Pros: can help you track Doomsday, can transport aliens off earth, generate Boom Tubes, can be utilized by supervillains to break each other out of prison and can serve as a mediocre McGuffin in a mediocre movie.

Cons: cannot tuck you in at night or put band-aids on boo-boos. 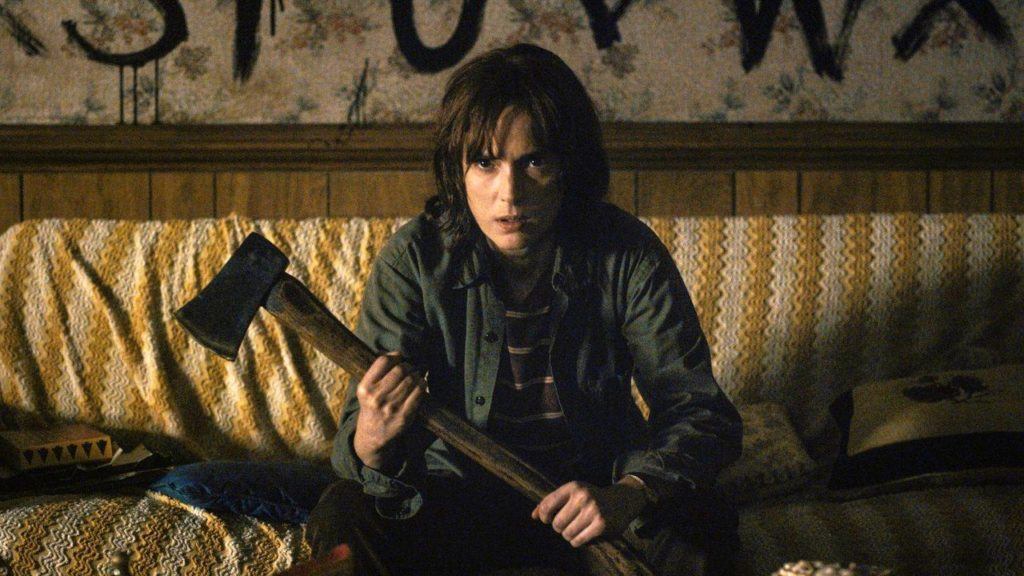 The cookout’s been canceled because of folks questionable “plus-1’s.” But if I had a BBQ at the house and I had a leftover paper plate, I’d put some mac-n-cheese, a piece of chicken and some potato salad on it. I’d put another paper plate underneath it, cover it in foil, and jog it out to the pick-up truck Joyce was riding in and wish her a good day. Joyce “Da Beast” Byers was not a woman to be trifled with. She knew something was wrong and wasn’t going to stop until she figured out what. She knew her son was alive, even after she was shown a corpse. She strapped up, entered the Upside Down and got her son back.  Season 2, she get’s him unpossessed by putting a little Tussin on Will. And most impressively, at the end of season 3, she said to Hawkins, “you know what, it’s not us, it’s you” and packed up everything and rolled out. That is some premier mothering! Did she do everything right at every moment, no. Joyce made mistakes, she made miscalculations, she fell in love with a hobbit.  But you know what Joyce has with her as she was leaving town… all her kids, +1. Did Daenerys have all her kids at the end of the show? Nope…game, Byers.

Most of you don’t know who Tigraine is yet. But you will and when you dig in and see her grit, determination and sacrifice you will see why she makes this list. Tigraine was born into a life of luxury, she was the daughter-heir of Andor, next up to sit on the throne. At some point in her life an Aes Sedai came to her and laid a prophecy in her lap, told her if she didn’t go to the desert and join a warrior society of women, the world was going to suffer. Now, some people would shrug this off, some folks would ignore it, but not Tigraine. She dips out that night, leaving husband and child and runs off to the desert to learn how to become a Maiden of the Spear.

Tigraine joins the Aiel in the desert, becomes a pledgee for the Maidens of the Spear, which is the Aiel equivalent of the Navy Seals. She eventually changes her name to Tigraine X, or Shaile (which translated means Woman Who Is Dedicated), makes a clan chief fall in love with her and travels to Cairhien to do war upon Laman Damodred. She gets pregnant in the middle of the war, stays to fight and ends up giving birth on the DragonMount. I am now instantly jealous that I can’t put “DragonMount” on my birth certificate. Yeah, anyway she does all this and come to find out, her child is the reincarnation of Lews Therin, the reborn dragon sent here by the pattern to fight off the dark one. Shout out to Tigraine X for holding us down. The folks in the Wheel of Time fandom, y’all know the deal, but for the rest of you, wait until next year when the series finally hits the small screen, or you can pick up Wheel of Time by Robert Jordan and jump into the fandom. 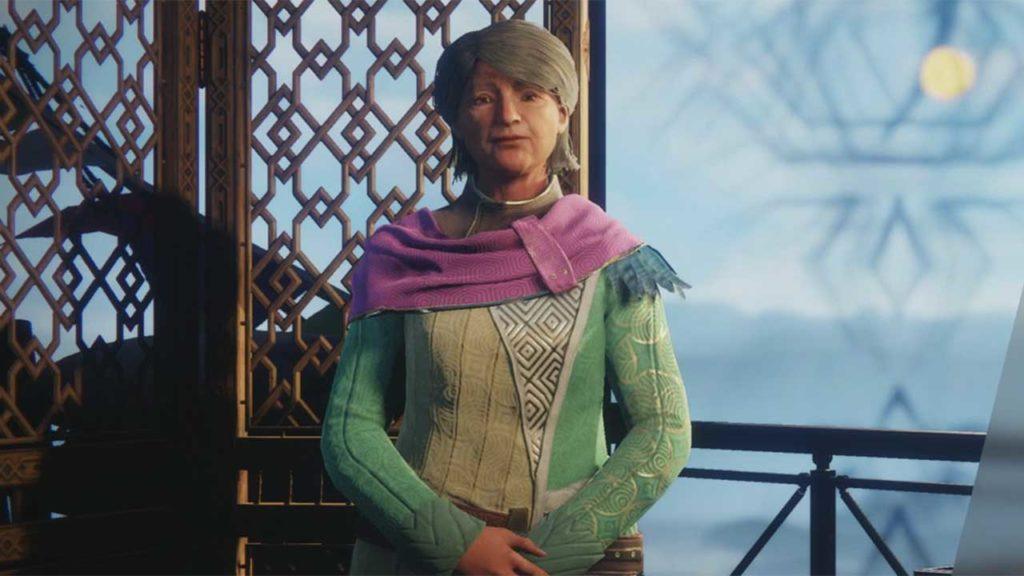 You know how every neighborhood has that collective grandma. That’s Eva, she is the grandmother of guardians. She’s been dropping us shaders and emblems since The Tower stood unbroken. She’s been decorating every holiday and pouring out a little liquor for the guardians we’ve lost. Eva helped us celebrate the Dawning and probably bought you your first Sparrow, just told everyone to keep it quiet, while she slipped some glimmer into your account. Eva is the low-key grandma who doesn’t want to make a fuss but slips some bright dust or a sniper rifle in your pocket while no one is looking. And while you have never actually seen her kids come around, it doesn’t matter because she’s adopted everyone. I’m pretty sure when we don’t see Eva in game, she’s in The Tower basement, patching up old ghosts and oiling shotgun barrels. But just when you think you’ve figured out gun toting granny, she pops on an apron and whips up a batch of Gjallardoodles for Commander Zavala. Eva Levante, gun runner, interior decorator, baker. 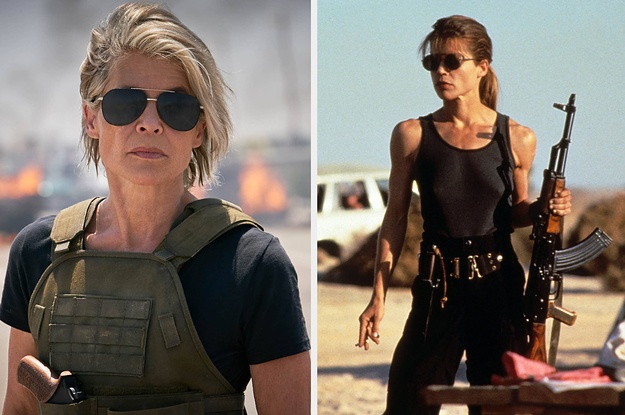 I mean, listen. The mom of moms, breaker of timelines, birther of prophecy, destroyer of T-units, 1st of her name. Sarah Connor (and I guarantee you read her name at least once in Arnold’s voice), is the gold standard of sci-fi/fantasy moms. Everyone needs to put some respeck on Sarah Connor’s name. The fact that there was a rapper named Charli Baltimore before there was a rapper named Sarah Connor is a travesty of justice. In the grand game of “My mom is more kickass than your mom,” no one beats Sarah Connor.

Who broke TIME & SPACE to save her son? Sarah Connor.  Who uses paradox to season her scrambled eggs? Sarah. Who fought off a cyborg assassination unit with a hydraulic press? S. Dot Connor, that’s who. Who taught her son guerrilla tactics and made him able to wage war on the machines? Gotta be SC. Who leaves in her will, directions that a hidden cache of weapons be made available after her death…just in case John needs to set it off? Ms. Connor. Happy Mother’s day Sarah, you deserve the day off.

Hit us up and let us know some of your favorite fantasy moms out there.