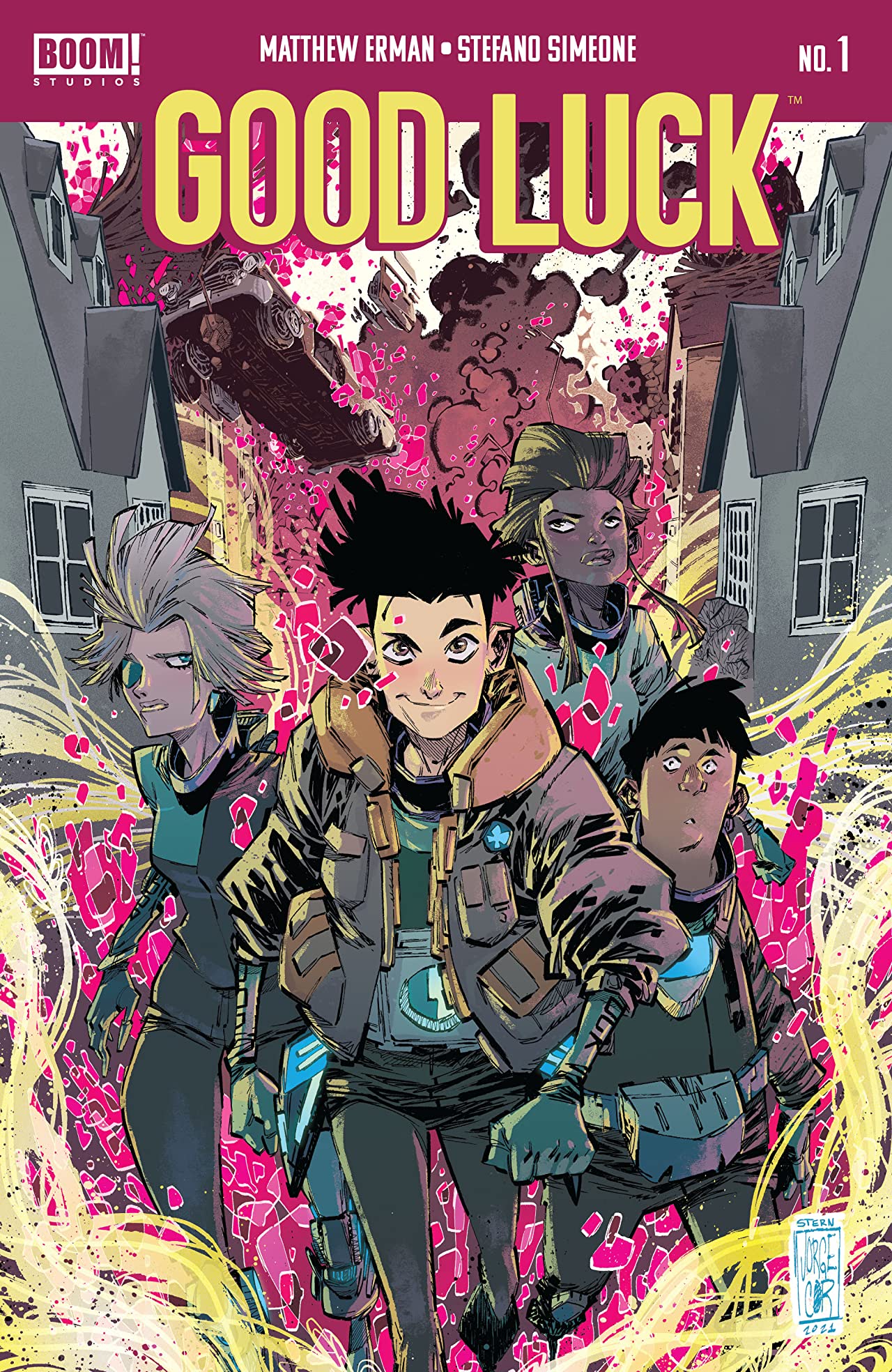 If you take a little bit of Ender’s Game, a snippet of Mass Effect, and just a fraction of Artemis Fowl and mix them up with some high concept science fiction, you’ll probably come up with a close approximation of Erman and Simeone’s Good Luck, the latest ongoing from Boom! Studios. The premise is staggeringly familiar: in a small town in the Midwest of the United States everything was perfectly normal until something entirely unexpected happened, then everything changed forever, and now there are consequences.

To be a bit less coy, Good Luck is set in an alternative version of our world about thirty years in the future that was developed during a time where “luck” had become an explicitly quantifiable quantity after two gods manifested in 1989. And in this society, people have it intrinsically except for our protagonists. Enter our principle point of view character, Artemis: a lovable laissez-faire rogue teenager with an attitude with aspirations of being a musician and no luck to speak of. In addition to rampant technological problems and generally being ostracized by folks, Artemis is also inexplicably responsible for saving the world because his lack of luck puts him and his companions in a distinct position to combat the luck-centric entities.

Erman and Simeone work hand-in-hand to make a very engaging world. There are a variety of cyberpunk aesthetics and bold design choices that make Good Luck easy to gawk at. There is a fluidity to how the characters flow and a good mix of action and comedic beats. Erman does get a little heavy handed with the expositional dialog at points, but that is partly forgivable given that this is a brand new title. There are a lot of high concept topics to try and unpack so the rest of the story can unfold. Artie and his cohort are caught up in machinations way above any teenager’s head, and they are doing the best they can. Erman excels at capturing the Midwest cadence, and the sprinkling of small linguistic quirks are welcomed texturing to the world that make the setting of Little Kentucky, Ohio a little bit more meaningful.

Simeone gets ample opportunity to flex a lot of cool effects given the variety of set pieces and manages the incredibly difficult job of convincingly creating visual indicators of good and bad luck. This makes luck feel like a believable, new, and tangible physical force in the universe.

Good Luck #1 has an incredibly promising start with an oddball compelling concept that, I am hoping now that it has been established by the creative team, can more efficiently take us through an adventure in this weird world.