Ride or die, animation is one of my favorite genres when it comes to film.

With that being said, I am none too familiar with the fantastic wave of animated projects coming out of China. Heck, I’m not even an expert when it comes to Chinese folklore and fairytales.

But that’s fine, as GKIDS, the distributor of the best-animated films in the world is moving to bring to life what Richard Kuipers of Variety says is a “famous Chinese folktale get[ting] an origins story in this colorful animation aimed at grown-ups”. From Light Chaser Animation, one of China’s premiere animation studios, and directed by Amp Won and Zhao Ji, comes a stunning new take on a classic legend that can hopefully serve as a gateway to the incomparable work of China for animation fans of the West. 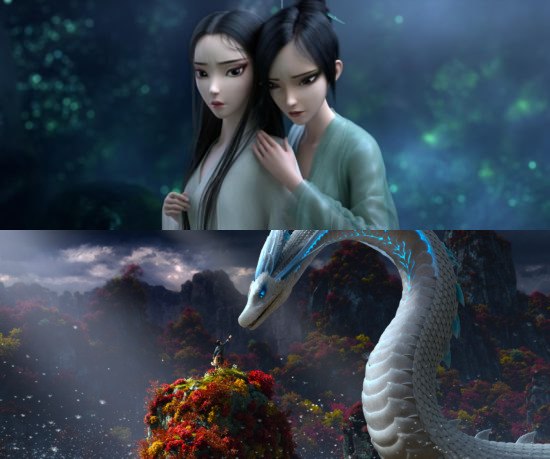 The film follows a young woman named Blanca, who is saved by a snake catcher by the name of Xuan. Xuan is from a nearby village and it is opportune that he was around as Blanca has completely lost her memory: she has no idea who she is, where her home is and, more importantly, if she was running from some dangerous persons or circumstances. As the two agree to travel together to discover her real identity, they discover much including their budding feelings for each other.

But as they learn more about her past, the two young lovers uncover a darker plot of supernatural forces vying for power, with the fate of the world precariously hanging in the balance. Conceived as a prequel to one of the oldest and most enduring stories in all of Chinese history, White Snake presents a sumptuous tale of “trickster demons, deadly mythical beasts, assassins, wuxia action, and the promise of eternal love.” 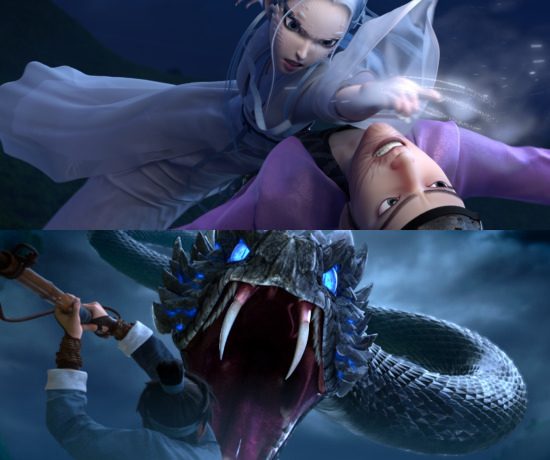 There’s so much happening in this trailer, and it is a feast for your eyes, indeed! There are two young lovers with an against-all-odds aka ride-till-I-die-or-until-the-wheels-come-off type of love. There’s a scruffy and lovable dog (And HE TALKS!!!) along with two sisters whose relationship towards each other is purely complicated, so Frozen fans might dig that. So. Much. Fast. Paced. Action. This offering looks to feature some incredible fighting scenes paired with lovely and impossible landscapes with demons, animals of mythical origins and even scenes to make you feel floaty inside and so much more. Through GKids, Light Chaser Animation’s White Snake just may be my true entry point or gateway into the wondrous world of feature-length animated films from China. Trickster Gods, Star crossed lovers and learning about Chinese folklore through one of my favorite mediums and genres, here I come! 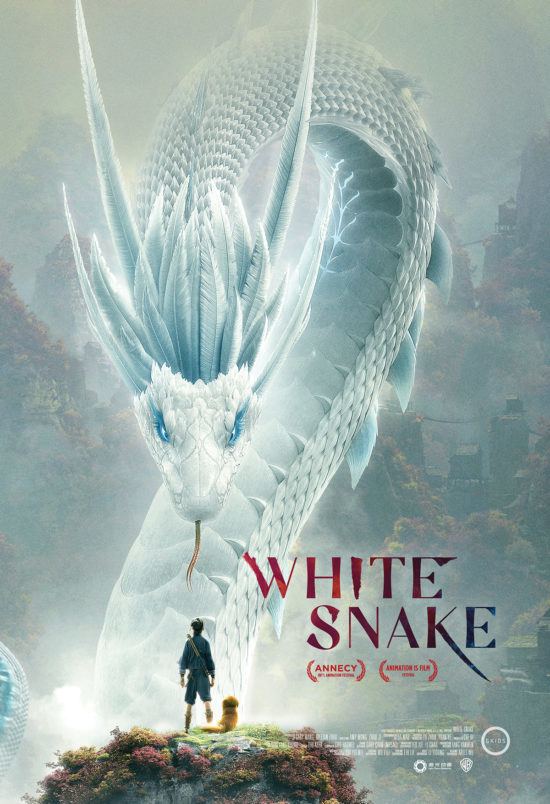 Conceived as a prequel to one of China’s greatest folktales, WHITE SNAKE is a tale of star-crossed love and trickster demons.